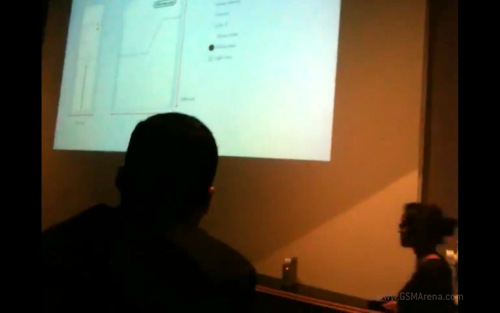 They were taken by a spy camera at a closed developer event. END_OF_DOCUMENT_TOKEN_TO_BE_REPLACED

Good news, Motorola Defy owners, your Gingerbread is on the way. What’s even better is that a leaked image coming straight from the Motorola dev center will allow the most knowledgeable among you to bring their handsets to Android 2.3.3. right now. 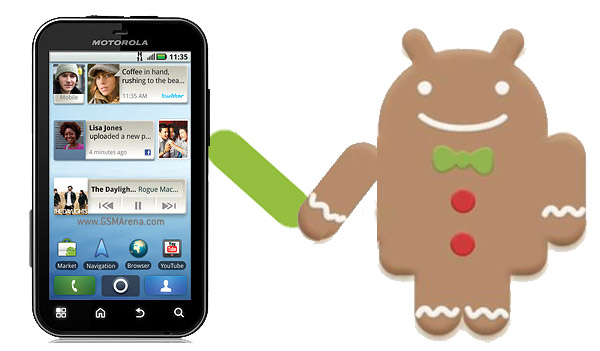 Of course, even though it’s an official image, it’s not the final thing (or Motorola would have released it themselves). END_OF_DOCUMENT_TOKEN_TO_BE_REPLACED

Iconia Tab A500 and the Eee Pad Transformer will get Honeycomb 3.1 in June

The Acer Iconia Tab A500 and the Asus Transformer will be getting the latest Android Honeycomb version 3.1 in early June.

This was supposedly confirmed by both companies to This is my next dot com. Asus indeed has confirmed it on its Facebook page. END_OF_DOCUMENT_TOKEN_TO_BE_REPLACED

Is Apple prepping a surprise product announcement for 19 May?

Apple love their secrets and this instance is no different. Although the big , I mean fruit, have yet to confirm anything officially, signs point to Thursday, May 19th as a day to mark down in your calendars. 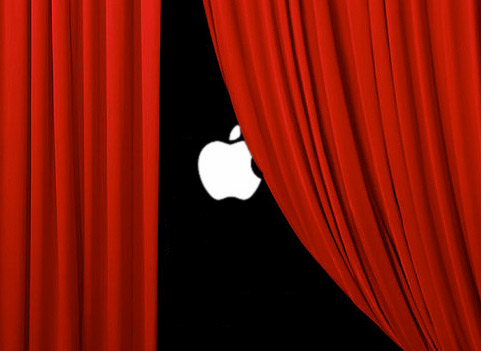 Why? What has made you put your conspiracy hat on GSM Arena? We’ll sources say somethings afoot and it makes sense to pin it down to the 19th as the start of something, as this marks the Apple Store’s 10th anniversary.

So lets look at the facts END_OF_DOCUMENT_TOKEN_TO_BE_REPLACED

The rumor of a 10” Android tablet has re-emerged, this time with more details and a couple of screenshots too. The tablet, named as the HTC Puccini, sports a WXGA (1280 x 800) screen and runs Honeycomb according to some specs from a leaked ROM. 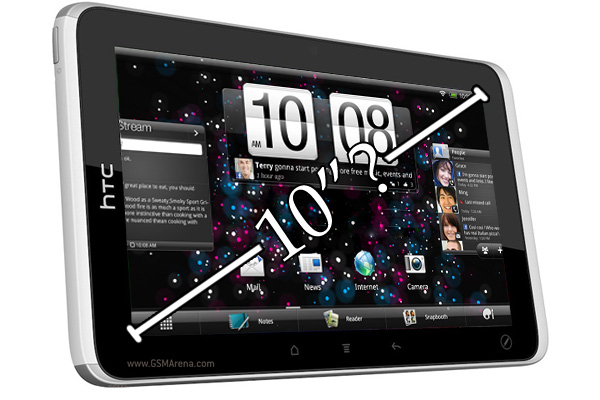 Aside from the bigger screen, the Puccini tablet should also pack more processing power thanks to the confirmed dual-core Snapdragon inside. END_OF_DOCUMENT_TOKEN_TO_BE_REPLACED

Visa unveiling the most comprehensive mobile payment scheme to date

Credit card giant Visa plans to roll out the most extensive digital wallet system ever attempted by a credit card processor, bank or carrier that will focus on NFC in its implementation across Canada and the US. To kick the service off they need to see a greater adoption of NFC readers from merchants, those willing to pay transaction fees back to Visa or its partner banks whilst using the service. 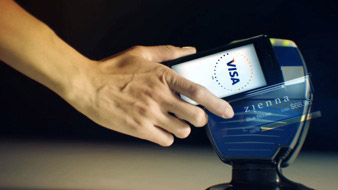 Visa already uses NFC readers (about 150,000 of them) in conjunction with its PayWave service but this new scheme sees Visa make far greater use of its existing reach. There are currently over 1.8 billion Visa cards in use worldwide, usable at over 30 million stores, with more than 50% of credit card transactions in the US being handled by Visa followed by MasterCard, American Express and Discover as the next largest companies. END_OF_DOCUMENT_TOKEN_TO_BE_REPLACED

Motorola DROID X2 set to launch on 26 May

Motorola DROID X2 just can’t stop showing its face before the official announcement. It is supposed to hit the stores on 26 May, while the pre-orders will start shipping on 19 May. 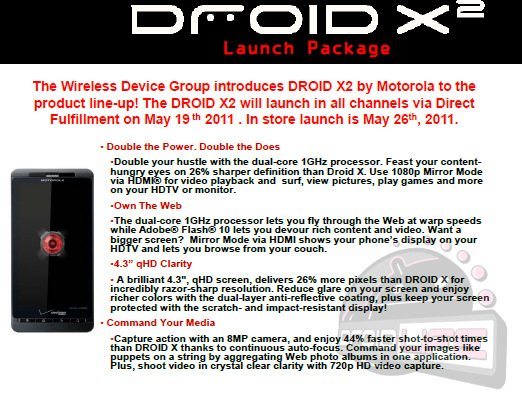 Now what about we get an official announcement, mmkay? END_OF_DOCUMENT_TOKEN_TO_BE_REPLACED 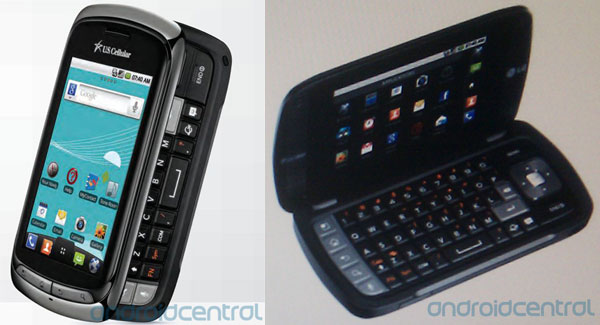 A 10-inch BlackBerry PlayBook may be on the horizon, Sprint’s PlayBook delayed indefinitely

The Internet rumor mill is talking about two BlackBerry PlayBooks – a new 10” model and one that has been delayed. Supposedly, the 10” PlayBook is intended to be sold alongside the 7” model and will not replace it. 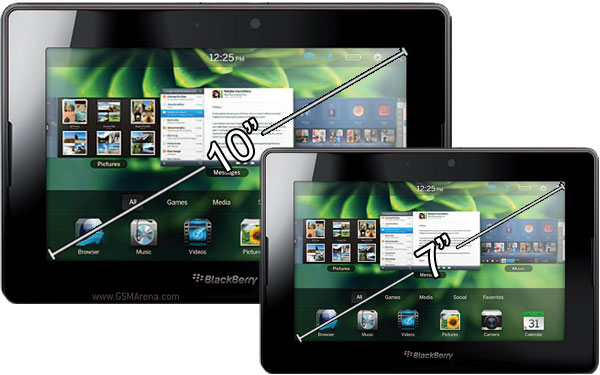 As for the delayed one, the chatter is that Sprint’s 7” CDMA PlayBook has been delayed again (it was originally scheduled for 19 April), this time indefinitely… END_OF_DOCUMENT_TOKEN_TO_BE_REPLACED

Rumors about the naming of the next Android iteration have been around ever since Honeycomb came out and it seems most of them were right. The Ice cream sandwich moniker has just been confirmed by a Google employee on the Android support forums. 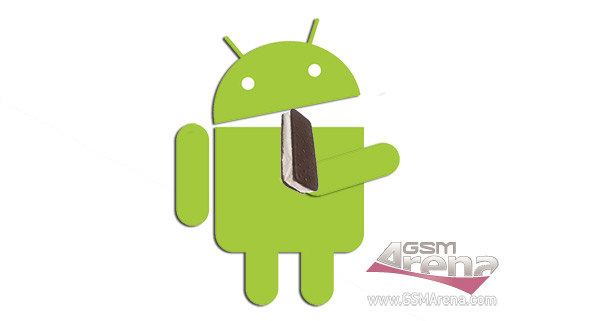 What’s more interesting though is that the same forum member mentioned that it will bring a fix for the SweepGradient on paint on Android 3.0 Issue. And no – it’s not important what that class does (though it’s fairly obvious) – what matters is that Android Ice cream sandwich will be an update to Honeycomb. It could be the Android 3.1 that Adobe carelessly mentioned last week. END_OF_DOCUMENT_TOKEN_TO_BE_REPLACED

LCD-based tablet from Amazon is coming in the second half of this year, the new Kindle? 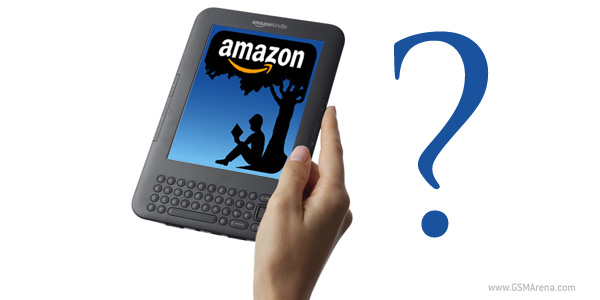 However, E Ink Holdings, the company behind the Amazon Kindle electronic paper display, says there won’t be a new e-paper display from them until next year… END_OF_DOCUMENT_TOKEN_TO_BE_REPLACED

Okay, let’s rewind this a bit. Remember the two Android tablets that Sony announced? They also showed two netbook-ish computers. The first was dubbed Ultra Mobile PC (UMPCs were the “Neanderthals” to netbooks). 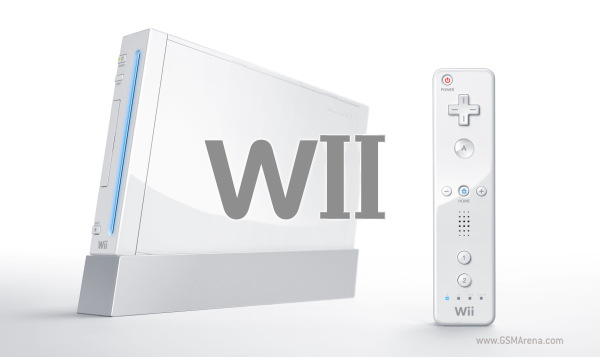 Nintendo gave no more official information on the subject, but its CEO promised to bring a new approach to home gaming consoles. END_OF_DOCUMENT_TOKEN_TO_BE_REPLACED 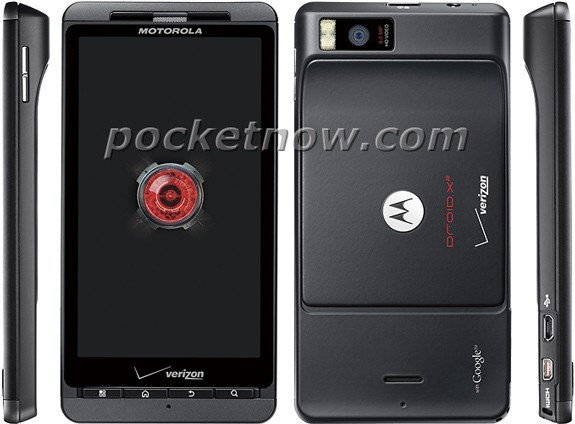 The device, logically, sports Verizon Wireless logo on its back along with the familiar Droid graphic on the screen. END_OF_DOCUMENT_TOKEN_TO_BE_REPLACED

Next Dell Streak and set of Windows 7 tablets leak

Dell has leaked some specs to go with their leaked roadmap from February. The Dell tablet family is getting some new additions each with its own different personality. 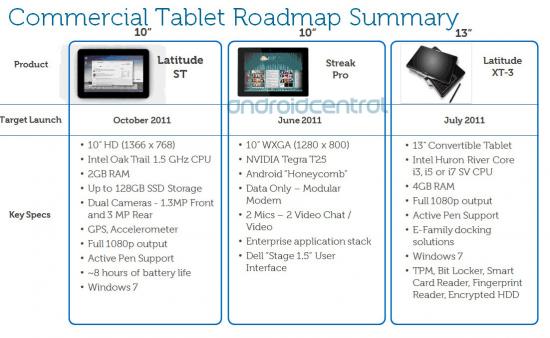 The 10″ Streak Pro should be released as soon as this June, sporting Android Honeycomb, Dell’s Stage 1.5 UI and an Nvidia Tegra T25 chipset along with 2 mics and 2 cameras. Following up is the larger 13″ Latitude EX-3; a convertible lap-tab that comes with the option of an i3, i5 or i7 processor, 4GB of RAM, support for full 1080p output, a various slew of peripheral options and all on Windows 7. END_OF_DOCUMENT_TOKEN_TO_BE_REPLACED