WhatsApp on your wrist? Why not?

You can already have an encyclopedia on your wrist, so why not a messaging service? 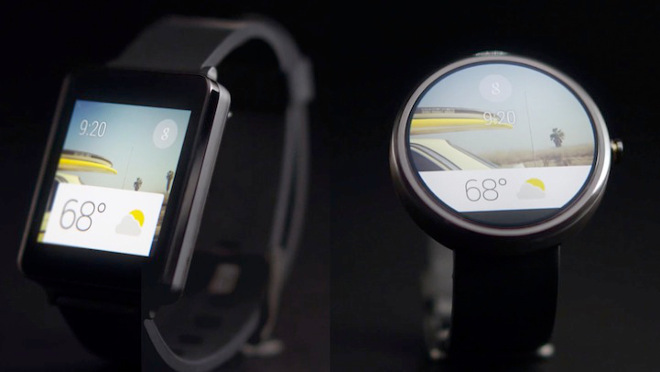 That’s at least the thinking behind the makers of WhatsApp, who have released their app for Android Wear. END_OF_DOCUMENT_TOKEN_TO_BE_REPLACED

If the recently gone native Wikipedia mobile app seems to much of a hassle for you, meet Attopedia – the first Android Wear app to put Wikipedia on a smartwatch. 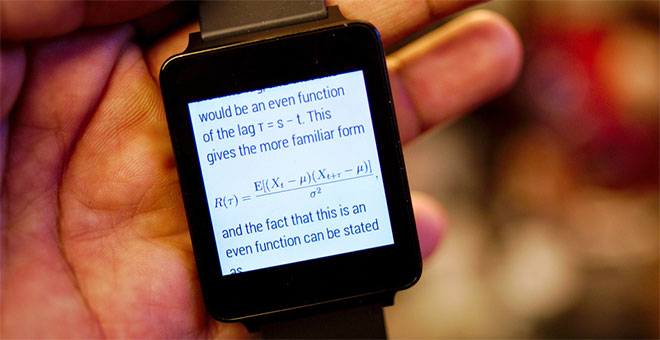 The app is free and features an interesting UI paradigm in line with Android Wear’s gesture based control. Once you’ve selected an article, swiping up or down selects an article section, while a left or right swipe explores the content of the section. END_OF_DOCUMENT_TOKEN_TO_BE_REPLACED 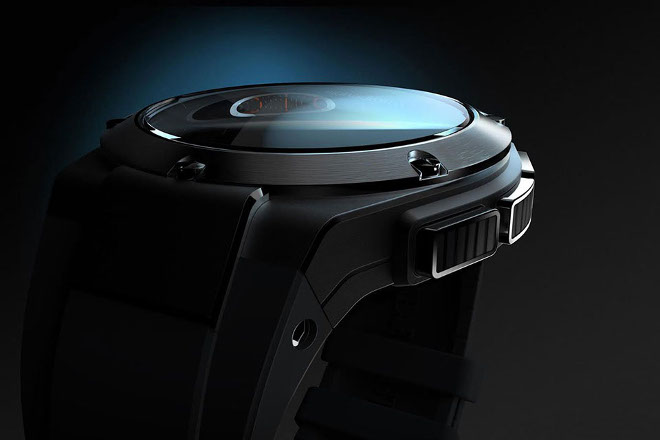 Well it looks like HP is entering the smartwatch game, with a smartwatch that classes is up above all current offerings. END_OF_DOCUMENT_TOKEN_TO_BE_REPLACED

Moto 360 rumored to be made out of plastic, measures 48mm in diameter

Motorola announced the Android Wear running Moto 360, but was mum about a lot of details, including a launch date. The company also showed a bunch of photos of the smartwatch, on which it appears to be made of metal. Well, not so fast with the conclusions. 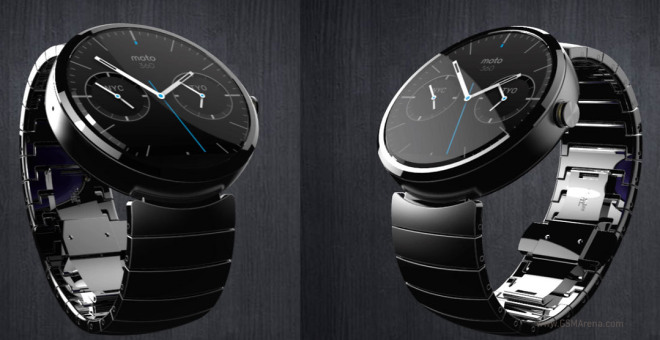 The latest rumors have it that the phone will actually be made out of plastic. Additionally, because of the wireless charging feature, the Moto 360 is rumored to be 13.5mm thick. In comparison, it’s brethren the LG G Watch and Samsung Gear Live are 9.9mm and 8.9mm thick, respectively. END_OF_DOCUMENT_TOKEN_TO_BE_REPLACED

The round smartwatch field may heat up very quickly – Motorola is taking its sweet time to put the Moto 360 on sale, while Samsung has already patented three round smartwatch designs. OnePlus may also throw its hat in the ring as there are already 3D renderings for promo material of the OneWatch. 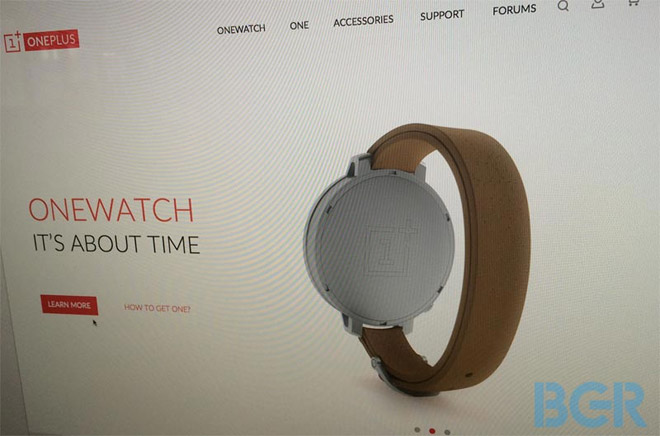 A photo of what appears to be the product page of the OneWatch along with some sketches reveal the smartwatch’s specifications and that it might be close to ready. END_OF_DOCUMENT_TOKEN_TO_BE_REPLACED

There is no word on what product will Samsung use the patented name. END_OF_DOCUMENT_TOKEN_TO_BE_REPLACED 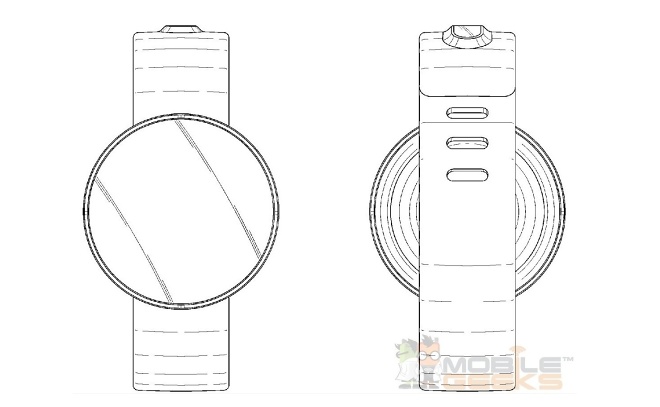 The patent number is US D709,873 S and covers the design of three smartwatches with slightly different displays and straps. All of them feature a camera on the strap, which may indicate the use of Tizen OS over Android Wear. END_OF_DOCUMENT_TOKEN_TO_BE_REPLACED

You own a Galaxy Gear and need to get somewhere but don’t know the way. While Google Maps integrates with Android Wear, your Tizen-powered Samsung Gear smartwatch can’t use Android Wear apps. How to get out of this conundrum? The free D.M.A. Navi Watch app. 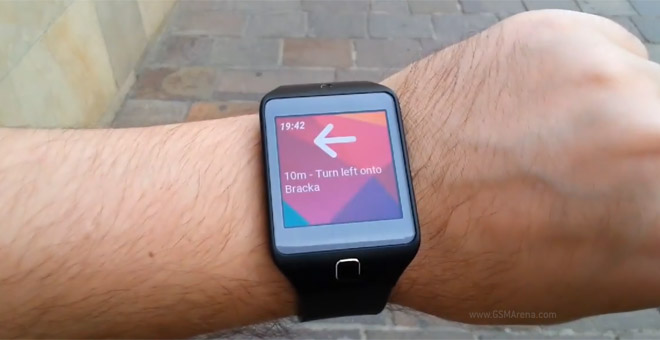 The app still uses Google Maps for navigation, but transfers the notifications put out by Maps onto your wrist. END_OF_DOCUMENT_TOKEN_TO_BE_REPLACED 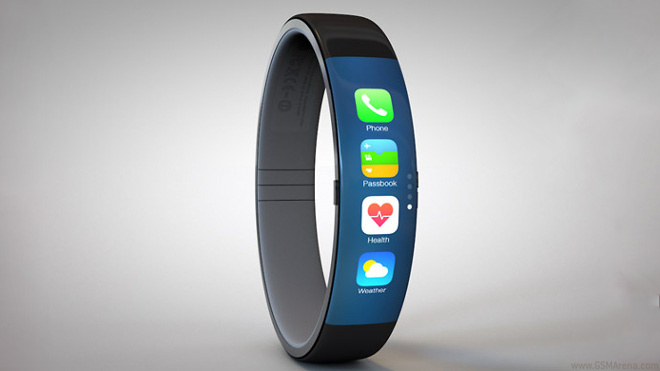 TPK, which expected solid profit in Q3 because of the deal with Apple, has now reevaluated things with a higher Q4 profit expectation. The reason – TPK expected the Apple iWatch to enter mass production in the third quarter, not the fourth one. With this development doubts have risen as to whether Apple can build the quota of iWatches it needs to meet 2014 demand. END_OF_DOCUMENT_TOKEN_TO_BE_REPLACED

The rumors surrounding Apple’s upcoming iPhone 6 and alleged smartwatch have reached Jimmy Kimmel, who decided to play a practical joke on bypassers on the Hollywood Boulevard. His team decided to stick an Apple logo on a $20 Casio watch and see how people react to the company’s latest gadget. 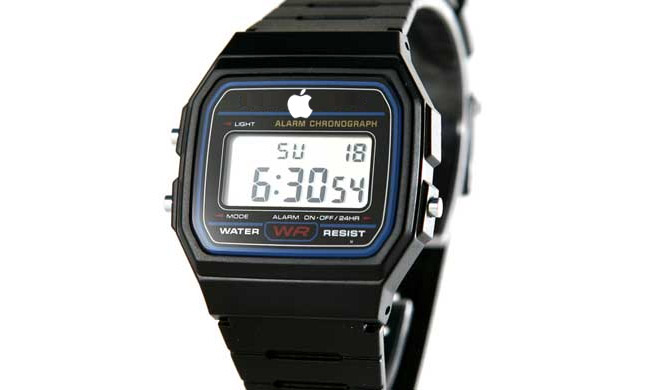 And what do you think happened? Everyone fell for it, thinking that Apple has managed to pull off a classic, yet modern version of a watch. END_OF_DOCUMENT_TOKEN_TO_BE_REPLACED

Chinese smartphone manufacturer Xiaomi, who just unveiled its latest Mi4 smartphone, has outed a fitness band to go with its new flagship for the unheard of price of CNY 79, or $13. 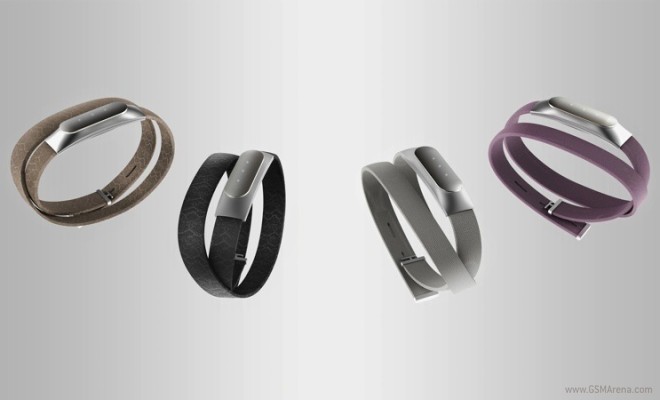 The new Mi Band will track your movement and sleeping patterns, wake you up based on your sleep cycle via vibrating alarms, and is also water resistant with an IP67 rating. END_OF_DOCUMENT_TOKEN_TO_BE_REPLACED

The original Samsung smartwatch, the Galaxy Gear that debuted last year alongside the Galaxy Note 3, is now in the process of receiving the update to Tizen in the US. 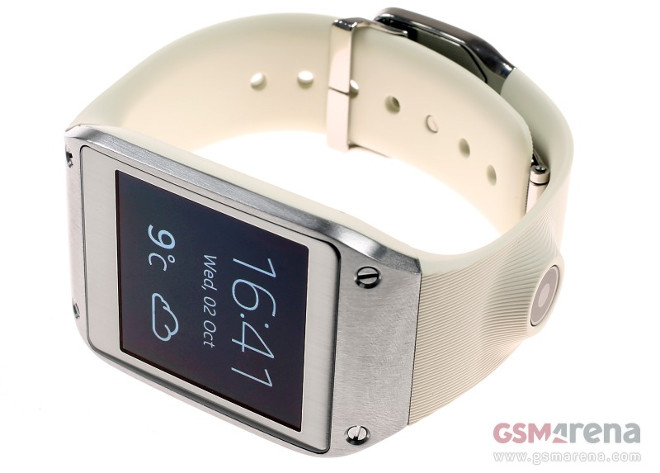 This update began rolling out at the end of May, but only starting today can US-based owners of the Android-powered Galaxy Gear actually install it. After doing that, the OS of the watch will change to Tizen, bringing it in line with the Gear 2 and Gear 2 Neo. END_OF_DOCUMENT_TOKEN_TO_BE_REPLACED 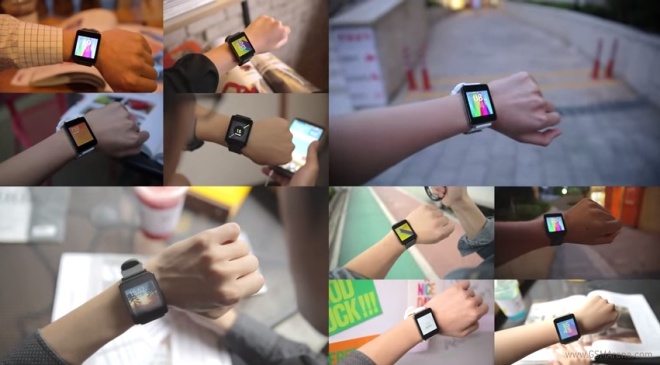 LG G Watch comes with a 1.65-inch IPS LCD touchscreen with a resolution of 280 x 280 pixels. The device is powered by a Qualcomm Snapdragon 400 chipset and has 512MB of RAM, 4GB of internal storage and a 400mAh battery. END_OF_DOCUMENT_TOKEN_TO_BE_REPLACED

If the rumors are to be trusted, there will be one iWatch model sporting 1.6-inch display and two other models with 1.8-inch panels. END_OF_DOCUMENT_TOKEN_TO_BE_REPLACED

You may have seen projection clocks, but what if you could wear one of those on your hand? That’s what the makers of Ritot are campaigning for on IndieGoGo – a smart band that uses a projector to cast a big, readable notifications on your wrist. 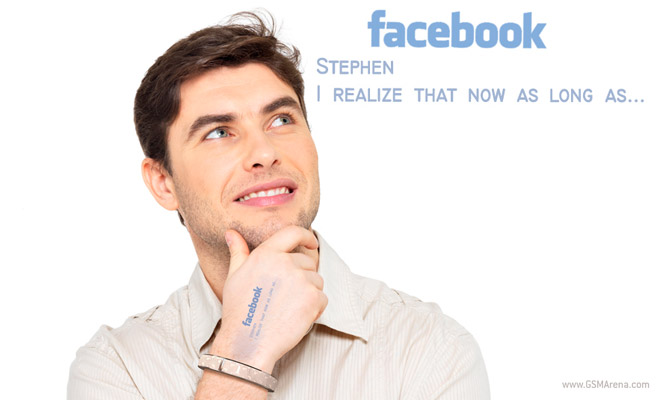 It has to be said the prototypes look much better than regular smart bands – an aluminum ring covered in leather, the Ritot can pass for a fashion accessory. END_OF_DOCUMENT_TOKEN_TO_BE_REPLACED