Wikipedia is now available on iOS as a native app

Wikipedia is now available as a full-blown app on the Apple App Store, following its release on the Google Play Store more than a month ago. 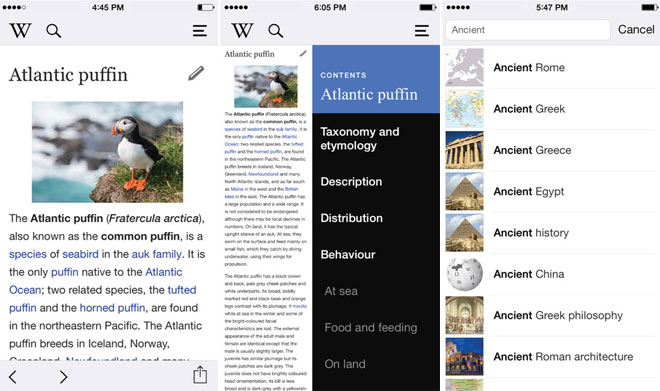 Previously, Wikipedia relied on wrapping its mobile website in an app format, but now the largest online encyclopedia is available for the two most popular mobile operating systems as a native application.

Wikipedia’s app offers clean user interface and a slide-out menu for browsing the contents of an article. There’s also a sharing button on the bottom, as you’d normally expect since iOS 7.

If you’re in a country where the data traffic generated by the browsing of the online encyclopedia is free as per the Wikipedia Zero initiative, the app will warn you that opening an external link would no longer be free.

However, the native Wikipedia app isn’t only for reading, but it also offer article editing as well. You can do edits anonymously if you want to. Now, the Wikimedia Foundation has only Windows Phone and BlackBerry left to cover with a native app.