This new Playstation 3 ad is truly an awesome watch

You know that here on the GSMArena Blog we like throwing cool video your way every now and then and this Playstation 3 ad is just that. 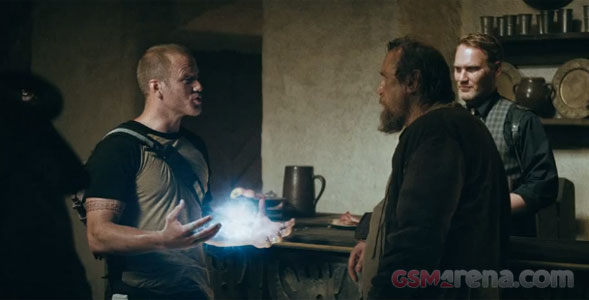 It promotes Sony’s gaming console in a rather extraordinary way by gathering all the iconic PS3 game characters like Snake from the Metal Gear Solid series and Kratos from God of War. The list goes on and on, but you should really get this video playing by now. END_OF_DOCUMENT_TOKEN_TO_BE_REPLACED

END_OF_DOCUMENT_TOKEN_TO_BE_REPLACED

So give the table below a quick look and answer us the big one – will you be getting the new iPhone 4S?
END_OF_DOCUMENT_TOKEN_TO_BE_REPLACED 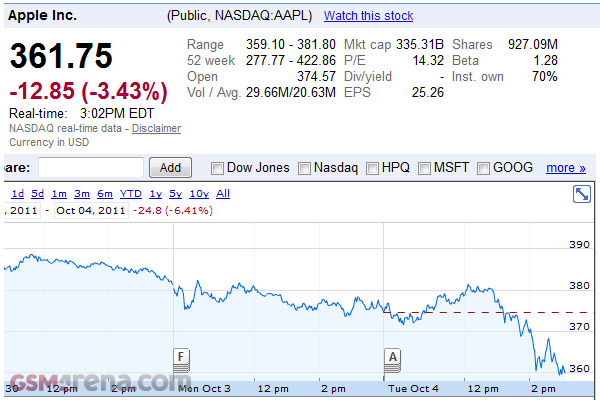 END_OF_DOCUMENT_TOKEN_TO_BE_REPLACED

The full Touch Apps family includes: Photoshop Touch, Debut, Proto, Collage, Ideas and Kuler. Let’s break them down and see what each of them is good for. END_OF_DOCUMENT_TOKEN_TO_BE_REPLACED

In about 24 hours the recently appointed Apple CEO Tim Cook is going to hit the stage at Apple’s Campus in Cupertino and, as the invitation for the event suggests, he is going to talk iPhone. 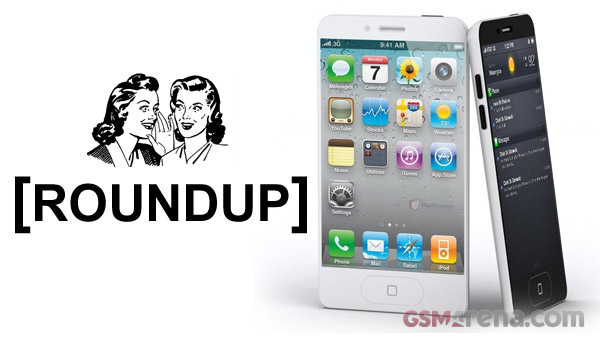 Over the last couple of weeks the Internet has been overflowing with rumors about how many iPhones will the company actually announce. Although the invitation that Apple sent out suggested that only one phone will be revealed, there are is compelling evidence that we should expect two separate devices coming later in the fall.

END_OF_DOCUMENT_TOKEN_TO_BE_REPLACED

Probably not many of you are aware of this, but October is the National Breast Cancer Awareness Month both in the Europe and in the US and in order to show its commitment to the issue, Samsung Netherlands in cooperation with KPN telecom starts selling special Pink Ribbon editions of the Galaxy S Plus and Ch@t 335. 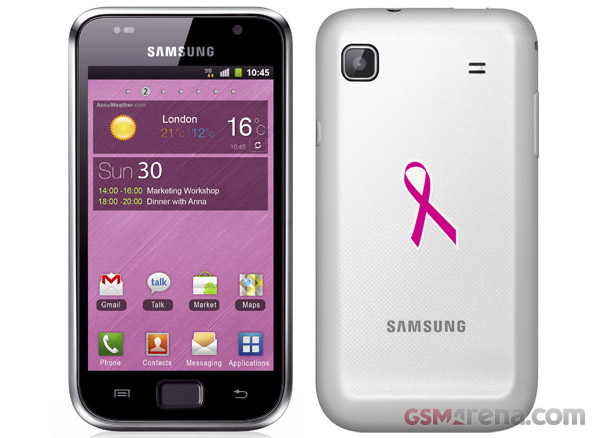 Both handsets will feature white back panels with the special Pink Ribbon logo, showing support to patients with Breast Cancer and hopefully increasing the awareness of the disease, which is not fatal if caught on time. END_OF_DOCUMENT_TOKEN_TO_BE_REPLACED

The latest version of Skype is finally out for Android and it brings the long-awaited two-way video calling. You can now make video calls to anyone who is on Skype whether they are on a PC, iPhone or a Mac.

Unfortunately, currently only four handsets are officially supported for video calling and the lucky ones are the Samsung Nexus S, HTC Desire S and Sony Ericsson’s Xperia pro and Xperia neo. END_OF_DOCUMENT_TOKEN_TO_BE_REPLACED 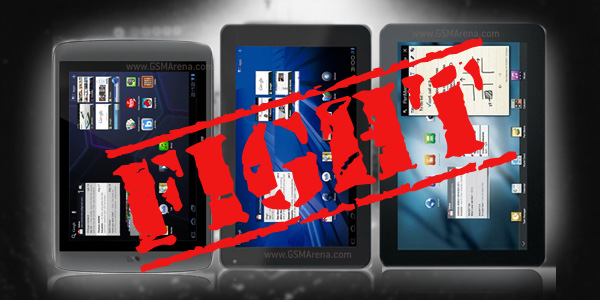 So we pitted the freshly announced 8-inch Archos 80 G9 against the 3D-shooting 8.9-inch LG Optimus Pad and the slim Samsung Galaxy Tab 8.9. The Archos 80 G9 has some interesting tricks up its sleeve like a 1.5GHz dual-core Cortex-A9 processor and an optional 250GB HDD. The LG Optimus Pad on the other hand can shoot 3D videos and the Samsung Galaxy Tab 8.9 boasts seriously good looks and a gorgeous screen. END_OF_DOCUMENT_TOKEN_TO_BE_REPLACED

Samsung Galaxy S II will attempt to fly back to its space home, lifts off July 15

Samsung Galaxy S II is about to enjoy a very special promotion treatment in Japan. On July 15 it’s going to lift off into the stratosphere, the second layer of Earth’s atmosphere, about 30 kilometers (98,000 feet) in the air. 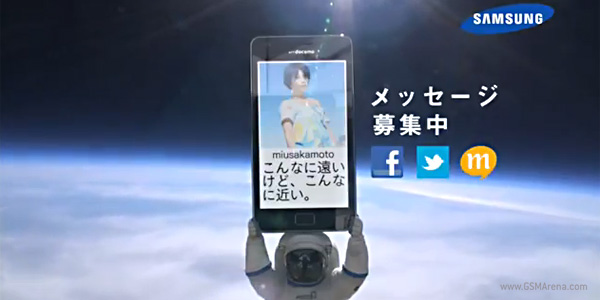 While the Galaxy S II won’t go outside our own Milky Way galaxy, it’s going to join another astronaut member of the Samsung family, the Nexus S, which flew at the same height last Christmas. END_OF_DOCUMENT_TOKEN_TO_BE_REPLACED 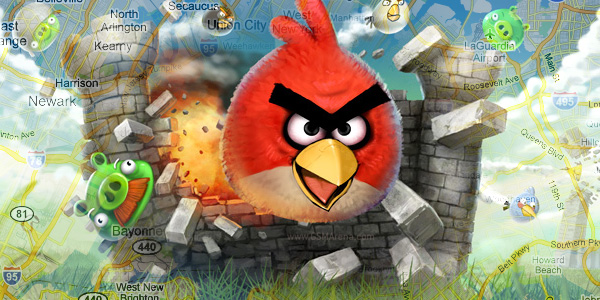 Now Rovio is taking Magic one step further with special location-aware integration in Angry Birds. When you go to your favorite cafeteria, for example, you might be offered to unlock some cool stuff. END_OF_DOCUMENT_TOKEN_TO_BE_REPLACED

Could this be the best iPhone 4 replica to date? And it runs Android! [VIDEO]

If you’ve been hesitating between buying an Apple iPhone 4, but you’ve always admired and preferred the freedom Android provides, you can now find some peace and get the GooApple 3G (whew!). This unholy creature combines the body and looks of an iPhone 4 with the “soul”, as Steve Jobs likes to call the software, of Android. 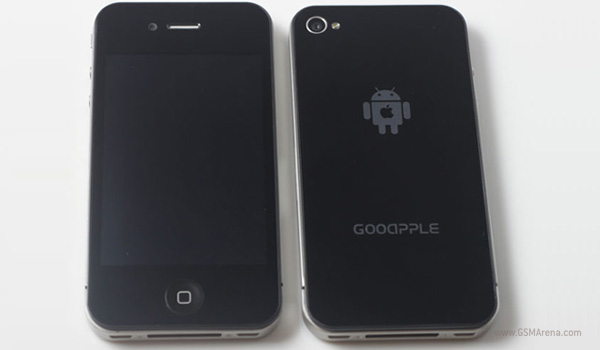 The GooApple 3G comes from the great copyland of China and is replicated to such a degree that even screen protectors and cases designed for the iPhone 4 will match perfectly. When you turn it on, you might get fooled that it’s running iOS 4, but you’d be wrong. This thing runs Android 2.2 Froyo and is so deeply skinned to look like the real deal that it fills you with amazement. END_OF_DOCUMENT_TOKEN_TO_BE_REPLACED 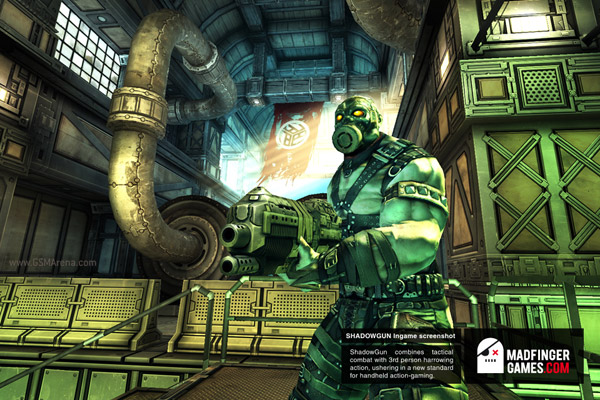 The answer to this is NVIDIA’s upcoming quad-core Tegra Kal-El chipset, which gets a lot of attention lately and for a reason. SHADOWGUN takes full advantage of the advanced graphic capabilities of the Kal-El chipset and as you can see from the trailer below runs more than well utilizing the four cores like it should. To the max. END_OF_DOCUMENT_TOKEN_TO_BE_REPLACED

The BlackBerry Playbook hitting a dozen international markets this month

The 7-inch BlackBerry Playbook may be old news by now in the United States, but for the rest of the world it’s still an unexplored device for most tech enthusiasts. 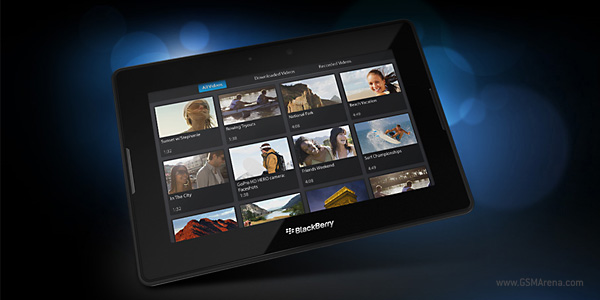 If you don’t live in the States and don’t have the patience to wait for the 10-inch version of the Playbook, then you should take a look if your country is amongst the new 16 to get the Playbook. END_OF_DOCUMENT_TOKEN_TO_BE_REPLACED 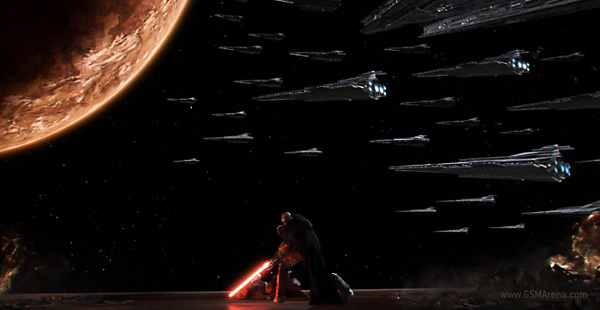 A cinematic trailer of the Star Wars: The Old Republic has been released and it looks spectacular. The game is planned to launch sometime this year and according to various analysts costs its developers at BioWare $80 million. END_OF_DOCUMENT_TOKEN_TO_BE_REPLACED