Apple is adjusting the prices it’s charging advertisers to use its ad program, iAd. This is the third such price cut since the program’s inception in 2010. 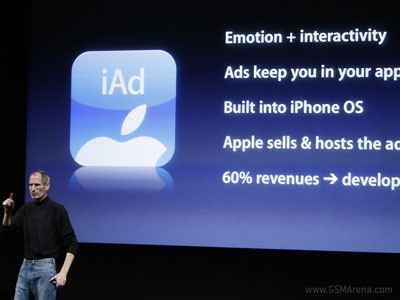 The new minimum price for an ad campaign on iOS is now $100,000, down from $500,000. That is a significant reduction from its debut price of a cool $1 million. END_OF_DOCUMENT_TOKEN_TO_BE_REPLACED 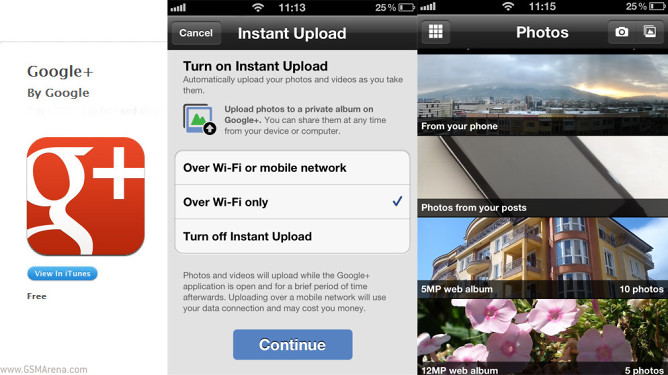 As some of you may know, Instant Upload uploads the pictures you take with the camera on your phone and uploads it to a private folder in your Google+ account. It’s actually a neat way to back up your images on an Android phone but with Photo Stream in iCloud, iOS users might not be in any real need of this feature. END_OF_DOCUMENT_TOKEN_TO_BE_REPLACED

The 8″ iPad is said to have the same resolution as the iPad 2, namely 1024 x 768 pixels. That information was reportedly confirmed by two of Apple’s suppliers, who delivered the panels for testing purposes. END_OF_DOCUMENT_TOKEN_TO_BE_REPLACED

The Wall Street Journal has now come out and confirmed that last bit of information. According to their latest report, the iPad 3 will have 4G LTE connectivity on both Verizon and AT&T’s networks. END_OF_DOCUMENT_TOKEN_TO_BE_REPLACED

Chinese officials started confiscating iPad slates from retailers, following the defeat in the naming rights lawsuit for the Cupertino-based company. Many retailers have had their stores visited by employees of Administrations of Industry and Commerce and their in-stock iPads taken away. 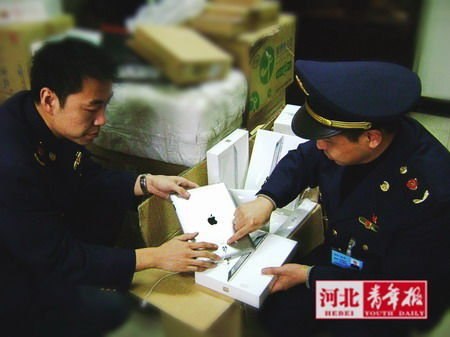 The campaign comes despite the appeal lawsuit that is still going in the Chinese court. There’s no saying when it will be over, but Apple will obviously have trouble selling its tablet in the world’s most populous country until then. END_OF_DOCUMENT_TOKEN_TO_BE_REPLACED 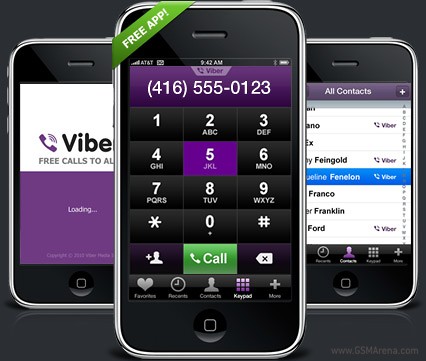 Viber users put out some 150 million calls and almost a billion text messages per month, giving other competing services like Skype and Vonage a run for their money. END_OF_DOCUMENT_TOKEN_TO_BE_REPLACED

Other changes include the addition of a new filter called ‘Sierra’ and a redesigned interface that uses an updated header and menu buttons for a simpler and more refined look. Instagram has also added tappable notifications, where tapping on a notification will take you to the relevant image, comment or profile page in the app. END_OF_DOCUMENT_TOKEN_TO_BE_REPLACED 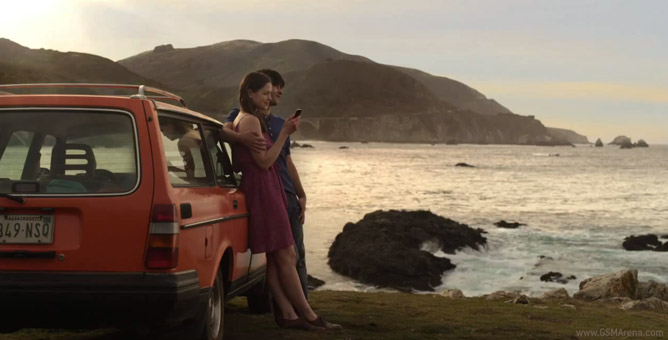 The iPhone 4S features in two new ads, which were released by Apple last Thursday and Siri is again the star of the show in both instances. END_OF_DOCUMENT_TOKEN_TO_BE_REPLACED

The Speaktoit Assistant is an app that started off on Android and has now crossed over into iOS, bringing Siri-like functionality to iPhone owners outside of the 4S. 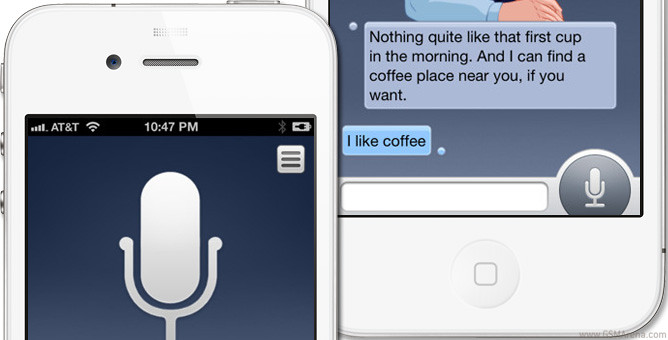 Speaktoit can do practically everything Siri does – it can call your contacts, send messages, search for places – even outside of the US and more. END_OF_DOCUMENT_TOKEN_TO_BE_REPLACED

The iOS 5.1 update has been in the works for quite some time, its third beta has already been seeded to the developers but there is nothing official on the launch date yet. END_OF_DOCUMENT_TOKEN_TO_BE_REPLACED

Amazon has been picking up on the iPad ever since the first version of the Apple slate launched, but the latest effort of the online retailer is pretty good even for its own high standards. 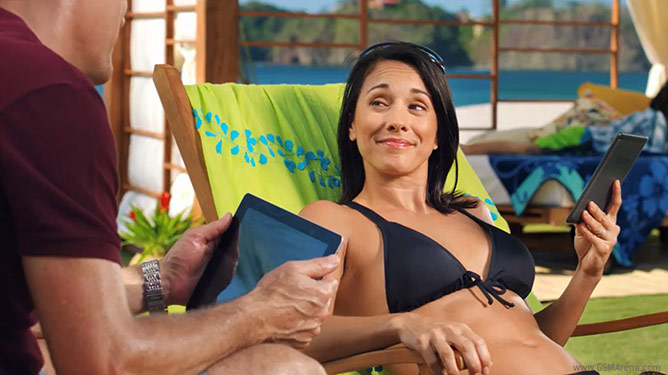 Amazon points out that if you happen to have $500 to spare you might want to purchase a hard-to-see-in-the-sun iPad or the best way to read a.k.a. Amazon Kindle eReader and a couple of Kindle Fire slates. END_OF_DOCUMENT_TOKEN_TO_BE_REPLACED 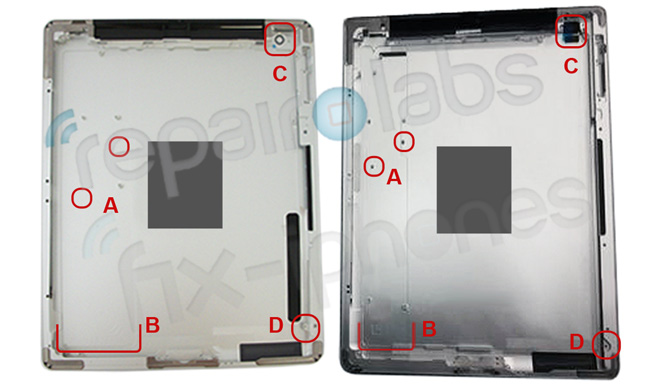 What you see above is the aforementioned photograph, with the iPad 3 shell on the right. The photograph was uncovered by RepairLabs, who noticed that the new shell has different mounts for the logic board, which suggests a redesigned logic board, most probably to accommodate a larger battery. They also said that the shell did not look noticeably thicker than the iPad 2′s, which is contrary to current rumors that suggested that the iPad 3 will be slightly thicker. END_OF_DOCUMENT_TOKEN_TO_BE_REPLACED

Now this probably shouldn’t worry you right now as hardly anyone plans to sell their iPhone just a few months after acquiring it, but it’s one to keep in mind for the future. Siri might go crazy if she hears you consider selling its home. 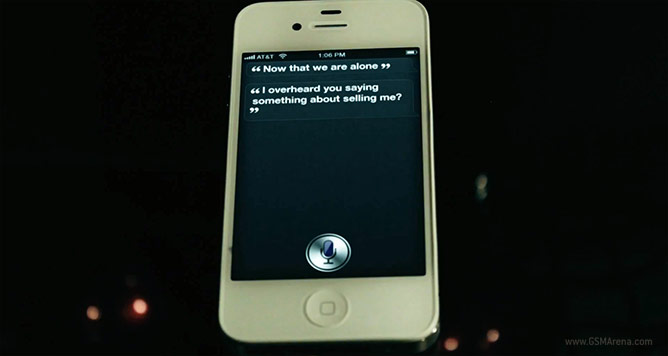 Okay, maybe the filmmakers Andrew and Nathan McMurry added a dash of imagination to the whole deal, but the result is really worth checking out. 4 minutes and 25 seconds of pure awesomeness follow. END_OF_DOCUMENT_TOKEN_TO_BE_REPLACED

There are an indeterminate number of iPhone cases out there, aiming to either enhance the aesthetics of Apple’s ‘glass sandwich’ or offer protection from the shunts and bumps of daily life with varying levels of armor.

CellHelmet manufacturer, CellPig are so sure that their tough case will protect your iPhone better than any case before it, they’re willing to pay for repairs or even replace the thing, should anything go awry. END_OF_DOCUMENT_TOKEN_TO_BE_REPLACED 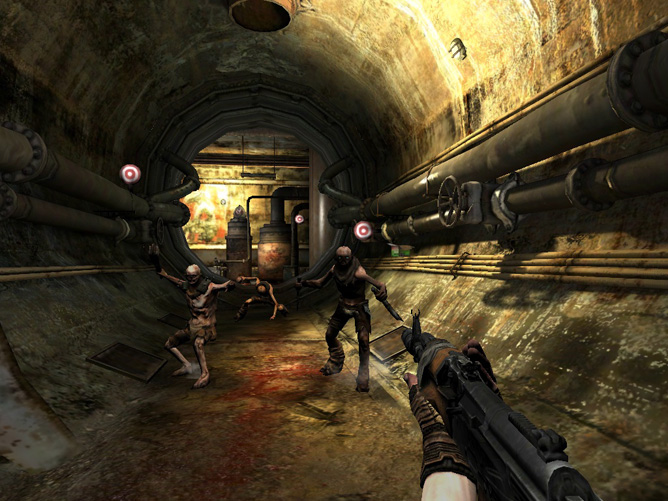 For starters, you get higher resolution player and weapon models in the game. Secondly, the game brings performance enhancements and a wide variety of bug fixes. Next, the game also includes the ability to output the video through an HDMI cable to a television so now you can play the game on a bigger screen. END_OF_DOCUMENT_TOKEN_TO_BE_REPLACED