Yesterday Google unveiled the Nexus S and somehow the showcase of the unannounced Motorola tablet remained out of the spotlight. Well, the mysterious tablet is running Android 3.0 Honeycomb, so there is no chance it could get away from our attention.

END_OF_DOCUMENT_TOKEN_TO_BE_REPLACED

The announcement of one of the most peculiar Android smartphones took place in China yesterday. Samsung unveiled their W899 clamshell running on Froyo that will be available to China Telecom subscribers. 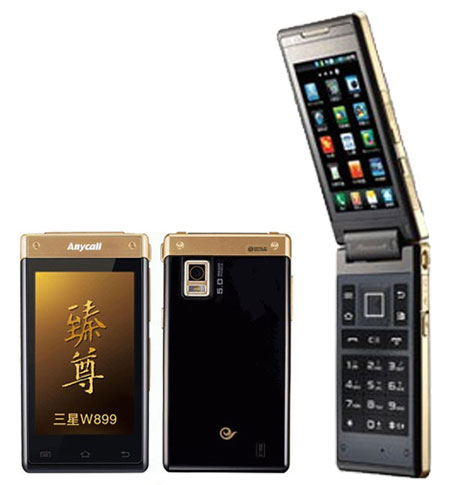 The Samsung W899 comes with both CDMA and tri-band GSM (900/1800/1900MHz) radios and sports a couple of 3.3-inch Super AMOLED touchscreens of WVGA resolution. END_OF_DOCUMENT_TOKEN_TO_BE_REPLACED 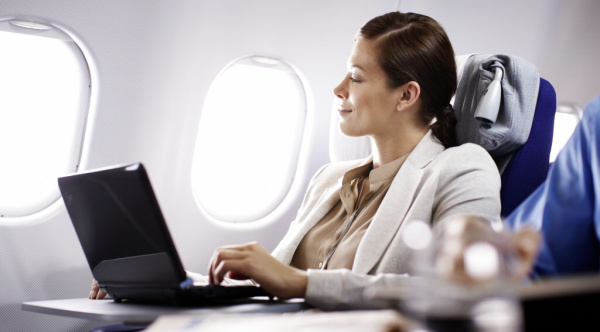 END_OF_DOCUMENT_TOKEN_TO_BE_REPLACED

The Motorola XT800+ is the luxurious, faster and Froyo-running XT800 GLAM twin brother

Motorola does well two things: making customers angry by not releasing software updates for its handsets on time or at all and designing mobile phones. Indeed, the recently unveiled Motorola XT800+ is among the best looking Android phones launched this year. Oh, and it is smart, too. 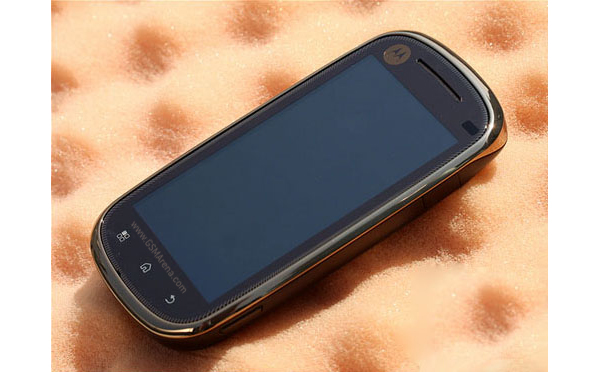 END_OF_DOCUMENT_TOKEN_TO_BE_REPLACED

Best Buy is celebrating the holidays and have decided to play smartphone Santa – they are offering smartphones for free. The catch, of course, is that you have to get them on a 2 year contract, but the daily deal includes phones from all major carriers.

The iOS 4.2 update for the iPhone has been out for a while now and it’s mostly minor stuff that has been added, but it apparently contains a cool hidden feature. It adds support for a new tech called Network Controlled Fast Dormancy, which should make battery life go up and network load go down. 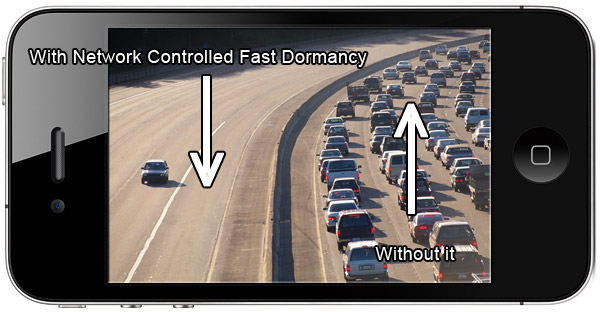 And you’ll never guess who discovered this hidden feature… END_OF_DOCUMENT_TOKEN_TO_BE_REPLACED

When Acer first entered the smartphone business Windows was their weapon of choice and it remained like this for quite a while. Later on Android entered stage and things started cooling off between Acer and Microsoft.

Apparently the limitations of Windows Phone seemed too great to Acer at first. Yet now that Windows Phone 7 has been released Acer’s CEO Gianfranco Lanci went on record saying that his company has realized that the new platform actually offers a lot of customization options. END_OF_DOCUMENT_TOKEN_TO_BE_REPLACED

A Nokia N87 prototype breaks loose, this might be its only chance to taste freedom

The phone you’re looking at right now – Nokia N87 – is considered to be the successor of the N86 cameraphone and there is a good chance that it’s the last of its kind. 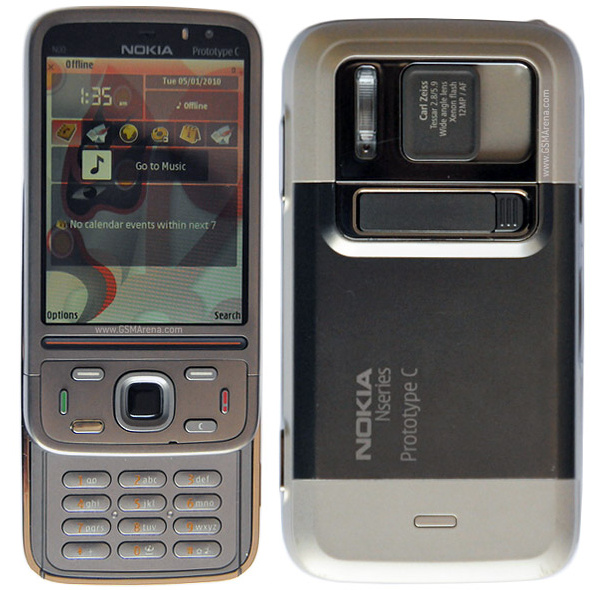 A 12 megapixel camera, xenon flash, 28mm Carl Zeiss camera lens and the old-school Symbian S60 3rd edition ticking inside the classic-looking body – you have to admit those things just don’t seem like a good fit nowadays.

END_OF_DOCUMENT_TOKEN_TO_BE_REPLACED 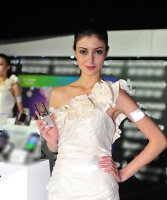 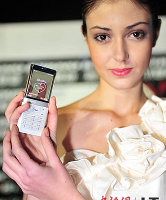 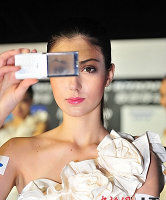 Unfortunately (or fortunately, depending on how you look at it), it showed up at a Chinese fashion show and was handled only by the models, the reporters weren’t allowed to play with it… END_OF_DOCUMENT_TOKEN_TO_BE_REPLACED

Unboxing the HTC HD7: a tale of big screens, a kickstand and Windows Phone 7

Time for another Windows Phone 7 unboxing – and this time it’s the screen size king. The HTC HD7 follows in the footsteps of the HD2 with a 1GHz CPU, plenty of RAM (the HD7 has more than the HD2) and a lavish 4.3” WVGA screen. 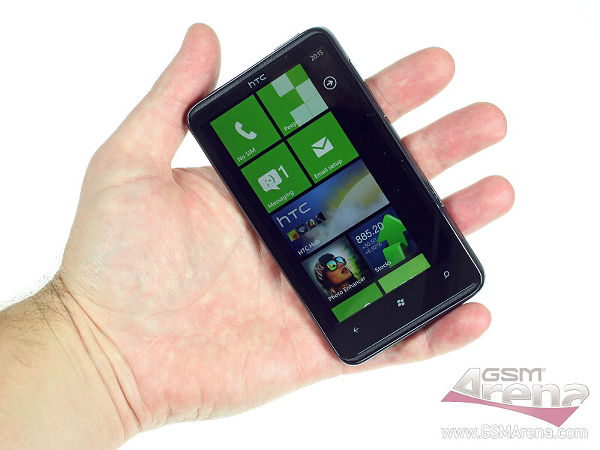 So what did we find in the box? Well… END_OF_DOCUMENT_TOKEN_TO_BE_REPLACED

You can activate Find My iPhone on the older iDevices too

iOS 4.2 has already launched for all supported devices. One of its coolest new features is the free access to the previously paid Find My iPhone service. Unfortunately this applies only for iPhone 4, iPad and iPod Touch 4G.

Well, there is a way to activate it on your older iDevice. You just need an iPhone 4, iPad or iPod Touch 4G and a few spare minutes.

END_OF_DOCUMENT_TOKEN_TO_BE_REPLACED

The tough Motorola DEFY comes by, we shoot some videos

Motorola DEFY comes by our office to prove us a phone can be both tough AND smarty. The Eclair-running DEFY is water, dust and shock resistant in addition to its sexy looks and performing skills. 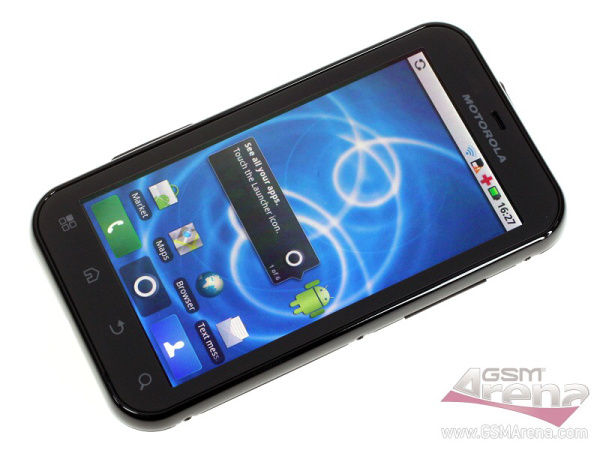 END_OF_DOCUMENT_TOKEN_TO_BE_REPLACED

Install Android on your older iPhone in six steps

Your iPhone 2G is probably starting to feel old and they haven’t gotten an OS update in a while. You might be thinking it’s time to retire it – not so fast, you might be able to give it a new jolt of life with Android. 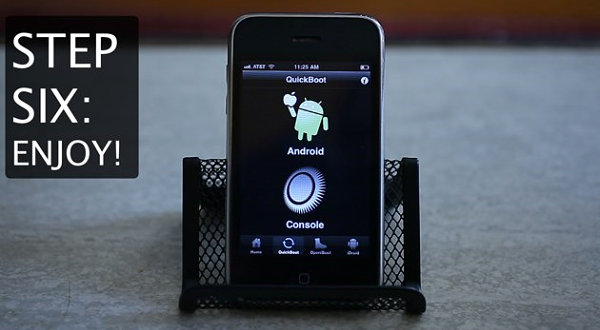 You heard me right – Android. And not just any old Android, it’s 2.2 Froyo. It may not be ready for day-to-day usage but it’ll sure earn you some geek points… END_OF_DOCUMENT_TOKEN_TO_BE_REPLACED

We unbox HTC Trophy and do a quick test run – no Sense UI, you get HTC Hub instead

Another box gets opened – and this time we find the HTC Trophy inside. At first look, the Trophy is much like the other Windows Phone 7 mobiles we’ve reviewed but a few things quickly caught our eye. 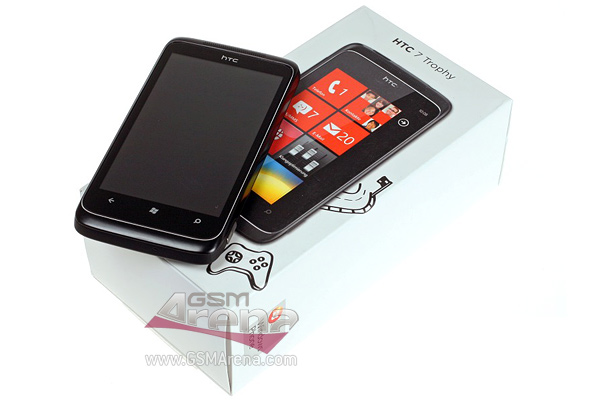 HTC Hub was the first – no, it’s not a full Sense UI replica, it’s just the clock, but then there’s the Dolby Mobile and SRS WOW sound enhancements… END_OF_DOCUMENT_TOKEN_TO_BE_REPLACED

The WP7 on Samsung Focus is not a card killer, it is just overprotective

Remember the problems Samsung Focus caused when you try to use a new card in its “hot-swappable” slot? Well, the things have finally started to make sense. The cards can’t be read on any other device not because they’re dead, but because they are secured on a deep system level.