Toshiba extends the Thrive lineup with a 7″ Android Honeycomb tablet

As Android 3.2 Honeycomb with its built-in support for smaller screens got released, there is little surprise that 7″ tablets, with the latest Google OS on board, started rolling out with a rapid pace. Toshiba is the latest manufacturer to offer a 7″ slate with the unveiling of its second Thrive Android Honeycomb tablet. 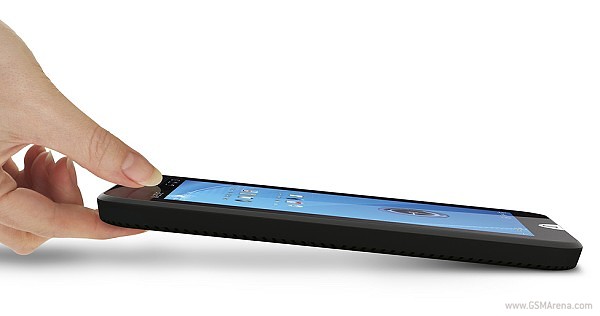 The 7″ Thrive carries the same styling as END_OF_DOCUMENT_TOKEN_TO_BE_REPLACED

The Motorola Xoom 2 tablet will, by the looks of it, be offered in two size versions – the 10.1″ and a 8.2″ one. Both devices seem to sport an iPhone-esque 9.3 mm thickness, which isn’t the best in tablet land but is still considered thinner than average. 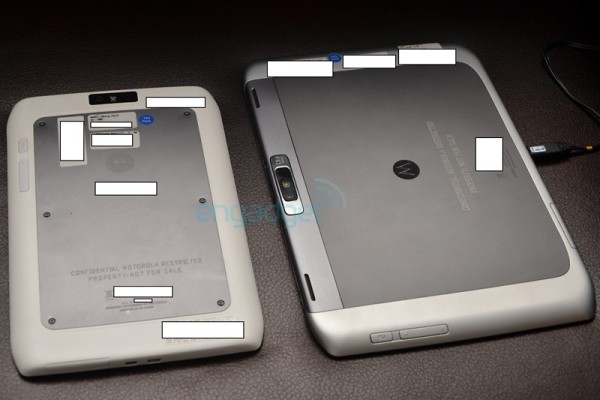 Join us after the break for more photos. END_OF_DOCUMENT_TOKEN_TO_BE_REPLACED

HTC to make a Windows 8 tablet with ARM CPU?

HTC is going to be among the manufacturers to come up with a Windows 8 tablet, based on an ARM CPU. Or at least that’s what latest online rumors say.

It comes from Eldar Murtazin, who has been somewhat of a hit and miss affair recently, so don’t get your hopes too high. Still, with HTC having a long and successful partnership with Microsoft over the past few years this one does look rather promising. END_OF_DOCUMENT_TOKEN_TO_BE_REPLACED 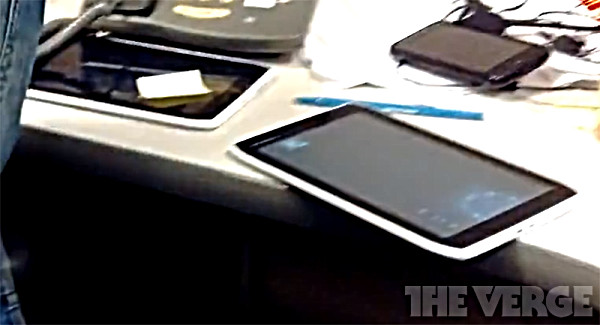 It’s most probably measuring 7 or 8 inches in diagonal (unless the phone sitting next to it is some 5″ monster). The upcomming Motorola slate is running Android Honeycomb (but that’s hardly a surprise now) as you can see the Honeycomb camera app running if you look really carefully. END_OF_DOCUMENT_TOKEN_TO_BE_REPLACED

Being already one of the premier PC makers, it was only logical for Lenovo to take a shot at the quickly expanding market for Android tablets. This summer, the Chinese manufacturer released three different models, which include the IdeaPad K1, ThinkPad and IdeaPad A1, in an attempt to offer a droid tablet for every taste and budget. We managed to spend some quality time with the entire lineup of Lenovo slates, running the Google OS at an event in New York, and here are some fresh initial impressions for you. 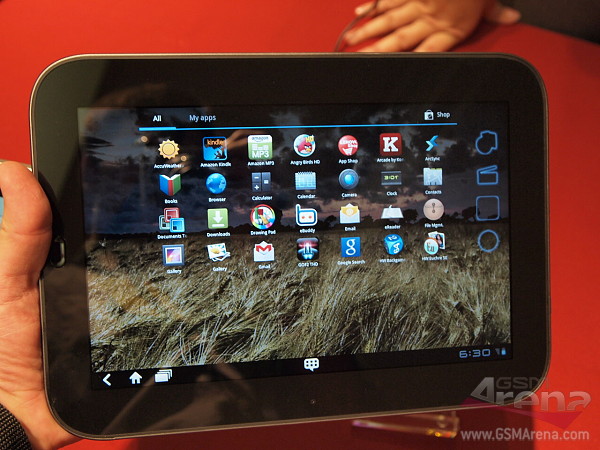 We will begin with END_OF_DOCUMENT_TOKEN_TO_BE_REPLACED 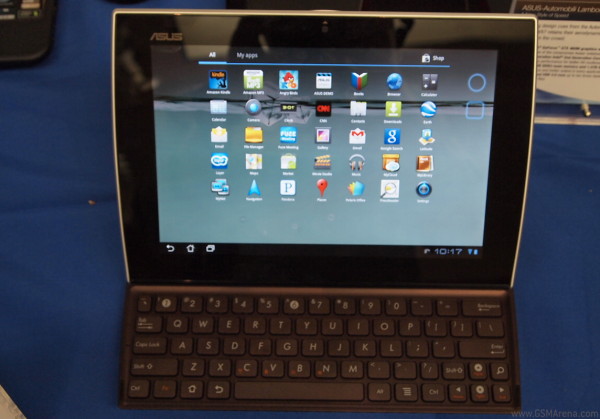 That’s great news and one unearthed by Engadget at a media event held last night in New York City, USA. For more official photos of the device jump past the break. END_OF_DOCUMENT_TOKEN_TO_BE_REPLACED

The number of PlayBooks sold in the first full quarter of the tablet on the market was just revealed and things aren’t looking particularly good for RIM. Only 490,000 PlayBook units found their new owners over the past three months, which less than what everybody expected. 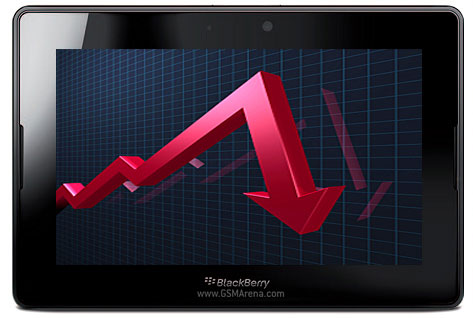 Despite the cool QNX platform, the PlayBook doesn’t sell as well as its manufacturer hoped and it appears that it won’t be making its sales targets. Market analysts have decreased their estimates for the total PlayBook shipments in the first full year of the slate to an average of 2.2 million. END_OF_DOCUMENT_TOKEN_TO_BE_REPLACED

We already knew that Windows 8 is super smooth on a tablet with quad-core Intel CPU, but that’s hardly a surprise now, is it? What’s more interesting is if Microsoft’s new OS will remain buttery smooth when given less powerful hardware as that will be the usual case with tablets, who need to maintain reasonable power consumption. 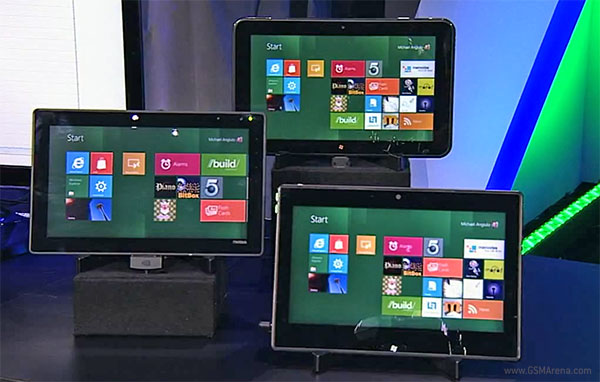 So here we have a couple of hands-on videos for you, showing Windows 8 running on an AMD Fusion and Nvidia Kal-el-powered slates. The first of those is a netbook-meant chip with one of the lowest power demands among x86 CPUs, while the other is an ARM-based chip, which is even more economical (even though it’s quad-core). END_OF_DOCUMENT_TOKEN_TO_BE_REPLACED 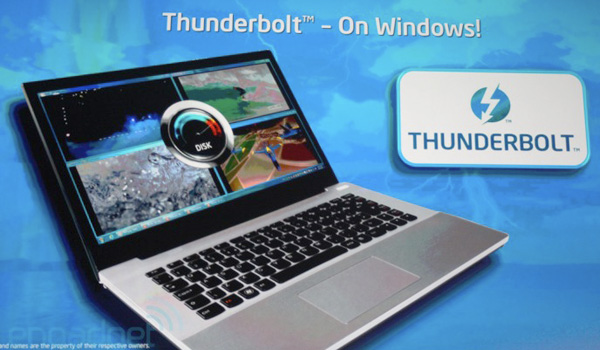 Being the same essential technology, Thunderbolt on these other devices will work the same way as it does on the new range of Mac computers. It will have the same specifications and features that Apple touts for its new range of Macs and will work with the same set of accessories. END_OF_DOCUMENT_TOKEN_TO_BE_REPLACED

HTC just added another device to the support list of their bootloader unlocking web tool. The Flyer is the third HTC droid to embrace custom ROMs with the blessing of its maker after the revision of the company’s bootloader policy. 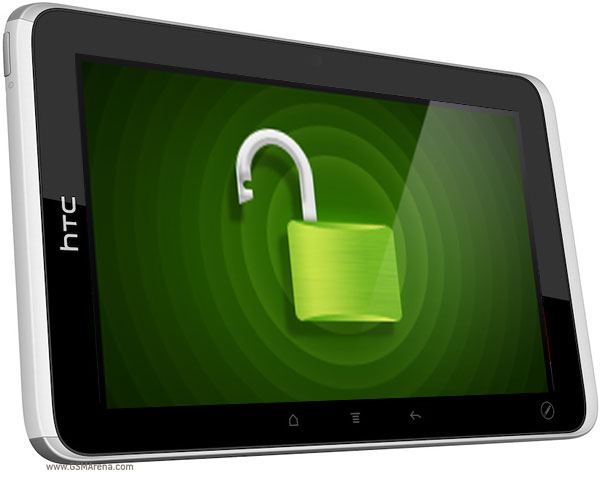 So, if you happen to own an HTC Flyer and you always wanted to customize it beyond what the HTC Sense could offer you, hit this link and follow the simple instructions. According to HTC, though, unlocking the bootloader itself might void your warranty (you should double-check to be sure) so only proceed if you really need it. END_OF_DOCUMENT_TOKEN_TO_BE_REPLACED

A Samsung-made tablet has leaked from Microsoft’s BUILD developer conference, sporting what appears to be Windows 8. The device is a demo one intended to be given to devs (exclusively) to begin testing on. 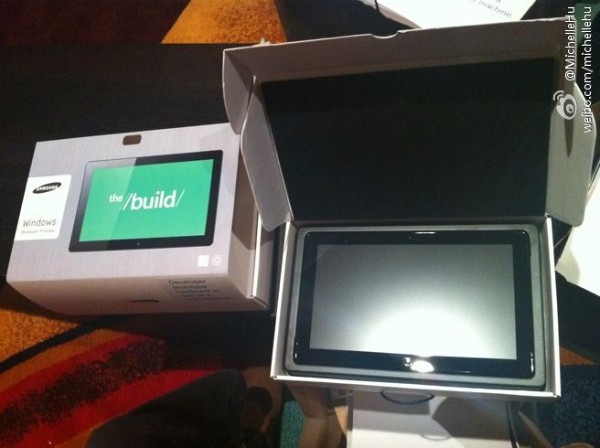 It could be the Samsung Series 7 Slate PC, which was revealed at IFA at the beginning of the month, meaning it will have an 11.6″ capacitive touch display with 1366×768 pixels resolution and 400 nits of brightness and a selection of Sandy Bridge Core i3, i5 and i7 (all should be Ultra low-voltage ones) processors with the generous 4 gigs of DDR3 RAM. The Series 7 Slate PC will feature Windows 7 upon launch and will be upgradable to Windows 8, once it’s let loose by Microsoft. END_OF_DOCUMENT_TOKEN_TO_BE_REPLACED

Panasonic introduced the first Android-running addition to its Toughbook lineup of elements-defying devices at the annual Defence and Security International exhibition that started today in London. 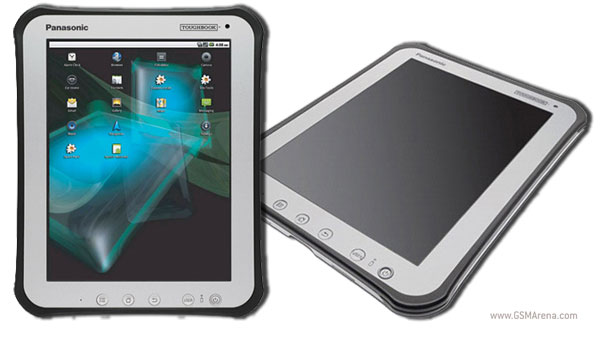 Curiously, Panasonic chose to leave the 10.1″ tablet nameless for the time being and it didn’t provide the most detailed specs sheet for it. Still, we know it comes with a XVGA touchscreen, which remain perfectly legible even in bright sun and supports stylus input (an active stylus is included in the package). END_OF_DOCUMENT_TOKEN_TO_BE_REPLACED

T-Mobile might have another Samsung device join the Galaxy S II at launch. A version of the tablet supporting the T-Mobile 3G frequency just got the mandatory FCC clearance ahead of its US launch. 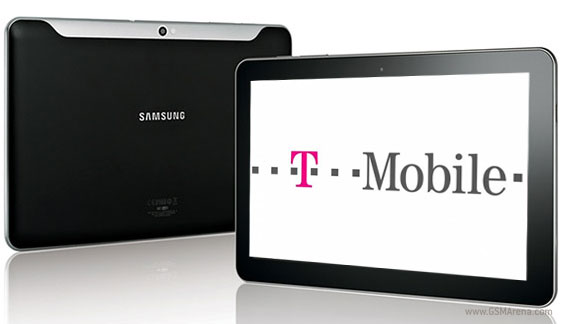 Of course, the FCC sketches aren’t enough to give us a full run-down of the T-Mobile Galaxy Tab 10.1 specs, but it’s pretty safe to guess that it will be identical to its European sibling. The 4G marking at the back (see image below) couldn’t mean anything else, but HSPA+, as that’s as good as it gets on T-Mobile. END_OF_DOCUMENT_TOKEN_TO_BE_REPLACED

Samsung’s Galaxy Tab 10.1 to be restocked and sold in Germany, Apple asks ,’Pardon?’

Samsung Germany still can’t promote or sell their Galaxy Tab 10.1, but it looks like that doesn’t stop anybody else from doing so. This is probably going to leave a bitter taste in Apple’s mouth too.

Those in the know will be aware of Apple’s multi-pronged attack on Korean tech giant Samsung for infringement on patents pertaining to i-products versus Galaxy Tabs across various countries worldwide. END_OF_DOCUMENT_TOKEN_TO_BE_REPLACED

Fusion Garage Grid10 gets a $200 price drop, launch date pushed back to October 1

It seems these days if you are a tablet manufacturer other than Apple, the only way to get your device noticed and start flying off the shelves is to give ridiculous discounts on the price. 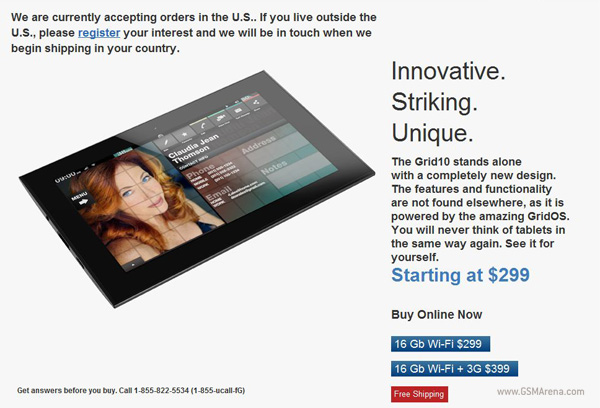 After the HP TouchPad fire sale a few weeks back, Fusion Garage, who were planning on announcing their Android-based Grid 10 tablet this month has decided that their original $499 and $599 price tags for the Wi-Fi and the Wi-Fi + 3G model was perhaps a bit too ambitious. Fearing they may have another JooJoo on their hands, they have announced a rather generous price-drop. END_OF_DOCUMENT_TOKEN_TO_BE_REPLACED