HTC has posted today on both its Twitter and Facebook pages that its customers concerns are heard and the company is reviewing its locked bootloader policy. 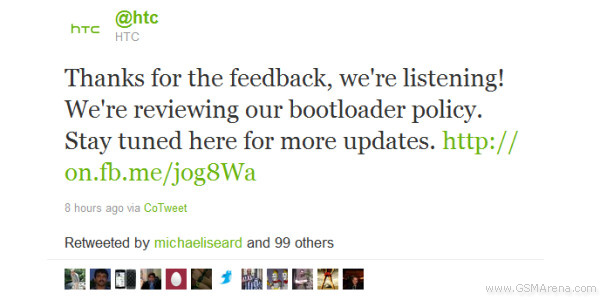 A locked bootloader means you get stuck on whatever software the provider gives you and you can’t go for that custom ROM magic everyone seems to love so much. It’s like buying a PC and getting stuck with Windows without the option to change to Fedora or Ubuntu (or whatever), only worse.

One way of looking at this is saying that HTC predominantly sell the hardware and simply tweak the software so they shouldn’t have the right to deny users a custom experience. On the other hand, however, you can say that having a tight control over the software will allow the company to provide a better user experience and everyone will benefit from that. Yet this second way of thinking is certainly not the Android way and understandably that move by HTC angered plenty of its customers. 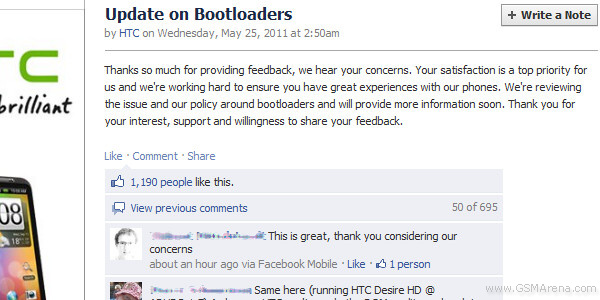 There’s no word on official actions on behalf of HTC but there is a “more information soon” in there so we guess we’ll just have to wait. We could be in for an unlocked Sensation, bootloader-wise.

The open source foundation of Android is a huge part of its appeal, compared to other OSs so it would be foolish for HTC to try and stand up against it.