ASUS X101 ultra thin Meego netbook is up for pre-order, goes easy on your budget

In case you have been worrying about the future of Meego OS lately, we have some good news for you. The latest addition to the already impressive ASUS portfolio of netbooks, the X101 appears to have enough arguments to put the yet to become popular OS back to relevance.

As you have probably guessed already, END_OF_DOCUMENT_TOKEN_TO_BE_REPLACED 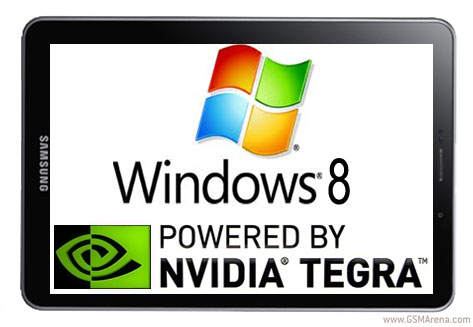 According to the industry source that went all chatty in front of the Korean newspaper, Samsung will manufacture the slate that will be given to developers at the upcoming Microsoft BUILD event next week. It will be running the software giant’s newest OS and will rely on NVIDIA’s Kal-El chipset. END_OF_DOCUMENT_TOKEN_TO_BE_REPLACED

Okay, now this is 4G – tests were performed on AT&T’s brand new LTE network using the HTC Jetstream 4G, one of their first LTE-enabled gadgets, and the results are fast enough to make some home Internet plans nervous. 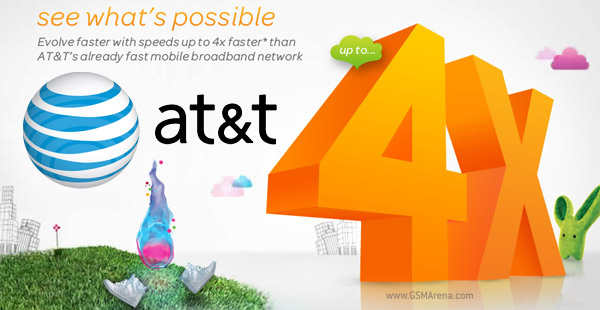 Keep in mind that AT&T’s other 4G (HSPA+ with “enhanced backhaul”) goes up to about 6Mbps real-life speeds. END_OF_DOCUMENT_TOKEN_TO_BE_REPLACED

The HTC Jetstream is now official and heading to AT&T with LTE connectivity, 10.1″ screen, a dual-core 1.5GHz processor, 1 gig of RAM, 8 MP camera on its back and HTC Sense on top of its Android Honeycomb OS. It’s a very appealing slate by any standards. But it’s steep – prices start from $699.99 on a two-year deal. 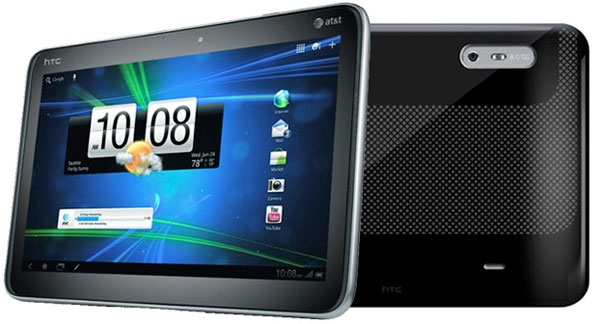 We were also treated to the first batch of live pictures of the Jetstream, along with a quick hands-on video and finally two some benchmarks to show how powerful its hardware actually is. END_OF_DOCUMENT_TOKEN_TO_BE_REPLACED

Shots emerge of the HTC Flyer running Honeycomb, we can nearly taste it

After the recent leak of an RUU (ROM update utility), was found to contain an early beta build of Android 3.2 Honeycomb destined for the HTC Flyer, hacking masters including Paul O’Brien from MoDaCo, set about making it into a usable ROM for users with rooted devices to try out.

One such user from the XDA forums has provided screenshots to the internets of this Honeycomb ROM running on their 32GB 3G HTC Flyer. END_OF_DOCUMENT_TOKEN_TO_BE_REPLACED

Samsung has announced an LTE version of their popular Galaxy S II smartphone as well as the Galaxy Tab 8.9. The Galaxy S II LTE will feature an updated hardware, where the CPU clock speed will be bumped to 1.5GHz from the 1.2GHz on the current model and the display will be taken to 4.5-inch from the 4.3-inch on the standard Galaxy S II. 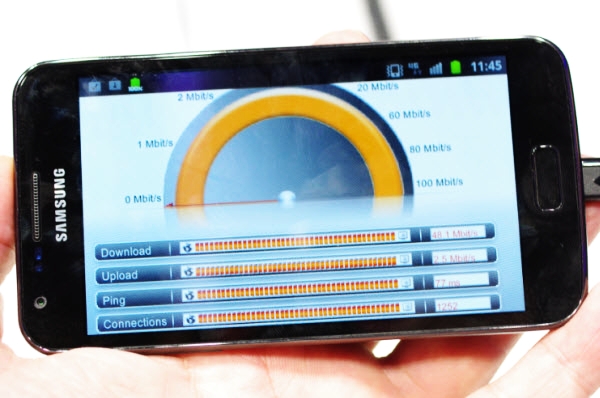 The LTE model will be launched in Europe in the second quarter of 2012 on T-Mobile’s network. The delay is due to the fact that T-Mobile’s LTE network is currently not equipped to handle voice calls. Also, the device itself is not ready to go on sale at the moment. END_OF_DOCUMENT_TOKEN_TO_BE_REPLACED 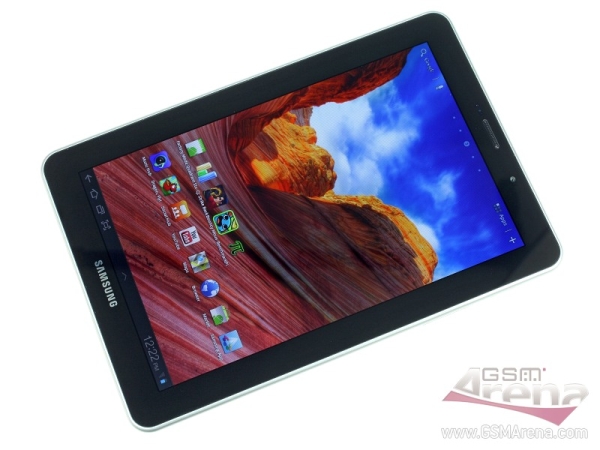 A few days back Samsung had announced the Galaxy Tab 7.7 at IFA 2011 in Germany. The devices had large stickers on them that stated that the device won’t be offered on sale in Germany. END_OF_DOCUMENT_TOKEN_TO_BE_REPLACED

Its raining ultrabooks. Hot on the heels of Toshiba and Lenovo, Acer too has their own ultrabook out among all the shiny gadgets at the IFA 2011. 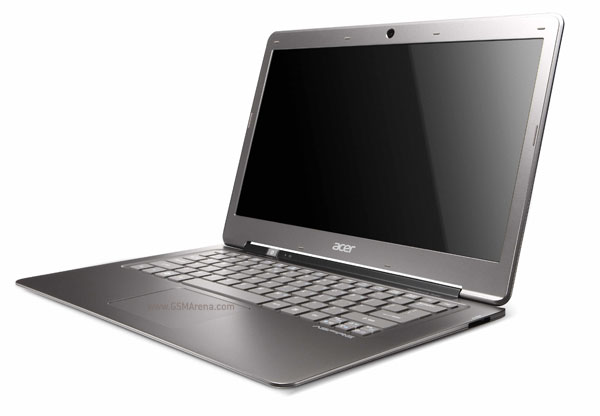 The Aspire A3 has similar specs to the two ultrabooks we saw recently, namely a 13.3-inch, 1366 x 768 resolution display, Sandy Bridge Core i3, i5 and i7 processors and 240GB SSD or 320/500GB SSD+HDD options. The attractive design makes use of aluminum and magnesium alloy. It has a spacious non-backlit keyboard and a fairly large trackpad. The Aspire A3 is 0.51-inch thick and weighs 3 pounds (1.4kg). END_OF_DOCUMENT_TOKEN_TO_BE_REPLACED 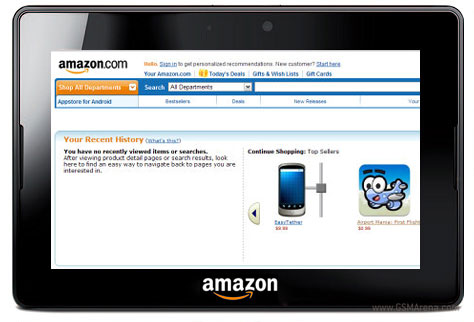 What’s even better the 7″ Amazon Kindle tablet will launch with a really cool-sounding $250 price tag. It will be, reportedly, very similar to the BlackBerry PlayBook in terms of form factor and it will a pack a full-color LCD (no eInk here). Then there’s also this rumor that a one-year subscription to Amazon Prime (worth $79 on its own) will be included in the price. END_OF_DOCUMENT_TOKEN_TO_BE_REPLACED

After Toshiba, Lenovo too has a new ultraportable laptop, along with two other “regular” laptops. First of them is the IdeaPad U300s ultrabook. It comes with a 13.3-inch, 1366 x 768 resolution display, glass trackpad and a full-size non-backlit keyboard that’s breathable, which means it acts as vents for the cooling system. 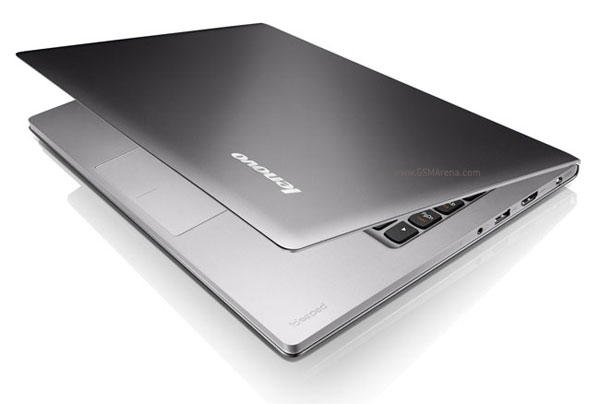 This 2.9 pound (1.31kg) ultrabook is only 0.58-inch thick but to achieve that thickness it compromises a bit on the connectivity options. All you get on the U300s is a USB 2.0 port, a USB 3.0 port, HDMI and headphone jack. END_OF_DOCUMENT_TOKEN_TO_BE_REPLACED

Samsung continues with the announcements as the IFA 2011 rolls out for the public today. We just got word that the company will be releasing a special edition of their Series 9 ultra-sleek laptops.

There will be no changes to the internals of the netbooks, but their exterior will be available in two new colors, Midnight Blue and Luxury Rose Gold, in addition to the Black version that is already available. The special edition laptops will also feature crystal accents on their bodies. Check them out in more detail in the following videos. END_OF_DOCUMENT_TOKEN_TO_BE_REPLACED

[IFA 2011] Toshiba announces the Portege Z830 series, claims it to be the lightest 13-inch ultrabook

Toshiba has announced the Portege Z830, a new series of ultrabooks (that’s Intel’s buzzword for ultraportable notebooks). The 13-inch model is only .63-inches thick and weighs just 2.45 pounds (1.11kg), light enough for it to earn the “lightest 13-inch ultrabook” moniker. 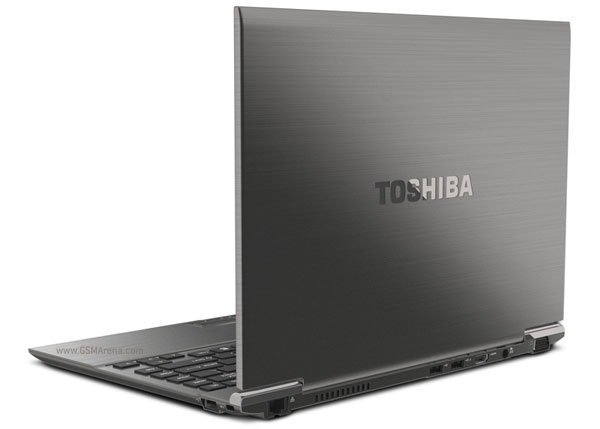 The Portege Z830 uses a sleek aluminum and magnesium alloy case, which makes it light as well as sturdy. Also, the thin design doesn’t come at the cost of connectivity options, as it still has two USB 2.0 ports, one USB 3.0 port, HDMI, VGA, Ethernet, SD card slot and a headphone jack. You also get a large backlit keyboard with a chiclet design. END_OF_DOCUMENT_TOKEN_TO_BE_REPLACED

If the recent TouchPad ordeal is any indication, people want cheap tablets – and Lenovo just showed the IdeaPad A1. It’s not a $99 tablet (cough, HP), but it costs the easy $199 and you get more than a discontinued product running an OS with uncertain future. 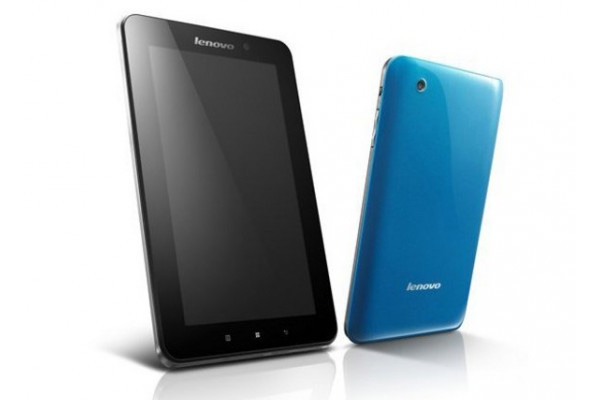 Instead, the Lenovo IdeaPad A1 is a 7″ tablet that runs Android 2.3 Gingerbread and offers specs very similar to the original Samsung Galaxy Tab, for example. The 7″ screen is an IPS-LCD unit with 600 x 1024 pixels resolution. END_OF_DOCUMENT_TOKEN_TO_BE_REPLACED 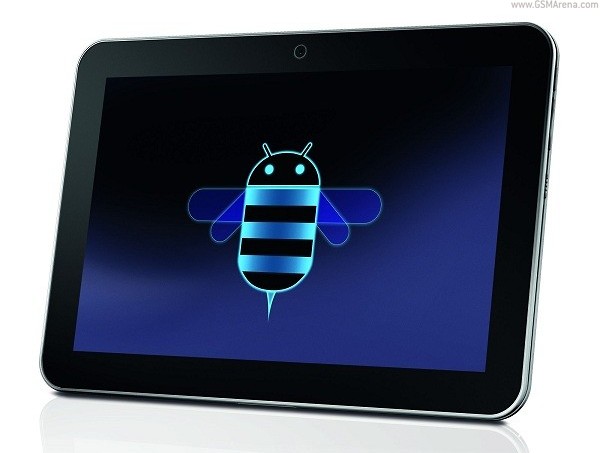 Among the other specs is Android Honeycomb 3.2, a dual-core 1.2GHz TI OMAP 4430 processor, 1 GB worth of RAM and up to 64 GB of internal storage. END_OF_DOCUMENT_TOKEN_TO_BE_REPLACED

Samsung has released two videos of the Galaxy Note smartphonlet. The first one is your typical music-accompanied promo video while the second one features YH Lee, Senior Vice President of Samsung Mobile Communications Business, Global Marketing. 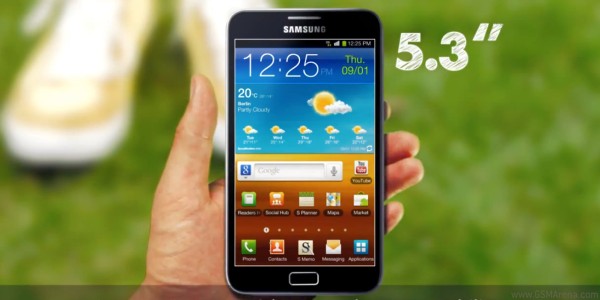