While hard at work at the upcoming Moto X, Motorola Mobility introduced a brand new logo. The new branding includes the company’s name, executed in thinner font, with all-low typeface.

The iconic “M” has remained unchanged. It is however, surrounded by a colorful circle. END_OF_DOCUMENT_TOKEN_TO_BE_REPLACED

Highest-ever Skype video call made from Mount Everest using an HTC One, for charity

Mount Everest, the world’s highest mountain, gets great reception. No really, it saw its first 3G video call in 2010, the first tweet in 2011 and now the first Skype video call in 2013. The feat was achieved by brit Daniel Hughes who is raising £1 million for the Comic Relief anti-poverty charity. He wanted one million people to donate a single pound and decided to climb Everest to promote this charity. END_OF_DOCUMENT_TOKEN_TO_BE_REPLACED

It was kind of amusing when Nokia first started poking fun at other smartphone manufacturers with its specially created internet memes, but now, when the Finns have produced yet another batch of them, their charm is kind of lost. Today, we’ve got five more memes that take a jab at Samsung and other smartphone makers and their products. END_OF_DOCUMENT_TOKEN_TO_BE_REPLACED

HTC may have just hired Robert Downey Jr. to promote its phones

HTC has broken its bad streak with the HTC One and are looking to continue improving by stepping up marketing. How? By hiring Iron Man himself, Robert Downey Jr., to promote HTC’s phones. 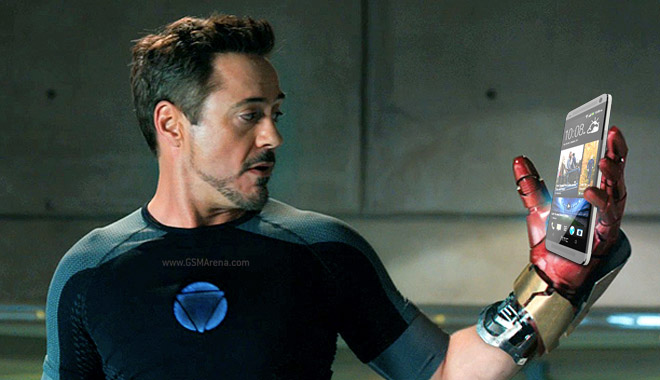 Bloomberg reports that RDJ won’t be playing any of his famous characters, he will be himself, which is just as awesome (though admittedly Iron Man and the metal-clad HTC One would have gone well together). END_OF_DOCUMENT_TOKEN_TO_BE_REPLACED

Android is known to be one of, if not the most, diverse mobile operating systems out there powering everything from mobile devices through washing machines and microwaves to Google Glass. Now, there’s a project posted on IndieGoGo aimed towards creating a helmet that runs Android and if it takes off it will give Glass a run for its money. 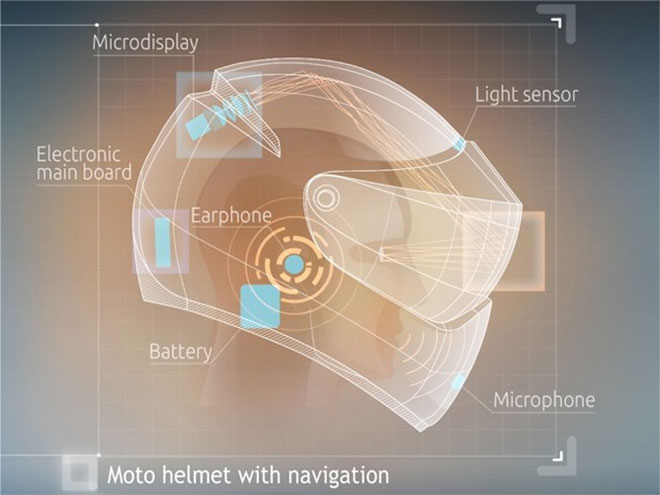 The LiveMap motorbike helmet will use the visor for augmented reality and will display anything from turn-by-turn navigation, current the speed to nearby points of interest. It’ll support 4G LTE connectivity, too as well as a handful of sensors including G-sensor, gyroscope, digital compass for head movement tracking. END_OF_DOCUMENT_TOKEN_TO_BE_REPLACED

The unwrap of iOS 7 yesterday has not only got the attention of existing users of Apple’s mobile OS, but has also intrigued Android’s newly appointed chief Sundar Pichai. 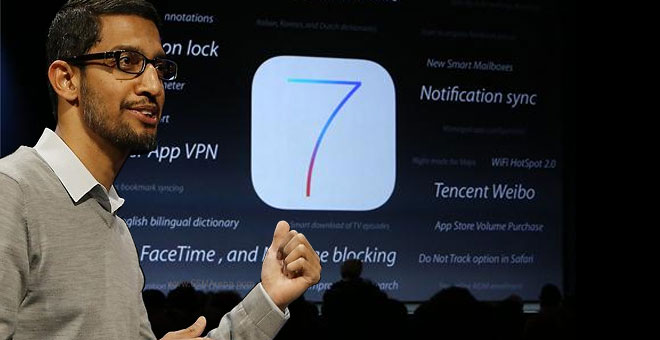 This is evident from his very own tweet stating that he is “excited to try iOS 7 beta”. END_OF_DOCUMENT_TOKEN_TO_BE_REPLACED

Flying can be stressful all by itself, but the chance to lose your luggage while doing so is even worse. Airplane manufacturer Airbus wants to put an end to this by introducing its latest service called Bags2Go. 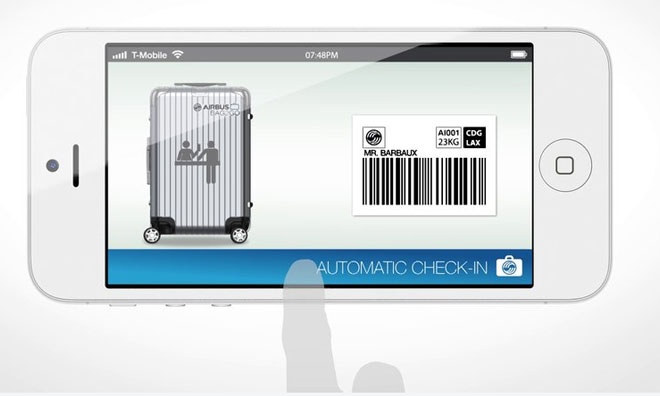 The service is a joint effort of Airbus, T-Mobile and luggage maker Rimowa and lets you rent a special suitcase, which makes use of a GPS-tracker, a 2G mobile connection, and an RFID chip to record its location. It then lets you hook up to it through an iPhone to track where exactly it is. END_OF_DOCUMENT_TOKEN_TO_BE_REPLACED

ASUS has announced the PQ321 monitor packing 4K resolution. The professional-grade screen is 31.5 inches in diagonal and can show one billion colors thanks to its 10-bit RGB LED-backlit IGZO panel. 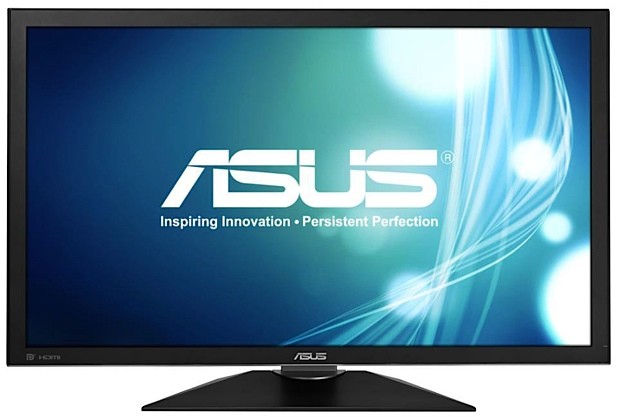 The 4K resolution translates to 3840 x 2160 pixels, which adds up to a pixel density of 140 pixels per inch. Other features of the ASUS PQ321 include 176-degree viewing angle, 350 cd/m2 brightness and 8ms response time. END_OF_DOCUMENT_TOKEN_TO_BE_REPLACED

Samsung has decided to invest further in defending itself against patent infringement cases as well as protecting its already existing patents by establishing a dedicated patent firm in the US. 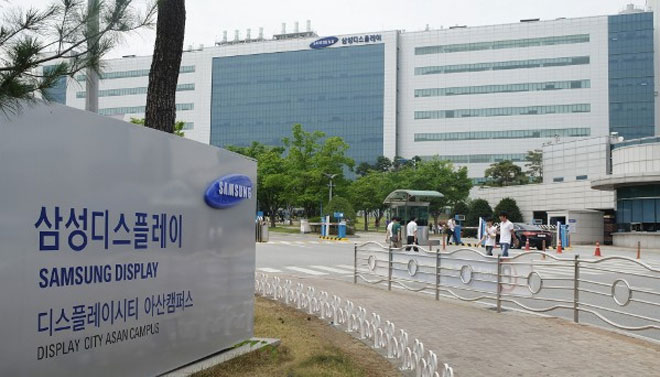 More specifically, Samsung Display has created a company called Intellectual Keystone Technology (IKT), which specializes in intellectual property and is based in Washington D.C., USA. END_OF_DOCUMENT_TOKEN_TO_BE_REPLACED

WPP, the popular marketing communication services company, has announced its BrandZ list of top 100 most valuable global brands for the year 2013. The company has adjudged Apple as the world’s most popular brand while Google took the second spot. 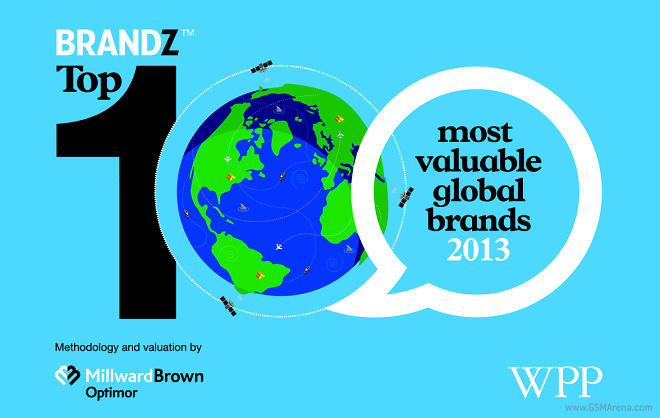 The list consists of the best brands in the world and the top 10 positions include IBM and Microsoft as well as AT&T and China Mobile. END_OF_DOCUMENT_TOKEN_TO_BE_REPLACED

Sharp to work closely with Samsung in a bid to survive after $5.4 billion yearly loss

Sharp, one of the major component suppliers for Apple will be entering a three-year rehabilitation program in a bid to survive after losing $5.4 billion in the last fiscal year, according to a report from Reuters.

Sharp as a part of its rehabilitation will work closely with Samsung and will the company is expected to involve with the technologies used in the displays for mobile phones. END_OF_DOCUMENT_TOKEN_TO_BE_REPLACED

Ouya torn apart, console found to be quick and easy to repair

The Ouya team has been posting shipping updates as promised (you need to be a backer to read those) and while there are still units waiting to head out to their owners, iFixit received one and – you guessed it – took it apart. 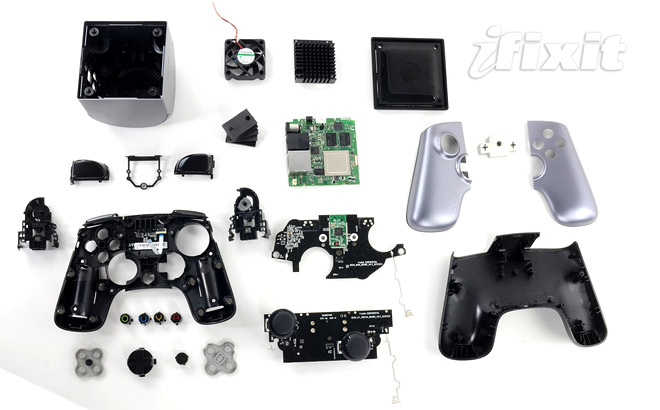 So, what exactly do you get for your $99? Well, two things – the console itself and a Bluetooth controller. END_OF_DOCUMENT_TOKEN_TO_BE_REPLACED

Sad that it’s been a while since Vertu put out a phone? Well, you can try a 24K gold BlackBerry Q10 instead. It comes from Goldgenie, which has a history of turning BlackBerrys into gold (Apple products too). 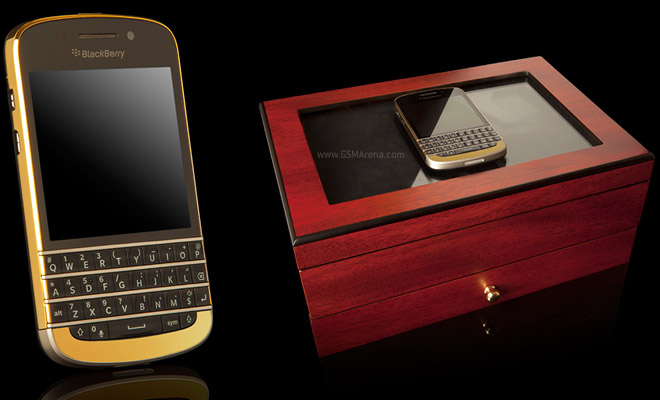 Anyway, the BlackBerry Q10 has a 24K gold-plated bezel and a 24K gold panel below the QWERTY keyboard. All other specs of the phone remain the same, except that the packaging has been upgraded to a snazzy wooden box. And it’s heavier, but Goldgenie gives no concrete numbers about that. END_OF_DOCUMENT_TOKEN_TO_BE_REPLACED

Asus has posted its quarterly financial report, covering the three months ending in March. The manufacturer has made $3.5 billion in revenue and $202 million net profit. The numbers compare favorably to both the previous quarter and the same period of last year. The detailed breakdown reveals that the PC sales of the company have been affected by the overall market slowdown, but the strong performance of the Asus tablets has done well to compensate for it. Asus managed to ship 3 million tablets over the past three months, securing a sizeable chunk of the growing market. END_OF_DOCUMENT_TOKEN_TO_BE_REPLACED

Undoubtedly, one of the coolest camera features Android 4.2 Jelly Bean brought was the Photo Sphere. Shooting a full 360-degree panorama both horizontally and vertically allows you to capture everything surrounding you, Street View style.

Sadly, so far you could only view the Photo Sphere images on either Google+ or on another droid running Android 4.2. Not anymore though, as the Google+ Platform API has been updated to allow web developers include Photo Spheres they’ve taken or from around the web on their own website. END_OF_DOCUMENT_TOKEN_TO_BE_REPLACED