Everest gets 3G connection, you can make video calls from the top of the world

Mount Everest in Nepal now has 3G coverage, allowing hikers and tourists to use mobile internet and make cheaper cellular calls. The only possible connection until now was via expensive satellite phones. 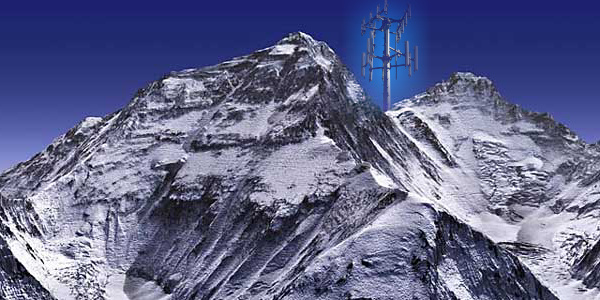 If you plan a vacation to Mount Everest you may take your 3G cellphone too. Thanks to Nepali telecom company Ncell, the world’s tallest mountain now has 3G coverage and you will be able to make calls, send emails or browse the internet.

Just don’t expect to make calls on the top of Everest, the coverage is concentrated only around the base camp and its vicinities.

Nepal is the poorest country in South Asia and only 30% of its population is covered by a telecommunication network. The Ncell primary shareholder, TeliaSonera, plans to invest 100 million US dollars next year in an effort to expand the network to cover 90% of the Nepali population.