Hungry for some real life Angry Birds action the games just can’t provide? You are in luck, as today marks the opening day for Angry Birds Land. 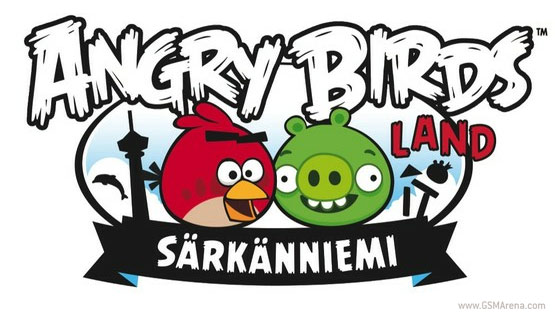 The unique adventure park is situated at the Särkänniemi Theme Park in Finland and is designed to provide fun for kids and adults alike. END_OF_DOCUMENT_TOKEN_TO_BE_REPLACED

Google is well-known for its doodles, but the search Easter eggs are where the real fun starts (e.g. tilt, do a barrel roll). The latest of those shows up when you Google “zerg rush”, which leads to your search results being attacked by a swarm of angry O-s.

It’s up to you to defend the search results – it’s not quite Starcraft but the APM counter surely woke up some forgotten old habits and I started clicking on the O-s like mad. END_OF_DOCUMENT_TOKEN_TO_BE_REPLACED

We all know what zippers are – or at least we should anyway.

But I bet most of you don’t know who was the inventor of the awesome thing and the fact that he was born on this day, 132 years ago. END_OF_DOCUMENT_TOKEN_TO_BE_REPLACED

Electricity-driven vehicles are great. They hug trees and save polar bears like nothing else, but they have one major flaw. They are almost perfectly quiet. Thus, they threaten pedestrians and other motorists, which might not hear them approaching. 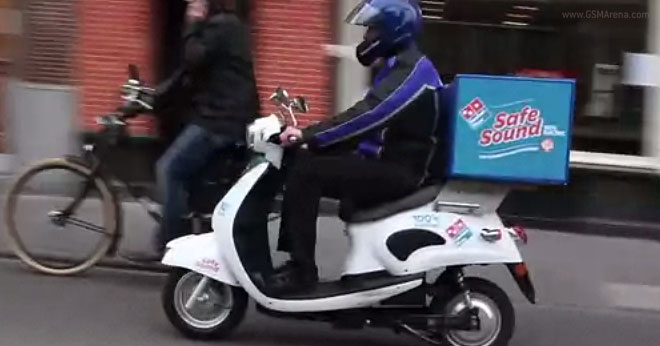 To work around this, Domino’s Pizza has created what it calls a “Safe Sound” box, which is placed on their pizza delivery electrical scooters . And the result? Hilarity ensues on the streets of the Netherlands. END_OF_DOCUMENT_TOKEN_TO_BE_REPLACED

If you follow us regularly, you should have caught Apple’s latest iPhone 4S ads featuring celebrities Zooey Deschanel and Samuel L. Jackson. 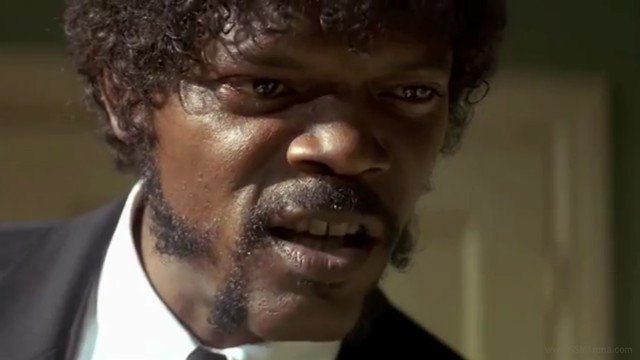 You can imagine our amusement at the response of the creative user community. Here’s a mix of Siri playing dumb and Samuel Jackson’s thug performance in Pulp Fiction. END_OF_DOCUMENT_TOKEN_TO_BE_REPLACED

Did Steve Wozniak pick up a Nokia Lumia 900?

Well, people, it looks like that massive marketing budget, backing the AT&T exclusive Nokia Lumia 900 is starting to pay some serious dividends. No other but Apple’s co-founder Steve Wozniak might have picked one up, according to his own tweet from earlier today. 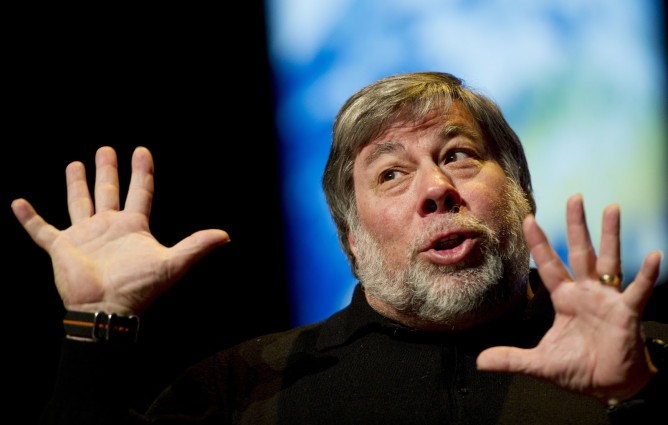 While this is not the first time Steve has had a chance to sample the competition (he got a Samsung Galaxy Nexus as a gift when he visited Google’s HQ a few months back), I can’t recall any reports of him actually waiting for a store to open for anything other than an Apple product. END_OF_DOCUMENT_TOKEN_TO_BE_REPLACED

For something that is going to decide the future of the company, Nokia is understandably leaving no stone unturned in the marketing of the Lumia series. Even if that requires ambushing people in elevators with singing ninjas, plushy Angry Birds and dancing girls. 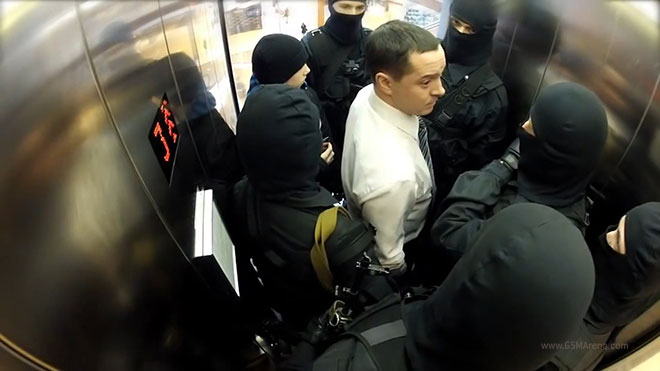 Continuing the Amazing Everyday promotional series, Nokia is now hiring people in a Russian mall to enter elevators and… ummm… entertain the people within. What follows below is a series of videos that will eke out a wide variety of emotions from you. One can only imagine what the people in the elevators must have felt. END_OF_DOCUMENT_TOKEN_TO_BE_REPLACED

TNT has shot a really amazing promo video to promote the launch of their Belgium channel. Sticking to their We Know Drama slogan the TV network crew put an “Add drama” button to a small town’s square. 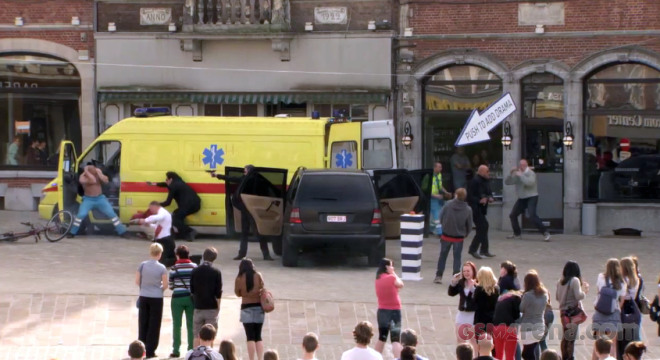 Words hardly do justice to the happens when someone presses that button, so we’ll just let you watch and enjoy the clip. END_OF_DOCUMENT_TOKEN_TO_BE_REPLACED

Presenting the Choc Creator 3D, a machine that prints chocolates

You may have seen 3D printers before, machines that can create complex 3D objects by melting plastic. What we have today is no different than that, except instead of plastic objects this machine prints out chocolates. 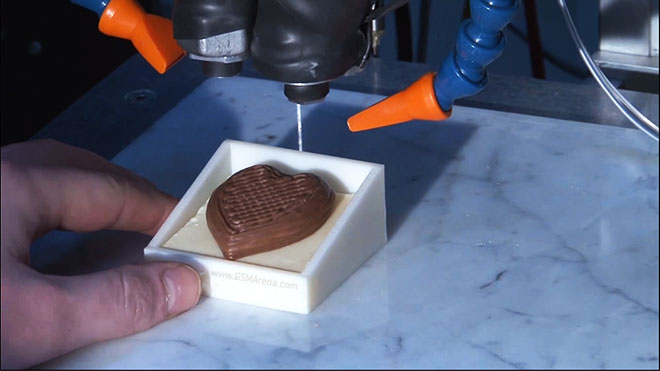 Yes, you read that right. This machine uses molten chocolate which it slowly places into layers into any 3D shape you want. You can see it in action in the video below. END_OF_DOCUMENT_TOKEN_TO_BE_REPLACED

Microsoft’s controversial Smoked by Windows Phone challenge has now been extended till April 12. If you want to pit your smartphone against a Windows Phone, all you need to do is hop down to the nearest Microsoft store and if you win, you will get a $1,000 special edition Hunger Games laptop and a $1,000 gift card. 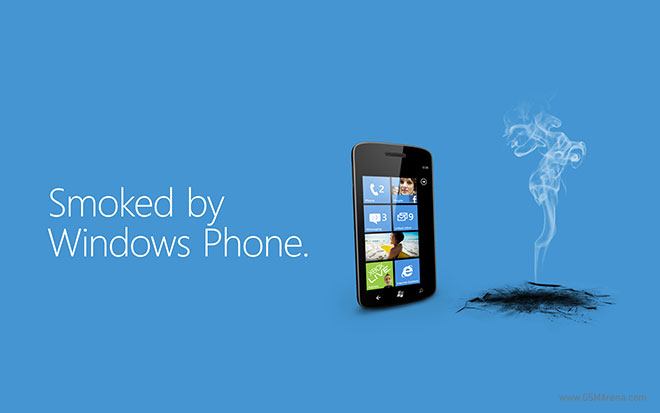 The Smoked by Windows Phone challenge recently came under fire after a Microsoft store denied a blogger his prize even after he won the competition fair and square. Eventually Microsoft stepped in and righted the wrong, giving the guy his laptop as well as a free Windows Phone, but the damage was done and a few things about the competition came to light, such as the way the Windows phones used in the test are already set to gain an advantage in that particular test and by profiling the competing handset and then avoiding tests in which the Windows Phone might end up on the losing side. END_OF_DOCUMENT_TOKEN_TO_BE_REPLACED 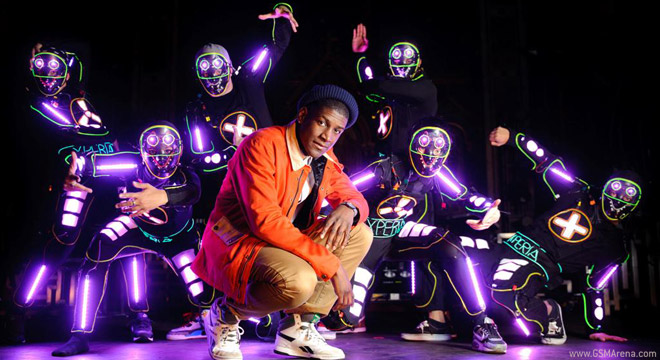 The event in question was actually a little soiree set up by Sony Mobile, not only acting as the launch platform for the artist’s new album, but also for the company to reinforce the new Sony Xperia name. END_OF_DOCUMENT_TOKEN_TO_BE_REPLACED

After being downloaded countless millions of times, the Angry Birds games have inspired Rovio to expand its business by introducing various sorts of merchandise including pillows, plush toys, t-shirts, cases… the list goes on and on. 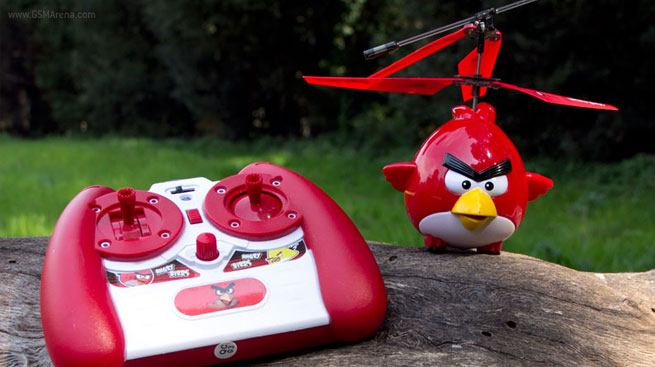 The latest Angry Birds-themed product is this RC helicopter. Sporting dual counter rotating rotor blades and the unmistakable body of the unibrow red bird from the game series, this helicopter is aimed at children ages eight and above. END_OF_DOCUMENT_TOKEN_TO_BE_REPLACED

The best phone for women? iPhone 4/4S with a $50 mirror back

The phone industry has made numerous attempts to create a ladies’ phone, but most of them proved unsuccessful. The reason is probably that those phones tended to offer dated hardware at high prices, falsely presuming that women wouldn’t care about smooth performance, apps etc. 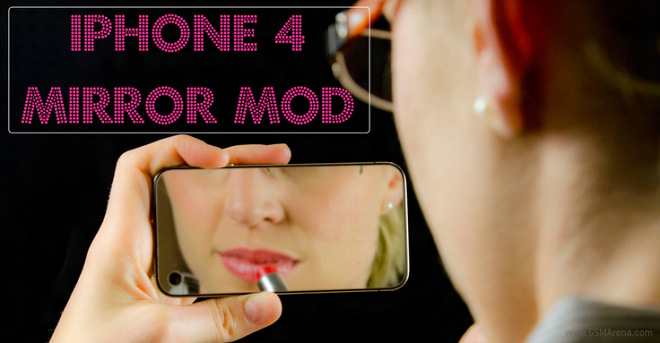 What if we told you that you can convert a regular iPhone 4 or 4S into something the ladies will like? All it takes is some screwdriver skills, a $10 tool kit and a $50 replacement back. END_OF_DOCUMENT_TOKEN_TO_BE_REPLACED

Now get ready for some serious numbers. END_OF_DOCUMENT_TOKEN_TO_BE_REPLACED

Nokia builds a phone for the Ice Age, check it out

Northern-based and ice-clad Nokia has prepared an interesting new phone for the world – the cold, awaiting an eventual next Ice Age world. 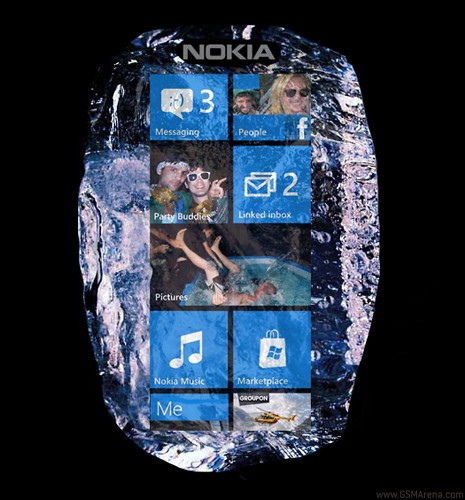 The phone’s exterior is made from, wait for it, ice, while the innards are superhydrophobic or otherwise water-proof. It also seems to run Windows Phone, judging by the provided picture. END_OF_DOCUMENT_TOKEN_TO_BE_REPLACED