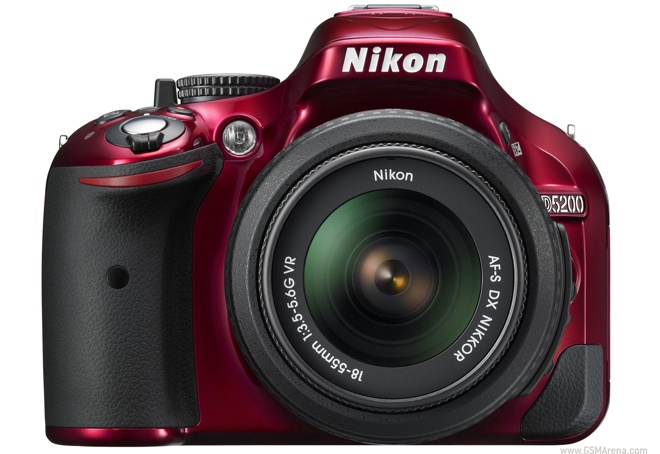 Inside there is a new 39-point AF system, along with an EXPEED 3 processor that allows the camera to capture up to 5 fps. There is also a new 2,016-pixel RGB metering sensor for better exposure, autofocus and white balance. The camera also records videos up to 60fps in 1080i in stereo sound. END_OF_DOCUMENT_TOKEN_TO_BE_REPLACED

The new Android 4.2 Jelly Bean was just announced and one of the most interesting new features is called Photo Sphere. It lets you shoot spherical panoramas, similar to what you see in Google Street View. 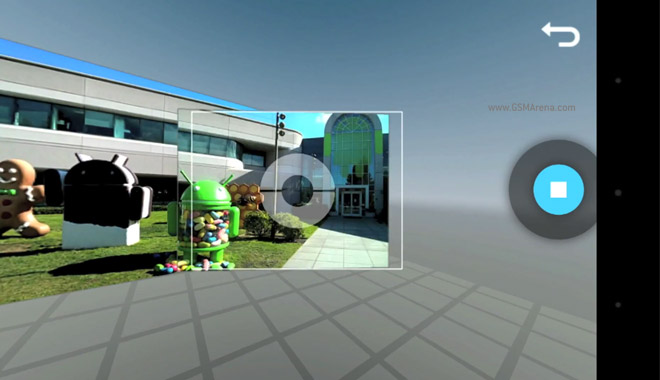 Capturing a Photo Sphere is easy, you just snap photos left, right, up, down, wherever, and the camera app will automatically stitch them. If it still sounds confusing, check out this video demo by Hugo Barra himself (Android’s Director of Product Management). END_OF_DOCUMENT_TOKEN_TO_BE_REPLACED

Nikon has announced the newest member of their Nikon 1 series of mirrorless interchangeable lens camera. The Nikon 1 V2 has a 14.2 megapixel CMOS sensor and a new design, that unlike the previous Nikon 1 series cameras has a proper grip like a DSLR to make it easier to hold. 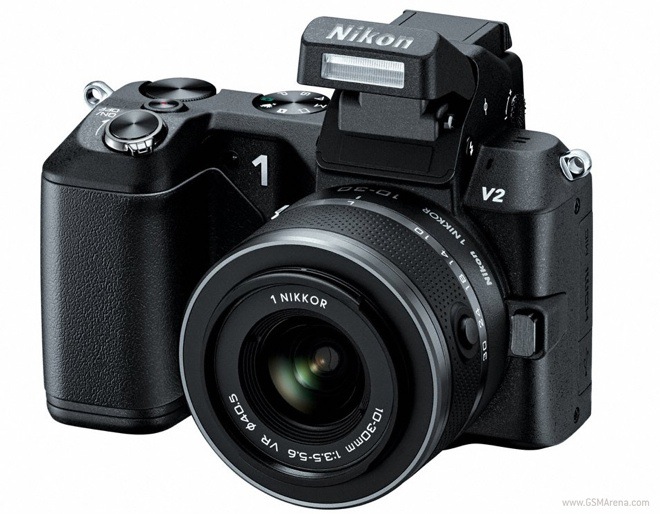 Other features include a built-in flash, notably missing on the V1, along with a hotshoe for attaching the new optional SB-N7 compact speedlight, a new Command dial, EXPEED 3A image processor, 73 point AF system, 15fps burst mode for up to 45 images or 60fps for up to 40 images, FullHD video recording and a 3.0-inch, 921k dot LCD. END_OF_DOCUMENT_TOKEN_TO_BE_REPLACED

It’s been about a year since the GoPro HD Hero2 came out and it’s time for it to retire – the new model, Hero3, is smaller, lighter and faster. It comes in three different editions called White, Silver and Black. 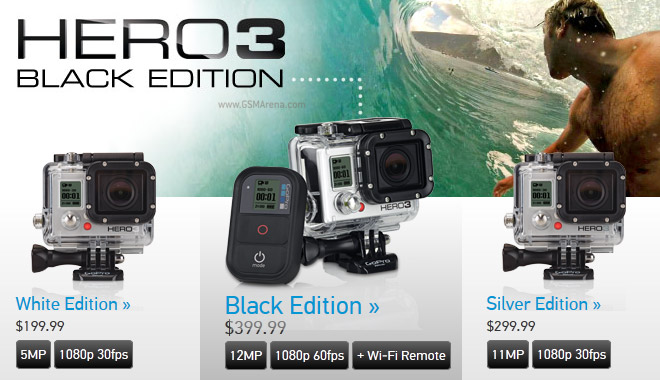 All three editions come with Wi-Fi built-in (so you don’t need a the Wi-Fi BacPack) and are compatible with the Wi-Fi Remote (which is included in the Black edition package). 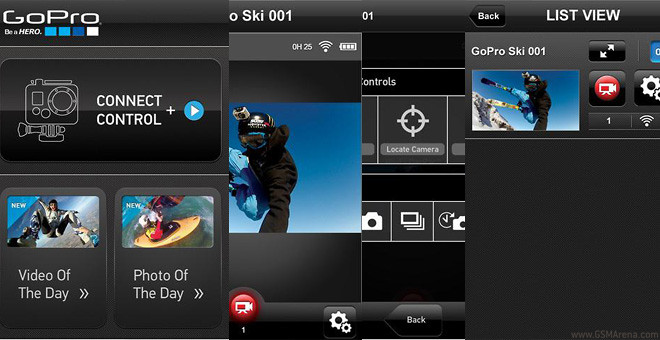 The app is free but you’ll need to get a $99.99 Wi-Fi BacPac add-on accessory for your GoPro camera in order to use it and it isn’t compatible with the older HD HERO model. END_OF_DOCUMENT_TOKEN_TO_BE_REPLACED

That’s why we decided to put it the iPhone 5 to a test pinning it against its predecessor. The results await after the break. END_OF_DOCUMENT_TOKEN_TO_BE_REPLACED

Nokia Lumia 920 image sensor pictured, sized up against the 808 PureView

A reporter of Hungarian tech site MobilPort was able to obtain a Nokia Lumia 920 camera module while over at the Carl Zeiss booth at Photokina 2012. It turns out that there were some other interesting pieces of imaging tech and able at the booth and we got some photos of the Lumia 920 camera next to the monstrous sensor inside the Nokia 808 PureView and theN93 one. END_OF_DOCUMENT_TOKEN_TO_BE_REPLACED

It’s raining full-frame cameras this month and everyone and their dog is releasing a model with a full-frame sensor inside. So how can Leica stay away from all the fun? So they have announced not one but two cameras in their classic rangefinder style with full-frame sensors inside. Photokina is now underway and we’ve already seen new cameras by virtually every major manufacturer out there. It’s now Panasonic’s turn to join the fun as the company just unveiled its latest Micro Four Thirds camera. 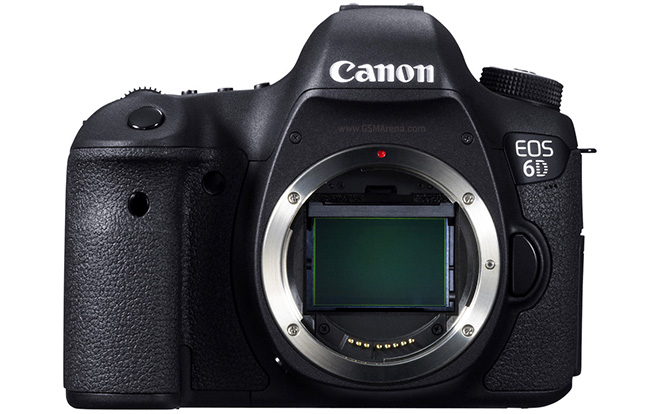 The Canon 6D uses a 36 x 24mm CMOS sensor with a resolution of 20.2 megapixels. It’s lower than the 24.3 megapixels on the D600 sensor but since the sensors are of the same size, it should theoretically give the Canon an advantage in low light situations, as the individual pixels are larger and thus will collect more light. END_OF_DOCUMENT_TOKEN_TO_BE_REPLACED

Fujifilm has announced the new XF1 point and shoot camera with a stunning retro design built to fit in your pocket. The XF1 is built from aluminum and synthetic leather that Fujifilm says reproduces the feel of genuine leather. On the front you have a 25-100mm, f/1.8 FUJINON lens with a zoom ring. The camera is activated by turning the zoom ring and when not in use you can push the ring inside the camera to make it even smaller. END_OF_DOCUMENT_TOKEN_TO_BE_REPLACED

Nikon announces the D600, the smallest and cheapest full-frame DSLR on the market 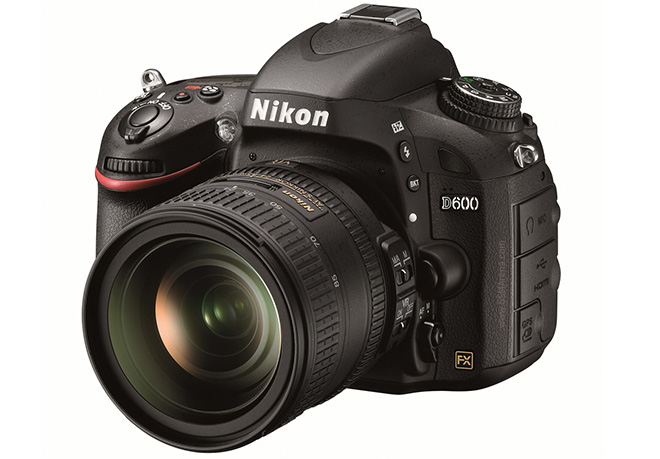 Along with some digital still cameras, Sony also had a couple of new camcorders to announce today. The first of them is the new NEX-VG900, which according to Sony is the world’s first consumer 35mm full-frame interchangeable lens camcorder. 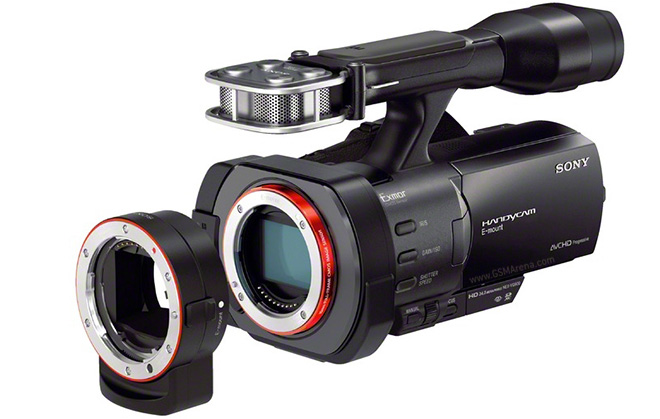 The VG900 uses the same 24.3 megapixel sensor that we saw on the A99. That sensor is big by DSLR standards and enormous when compared to other consumer camcorders by as much as as 40 times. The VG900 is also capable of taking full-frame 24 megapixel still photos in RAW format, just like the A99. END_OF_DOCUMENT_TOKEN_TO_BE_REPLACED

Sony has announced three new cameras, the most exciting of which is the DSC-RX1 that was leaked a couple of days ago. The other two are the NEX-6, the newest member of Sony’s mirrorless interchangeable lens cameras, and the Alpha SLT-A99. 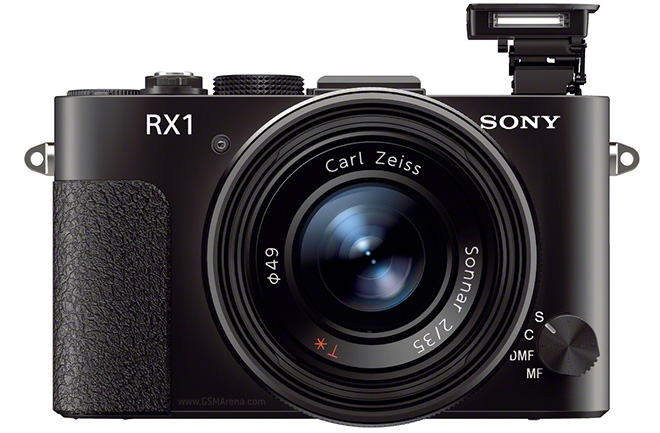 Let’s talk about the RX1 first. As was revealed before, the RX1 packs in a 35mm full frame sensor within a compact camera size body. The sensor is a 36 x 24mm EXMOR CMOS with a resolution of 24.3 megapixels. To go with that sensor, the RX1 has a fixed Carl Zeiss 35mm/f2.0 lens with dedicated focus and aperture rings. END_OF_DOCUMENT_TOKEN_TO_BE_REPLACED

After stuffing in a one-inch sensor inside the point and shoot RX100, it seems Sony is now going to put in a full-frame 35mm sensor inside an upcoming compact camera known as the RX1.

The RX1 looks like something that is barely larger than the RX100 but with a bigger lens to go with that ginormous sensor. The lens in question is a 35mm f/2.0 Carl Zeiss lens that looks like it’s removable but is fixed to the body. END_OF_DOCUMENT_TOKEN_TO_BE_REPLACED