After the lulzy Microsoft Surface Pro ad, Apple has now released two new ads for its own tablets, the iPad and iPad mini. 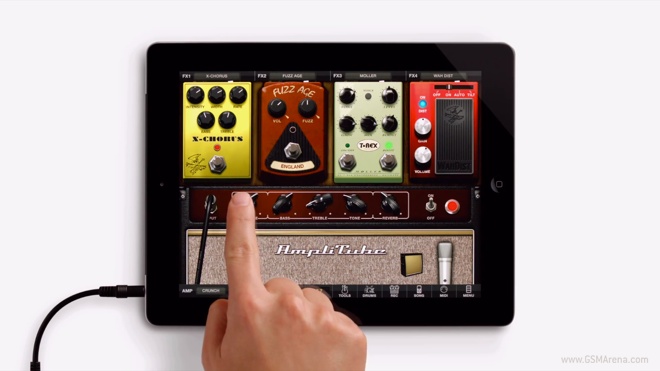 Called ‘Alive’ and ‘Together’, the two ads once again concentrate on people using their iPads to get things done, with the focus primarily being on the incredible range of third party tablet apps that the iPad has. END_OF_DOCUMENT_TOKEN_TO_BE_REPLACED

According to the sources at 9to5Google, Google will be opening its own chain of retail stores in the US by the end of the year around holiday shopping season. 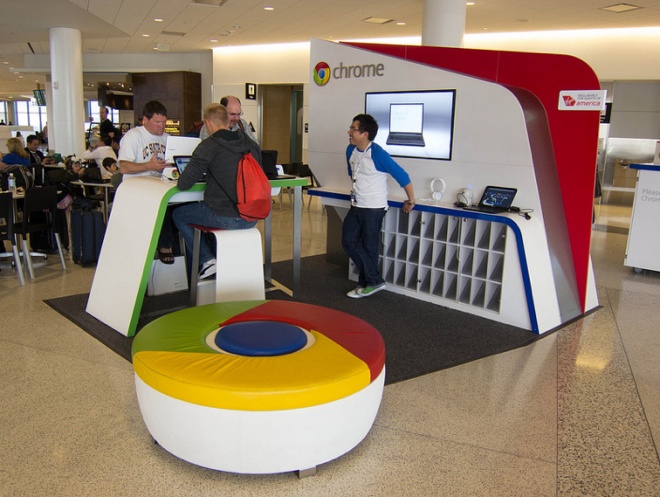 This move may have come across as a surprise a couple of years ago, but with the advent of the Nexus devices and the Chromebook, along with upcoming devices such as Project Glass, a retail chain of stores is just the thing that the company needs. END_OF_DOCUMENT_TOKEN_TO_BE_REPLACED

According to the latest report by The Wall Street Journal, Sony will be adding support for playing games streamed over the internet in the upcoming PlayStation 4 console, said to be unveiled during the February 20 event. 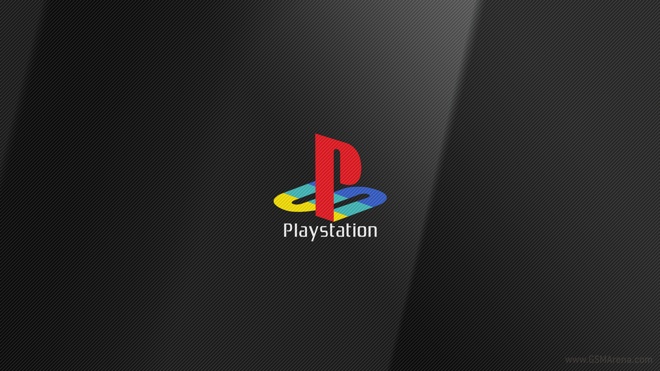 This shouldn’t come across as a big surprise as Sony recently acquired Gaikai, a cloud-based gaming service specializing in streaming games over the internet. However, it seems the streaming feature for the PS4 will be limited to streaming previous generation PS3 titles, at least initially. END_OF_DOCUMENT_TOKEN_TO_BE_REPLACED 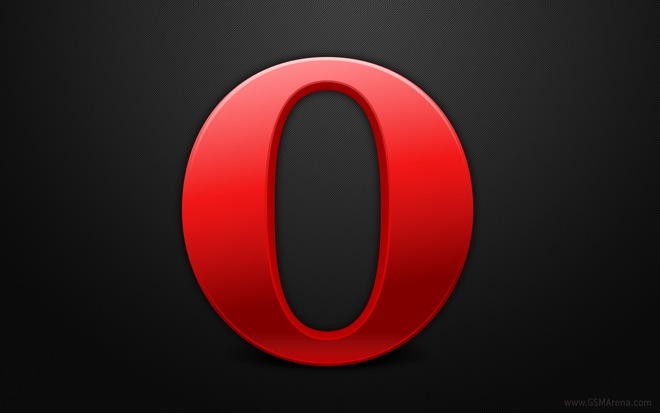 Rocket Optimizer works by compressing multimedia content such as images and videos on web pages on Skyfire’s servers and then sending them to the device, thus considerably reducing the bandwidth requirement on your device and the strain on mobile networks. This is similar to the way Opera Mini browser works, but Rocket Optimizer can also work with videos, something no other browser can. END_OF_DOCUMENT_TOKEN_TO_BE_REPLACED 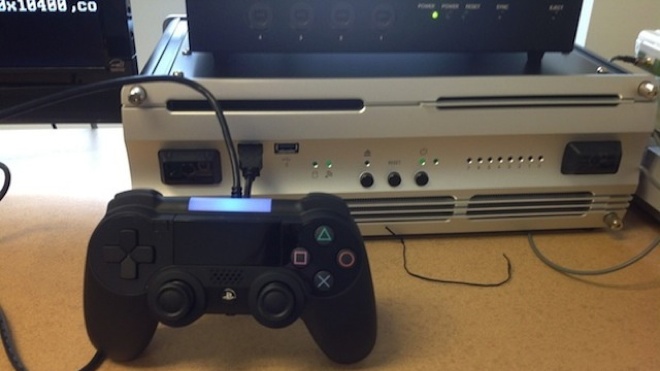 As you’ll notice right off the bat, there is a sizable black strip above the joysticks, which is said to be a touchpad. END_OF_DOCUMENT_TOKEN_TO_BE_REPLACED 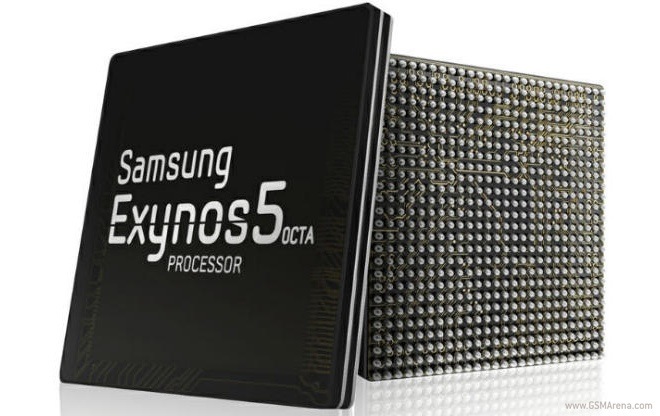 The processor in the video below uses triple Cortex A7 cores and two Cortex A15 cores in the big.LITTLE configuration. The MP scheduler is able to figure out the task load and intelligently assign it to the right domain. END_OF_DOCUMENT_TOKEN_TO_BE_REPLACED

Popular instant messaging client WhatsApp has gone through a major UI redesign on Android. While the former version was nothing more than just a slight revision of the iOS app, the latest update takes advantage of the new Holo UI guidelines for Android. 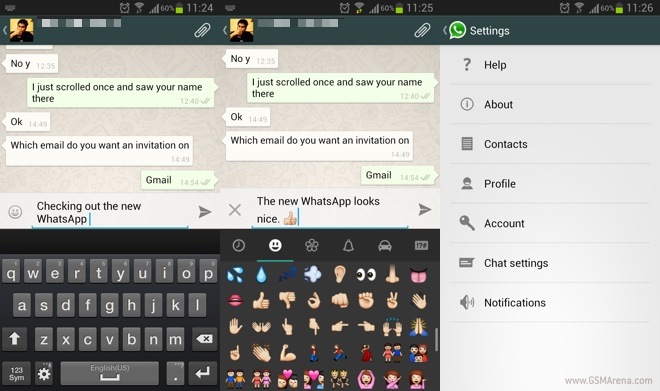 Right off the bat you’ll be able to see that the menu bar on top is now flat and in line with the new UI guidelines. Drop into a conversation and you will find new flat message bubbles and a redesigned text input field. END_OF_DOCUMENT_TOKEN_TO_BE_REPLACED 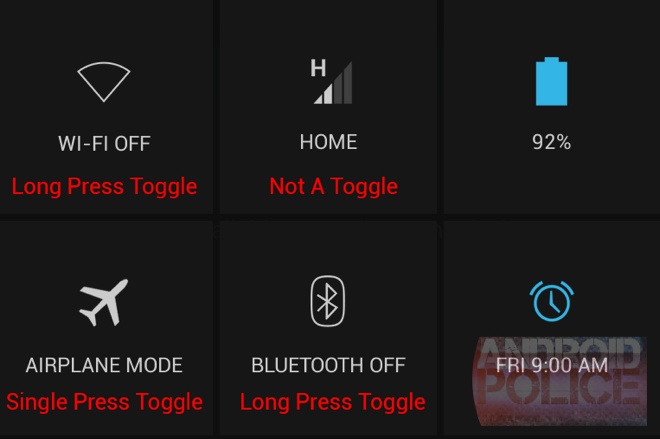 Android Police has made a short list of new changes that were made in this version of Jelly Bean. The major one seems to be the ability to use the notification screen shortcuts as actual toggles, something that was not possible before (it would take you to the particular option in the Settings app). END_OF_DOCUMENT_TOKEN_TO_BE_REPLACED

Check out all the HTC One teaser clips in one video

HTC has been releasing teaser clips on its official website for some time now that show bits and pieces of the upcoming HTC One, also known as the HTC M7.

Now all the clips have been released and they play one after the other on HTC’s website. But if you don’t want giant numbers in front of the video (there is a countdown on the site for the February 19 event) or the pause between them, watch the video below. END_OF_DOCUMENT_TOKEN_TO_BE_REPLACED

Google has been releasing some great ads for its products in the past couple of years. The ads for the Nexus devices in particular have been very good. 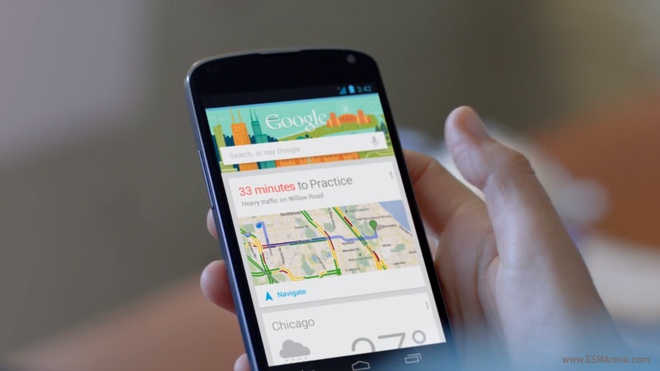 The latest in these series of great ads is this new one for the Nexus 4 that was aired during the Grammys. Although the ad is for the phone, it focuses solely on the Google Now functionality on the device. END_OF_DOCUMENT_TOKEN_TO_BE_REPLACED

Today we have for you the review of Shapes & Sound: The Shape Shooter, a new 2D action game available only on Android. The game looks interesting and seems to be getting a lot of positive feedback. So let’s see how good it really is. END_OF_DOCUMENT_TOKEN_TO_BE_REPLACED

What this basically does is change the language of the entire UI to the Lolcat speak that you must have seen in memes on the internet. So ‘Home’ becomes ‘HUM’, ‘Direct messages’ becomes ‘DIRECT MESSUJS, KTHNXBYE!’ AND EVRYTHIN JUS STRTS REEDIN LYK DIS LOLZ!! END_OF_DOCUMENT_TOKEN_TO_BE_REPLACED 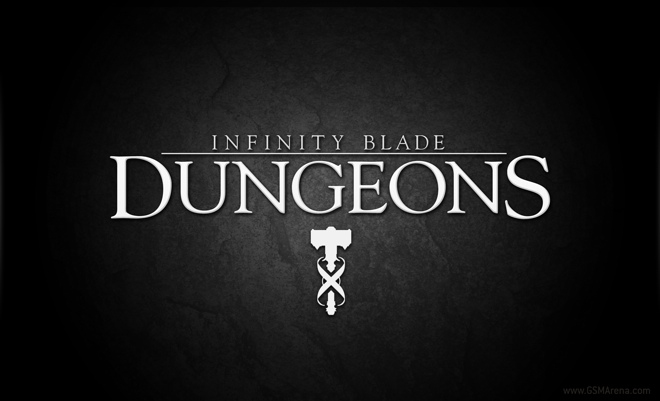 Unfortunately, Impossible Studios, the studio developing the game for Epic Games, has been shut down, with the game now put on hold indefinitely. END_OF_DOCUMENT_TOKEN_TO_BE_REPLACED 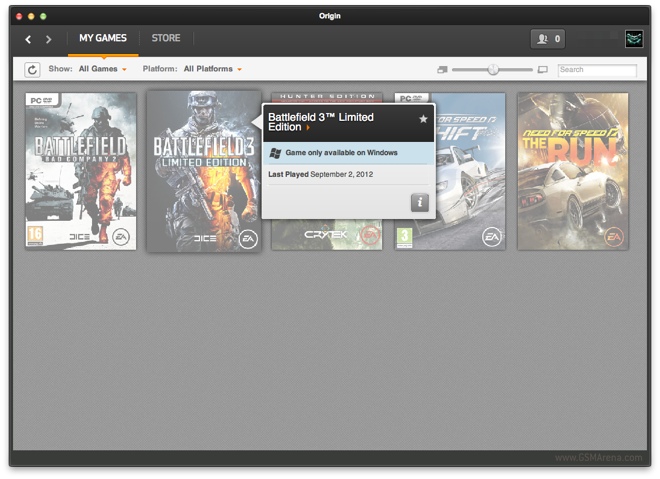 The client looks almost identical to the Windows version and other than the placement of the window buttons on top you can’t really tell them apart. The big difference, however, comes in the selection of games that is currently available. END_OF_DOCUMENT_TOKEN_TO_BE_REPLACED

After the part-phone-part-tablet amalgamation that was the PadFone, ASUS is now set to announce the, wait for it, FonePad. Unlike the PadFone, however, this one does not slot inside any other device (not yet, at least) and is a standalone Android tablet, based on an Intel processor. 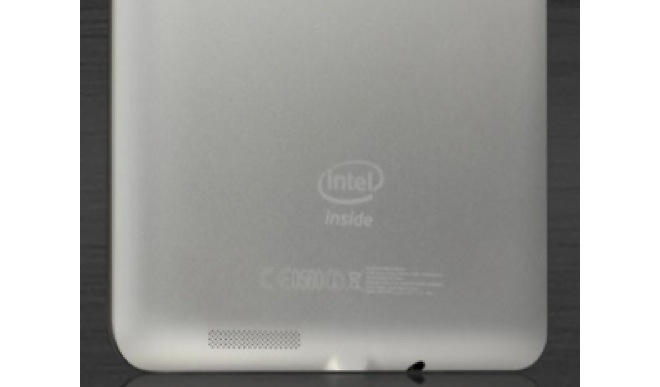