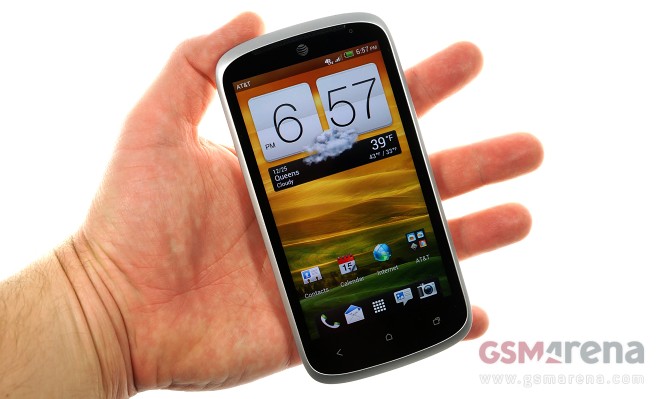 The HTC One VX features a Qualcomm Snapdragon MSM8930 chipset with a dual-core 1.2GHz CPU and Adreno 305 GPU. END_OF_DOCUMENT_TOKEN_TO_BE_REPLACED

The last one, Modern Combat 3: Fallen Nation was a particularly good game and with the latest one, Modern Combat 4: Zero Hour, Gameloft seems to have turned every dial to eleven to produce, at least on paper, one of the best first person shooters on the mobile platform. But does it actually deliver where it counts? Let’s find out. END_OF_DOCUMENT_TOKEN_TO_BE_REPLACED

Now, ten years later, Rockstar has ported the game over to iOS and Android. The Android version had a few hiccups out of the gate but since then things have been sorted. We decided to take a trip down the Vice City streets to see how the game holds up after ten years. END_OF_DOCUMENT_TOKEN_TO_BE_REPLACED

Google Nexus 4 goes through our battery test, see how it scored

Being the latest Nexus device, the LG Nexus 4 has been burdened by a lot of expectations. As our review pointed out, it’s not only a handsome device, but also quite powerful. What’s been left unanswered (so far) is how good its battery is at keeping the whole thing running. 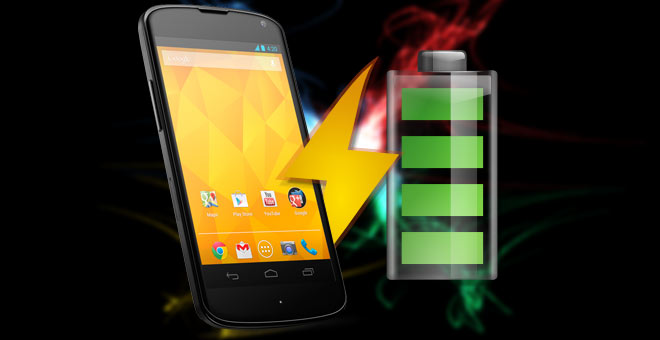 The Samsung Galaxy Nexus launched exactly a year ago posted terrible battery results due to an unfortunate combination of a relatively small battery capacity of 1750mAh, large high-res screen and not the terribly efficient TI OMAP 4460 chip. In comparison, the LG Nexus 4 features a 2100mAh battery and a 28nm Qualcomm chip, so let’s see how it did. END_OF_DOCUMENT_TOKEN_TO_BE_REPLACED

Honestly, I highly doubt that a Martin Logan product would be on your list if you were on the market for premium earbuds. This is understandable as the Mikros 70 is the company’s first pair of those to come to the market. However, Martin Logan’s pedigree of manufacturing high-quality speakers whose price tag can top the MSRP of a family sedan was enough to grab my attention. 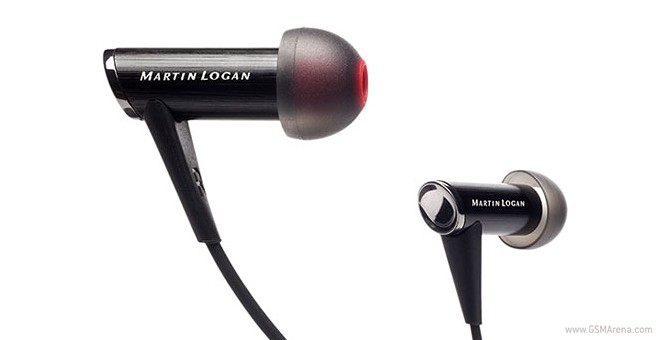 Logically, the iOS products compatible Martin Logan Mikros 70 are not entry-level earbuds. Priced at $149.99, the headset sits in one of the most competitive segments on the market, with plenty of well-established players facing it. I am now going to find out if the Mikros 70 has what it takes to get its own piece of the action. END_OF_DOCUMENT_TOKEN_TO_BE_REPLACED

Now it has finally hit Google Play and can be purchased separately. We decided to give it a try and see how well it fares on the small screen. END_OF_DOCUMENT_TOKEN_TO_BE_REPLACED

The Google Nexus 10 lands in the office, shows its 4 megapixel screen to our camera

The Google Nexus 10 has finally graced our office with its presence. Not only is this Google’s first swing at a 10-inch slate, but it’s also the tablet with the highest resolution screen on the market. It’s got a 2560×1600-pixel LCD with a pixel density of 300 ppi, which can put even the Retina iPad to shame. 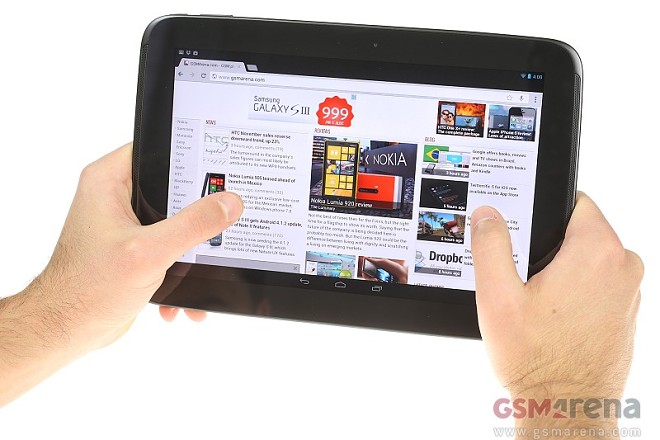 The Google Nexus 10 is also the first tablet to be powered by Samsung’s new Exynos 5250 chipset, featuring a couple of Cortex-A15 cores. And all Google is asking for this impressive package is $400. END_OF_DOCUMENT_TOKEN_TO_BE_REPLACED 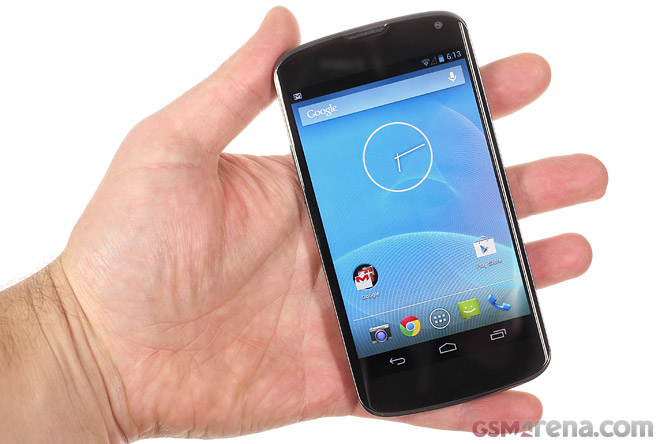 While the quad-core Krait processor and the 4.7″ WXGA screen are great, we have to admit we spent quite a while just playing with the back. END_OF_DOCUMENT_TOKEN_TO_BE_REPLACED

Nokia Lumia 920 goes through our battery tests, here’s how it did

The Nokia Lumia 920 brings big innovations in mobile tech with its PureMotion HD+ display and optically stabilized Carl Zeiss camera lens, but what about the battery? It’s a 2000mAh unit – more or less on the same level as the Android flagships and the biggest Nokia has put in a smartphone.

But is it enough? How does it compare with the Lumia 820? Armed with a watch, a calculator and patience we set off to find out. END_OF_DOCUMENT_TOKEN_TO_BE_REPLACED

Nokia made a pretty big deal of the stabilization feature of its Lumia 920 flagship smartphone. The handset comes with the Floating lens technology, which is real optical image stabilization, as opposed to the digital solution of its competitors.

Naturally, we were very curious to find out how big a difference the new technology makes, so we decided to pin the Nokia Lumia 920 against the Apple iPhone 5 (which has the most efficient digital video stabilization we have seen so far). END_OF_DOCUMENT_TOKEN_TO_BE_REPLACED

As it often happens in the mobile world, the Android version is late, more than two years late this time. Still, it’s finally here and since the iOS version of the game was well received back when it came out we decided to take the Android version for a spin and see how it fares. END_OF_DOCUMENT_TOKEN_TO_BE_REPLACED

Nokia Lumia 920 comes back to our office, promises to stay for a full review this time

A couple of weeks back, we gave you a hands on of the new Windows Phone-powered Nokia flagship, the Lumia 920 for AT&T. Back then however the phone was delivered to one of our US offices and not to our HQ, so we were unable to do a proper review complete with all our trademark tests. And since we felt that a smartphone of this stature deserved better, we decided to wait until we receive the international version. The waiting is finally over, though and we’ll now do our best to give you the review as quickly as possible. 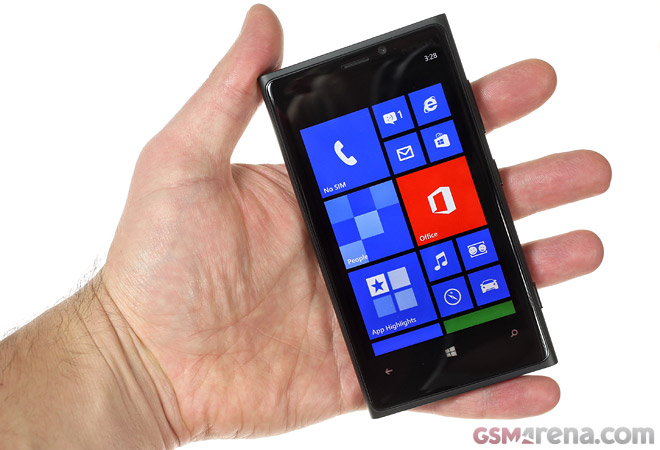 You can be sure we’ll be doing all of our traditional tests (plus some exclusive to this review like an optical stabilization test), and comparing every aspect of the Nokia Lumia 920 to the likes of the Apple iPhone 5 and Samsung Galaxy S III. END_OF_DOCUMENT_TOKEN_TO_BE_REPLACED

The Samsung Galaxy S III mini is a scaled down version of its big namesake – that means a smaller 4″ screen, two CPU cores instead of four and a smaller battery too, with 1,500mAh capacity.

Did the battery life scale accordingly, is it still the same, or even better? That’s what we’re here to find out. END_OF_DOCUMENT_TOKEN_TO_BE_REPLACED

The latest offering from Acer features a dual-core 1.5GHz Krait CPU, and pushes out an 4.3 inch HD display on Adreno 225 graphics. 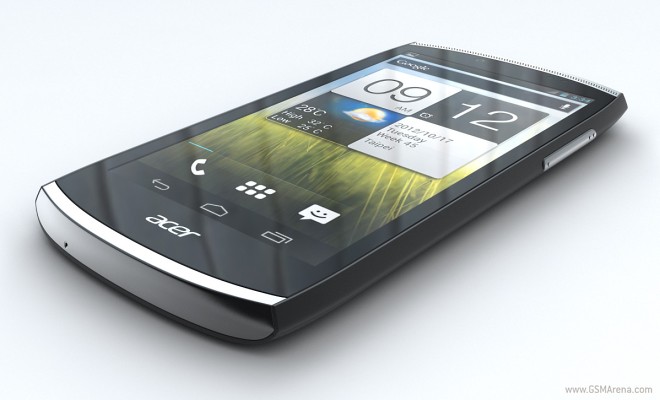 It’s seems that this is quite a lot to ask from a 1460 mAh battery, but let’s if it’s up to the task. END_OF_DOCUMENT_TOKEN_TO_BE_REPLACED 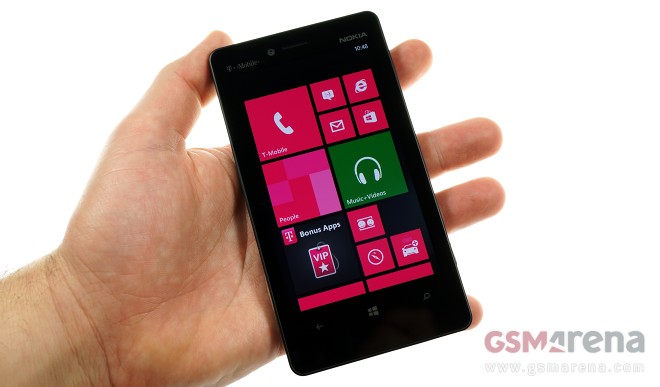 Like its 920 and 820 siblings, the Nokia Lumia 810 packs a dual-core Qualcomm Snapdragon S4 chipset and a gig of RAM. END_OF_DOCUMENT_TOKEN_TO_BE_REPLACED