Now it has finally hit Google Play and can be purchased separately. We decided to give it a try and see how well it fares on the small screen.

Note: In the Play Store, the APK size shows up as 294MB, but in reality the actual file is around 10MB, with the rest of the data being downloaded once you launch the game. This means that unless you have a fast connection, you would run out of the 15 minute refund window even before you start the game. Keep this in mind before purchasing it.

In Splice, you are in control of these microbial cell structures. In each level (called strand), you will find that the cells are arranged at a random and there is a proper way to arrange them outlined in the background. You have to drag and drop these cells into the correct formation to complete the level.

The challenge comes when you realize you can’t just move the cells anywhere you like. Each cell can be moved in a particular location, and moving one cell also moves those attached to it and affects the ones around it. Certain cells have special abilities, that can be triggered before or after moving them in the correct location. Also, you get a fixed number of tries per level to move them in place (called splices). Thankfully, there is a rewind feature, which lets you go back splice by splice and make changes. You can either use the slider on the side of the screen for that or drag using two fingers. 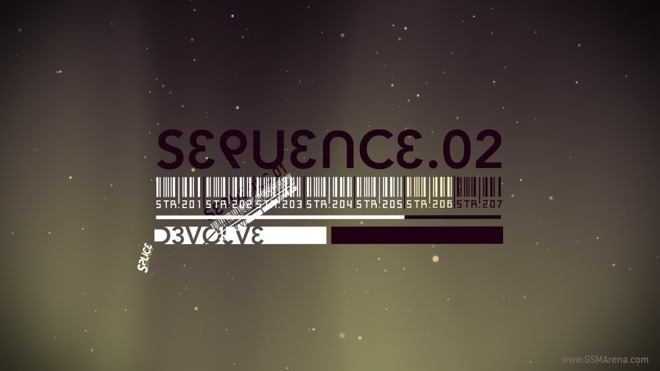 The game involves a ton of experimentation to solve. You will need to figure out where each cell goes by dragging it around, and see if it fits. You also have to plan for special abilities, such as cells the multiply when you tap them, so that they multiply into the correct formation.

This is not for someone who gives up easily. Each level takes only a handful of moves to complete, but you’ll have to play around a lot to find out what exactly those steps are. You do get a great sense of accomplishment once you complete the structure, so it does seem worth the trouble. 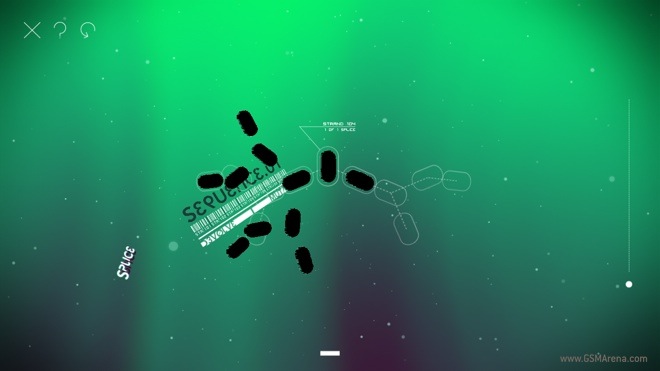 Problem is, it might seem easy enough now that I have explained it all but the game itself takes little trouble to explain it to first time gamers. I found myself staring at the screen for ages before realizing what on earth is going on and what exactly I’m supposed to do. And this seems to be the general reaction of anyone who’s played the game; they don’t know how to play it. Most like me would figure it out eventually. Some would just give up after the first few levels.

Like I said, this game requires a lot of patience and perseverance. The lack of a tutorial mode is frustrating and not having a hint system or the ability to skip a level if you get stuck does not help either.

Cipher Prime Studios, the developers of Splice, have some incredible looking and sounding games for iOS. Unsurprisingly, Splice is just as amazing. Splice looks visually stunning, with vivid color backgrounds and an amazing layered UI that looks especially good on an AMOLED display. When you click on any menu item, it moves in the background instead of just disappearing. Even while playing the game, you can see the level selection menus, etc. far in the background. Splice also makes excellent use of the accelerometer by letting you shift perspective as you move the device, which emulates the effect caused by moving the mouse around in the desktop version. This does not help the gameplay one bit but is great to look at. 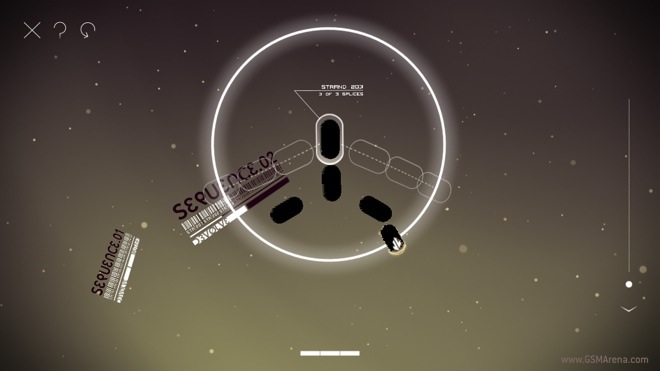 Unfortunately, there is a major problem with the visuals in Splice. The game has been designed for larger screens and feels completely out of place on smartphones. On iOS, the game only runs on the iPad but on Android the developers have placed no such restrictions. I tried it on a 4.8-inch display of a Galaxy S III and still found menu items ridiculously tiny. It reminded me of touchscreen interfaces from the past, where everything was made small to be used with the tip of a stylus.

Of course, with a tablet, even a 7-inch one, the game should be quite comfortable to play. But if you have a smartphone with a screen smaller than 4.7-inch, you might want to skip this game. On something like the Galaxy S III or the One X, the game is not completely unplayable but hitting some of the buttons or using the slider on the side is quite difficult. Besides, the entire cell structure looks quite small.

The audio has had no issues translating to the smaller screen and sounds just as good. The soothing piano music is just incredible and you never get tired of it no matter how many times you listen to it. The sound is not as big a focus as it was in previous Cipher Prime games but it’s good to see it wasn’t ignored in this one.

Note: You can purchase the complete soundtrack here. It’s beautiful and absolutely worth the money.

Splice is is a very interesting and challenging puzzle solving game. The levels will tax your brain and will test your patience to the hilt. It also looks and sounds great. Unfortunately, the lack of clear-cut instructions on how to play the game, missing hint or level skip system and the lack of optimization for small screen devices means it fails to reach the greatness that the gameplay deserves. I can’t recommend it to everyone because I’m sure not everyone has the patience required for this game but if you do, get it on a tablet or on a computer.

Rating: 3.5/5
Pros: Challenging levels will leave you scratching your head for hours, brilliant visual and audio presentation
Cons: Lacks a tutorial mode, hint system or ability to skip levels, visuals not at all optimized for smartphone screens