The EXOvault EXO18 case for the iPhone 5s is aimed at users who find the look of their already high-end smartphone a tad too common. The cover is made using exotic materials which include aluminum, brass, nickel, rosewood, ebony, and ziricote wood. 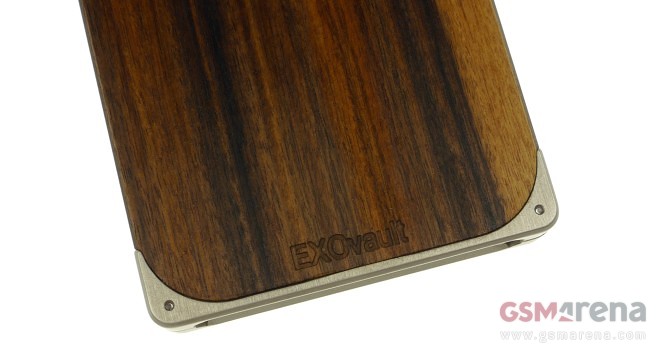 EXOvault accessories are handcrafted in low volume by a small team of artists in Williamsburg, Brooklyn. Being manufactured in New York’s trendiest neighborhood undeniably adds an extra layer of cool to the EXOvault products, so hit past the break to find out what it’s like to have an iPhone 5s in one of them! END_OF_DOCUMENT_TOKEN_TO_BE_REPLACED

Behold! The Google Nexus 5 is here. Due to its insane popularity, it’s a bit hard to come by, but now that it’s here, let’s get down to our hands-on. 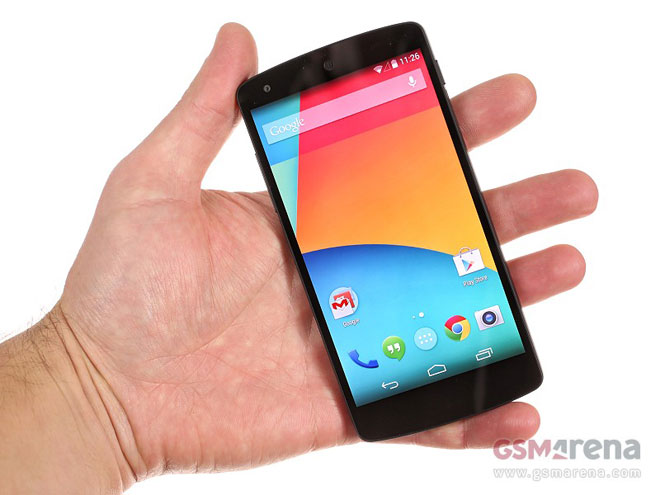 Made by LG but designed entirely by Google’s finest, the Nexus 5 is what the tech-giant thinks is the best vessel to showcase the true power of pure Android. Just like the Nexus 4 was built using the LG Optimus G framework, the Nexus 5 uses the groundwork laid out by the LG G2. END_OF_DOCUMENT_TOKEN_TO_BE_REPLACED

The Samsung Galaxy Ace 3 moniker is really the name of three different phones – one is a regular entry level Android phone, the other is a dual-SIM handset and the third one packs 4G LTE connectivity. Today we have the dual-SIM variant on hand in our studio, so join us as we take a look at what makes the latest entry-level Samsung droid work. END_OF_DOCUMENT_TOKEN_TO_BE_REPLACED

Sleek bezels, thin edges and a diet that did wonders – here’s the iPad Air hands-on

While many were awaiting the iPad mini with Retina display, Apple was busy running the larger iPad through the treadmill so that when the unveiling came, it won’t fall into the shadow of its smaller sibling. 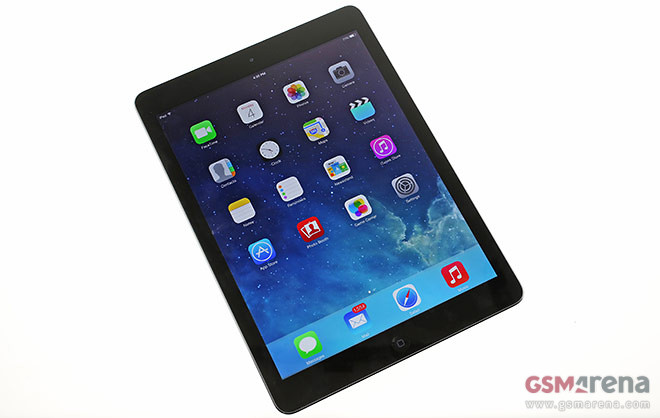 So much so, in fact, that once unveiled, it was revealed that the rudimentary upgrade was not to the big iPad but, in fact, the iPad mini. The streamlined body, reduced weight and retention of the great display made the iPad Air the talk of the town, garnering the front spot on Apple’s website is a testament to that. END_OF_DOCUMENT_TOKEN_TO_BE_REPLACED

The SMS Audio Street by 50 headphones are the company’s entry-level on-ear offering. At a quick glance, the headset is equipped and priced to go head to head to head with the popular Beats Solo HD. 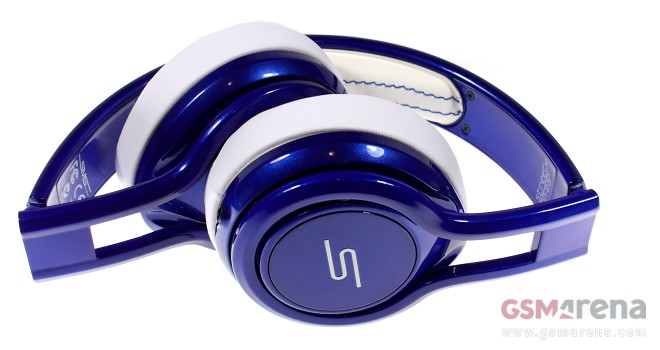 Majority owned by hip-hop legend 50 Cent, SMS Audio (SMS stands for Studio Mastered Sound) aims to capture a chunk of today’s lucrative market for premium headphones. Read on to find out how the entry-level Street by 50 model fares on a daily basis! END_OF_DOCUMENT_TOKEN_TO_BE_REPLACED

The BlackBerry Z30 is the latest smartphone offering from the struggling Canadian manufacturer. Many wonder if it’s going to be the last nail in the BlackBerry coffin or if it will help it get a tiny breath of fresh air. 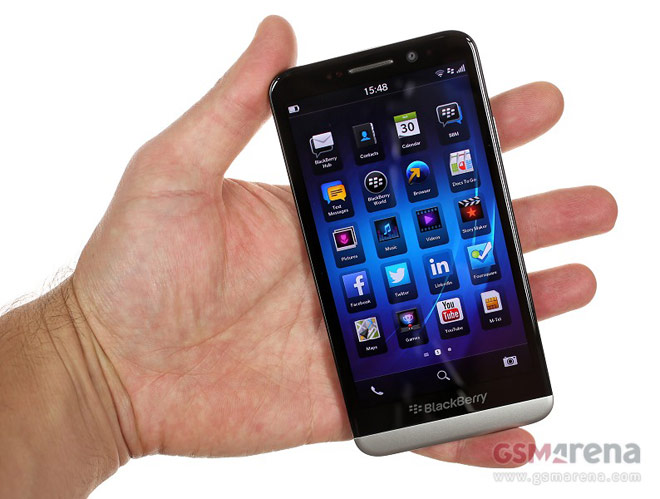 You won’t find the answer of this question here, it’s going to take a full blown review before we know it. For now, we’re going to give you a quick overview of what the BlackBerry Z30 is. END_OF_DOCUMENT_TOKEN_TO_BE_REPLACED Although it doesn’t have the touchscreen and flashy design of some of its competitors, the Pebble brings a great feature set at a price significantly below competing offerings from Sony and Samsung. After the break, we take a close look at the Pebble and how it works. END_OF_DOCUMENT_TOKEN_TO_BE_REPLACED

The LunaTik Taktik Strike and the LunaTik Seismik are a duo of rugged cases for the iPhone 5s. However, unlike many of the strictly utilitarian-looking offerings out there, the LunaTik bunch comes with a decidedly heavy accent on design. 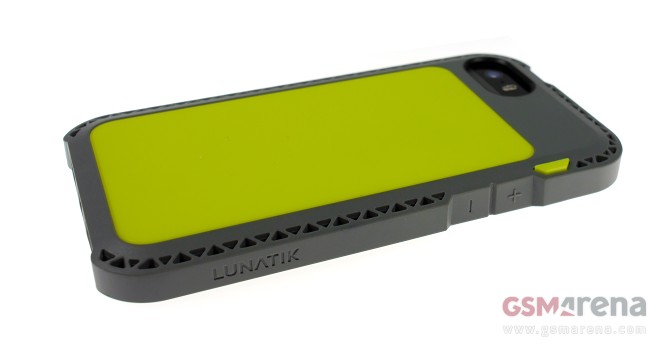 Based in Chicago, LunaTik originated as a Kickstarter success story back in 2010. The design studio powerhouse MNML is responsible for the looks of the company’s products. Read on to find out how the Taktik Strike and Seismik iPhone 5s cases fare on a daily basis! END_OF_DOCUMENT_TOKEN_TO_BE_REPLACED

The Korean designer and manufacturer of smartphone accessories Spigen offers one of the most extensive collections of cases available for the iPhone 5s. The lineup covers everything from protective skins, all the way to rugged case offerings. 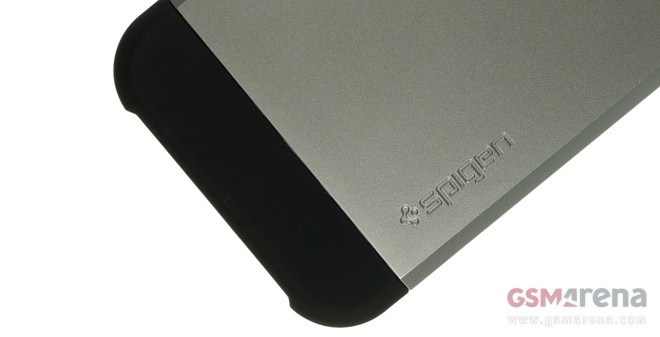 Unsurprisingly, the iPhone 5s cases’ designs have been carried over from the previous generation of the smartphone. Spigen, however, has freshened them up by adding new color options, including the Champagne Gold Collection to match the popular color scheme of the iPhone 5s. END_OF_DOCUMENT_TOKEN_TO_BE_REPLACED

We just received the Meizu MX3 and if you haven’t heard of it we’ll take you through the important stuff and naturally give you a video to play with. 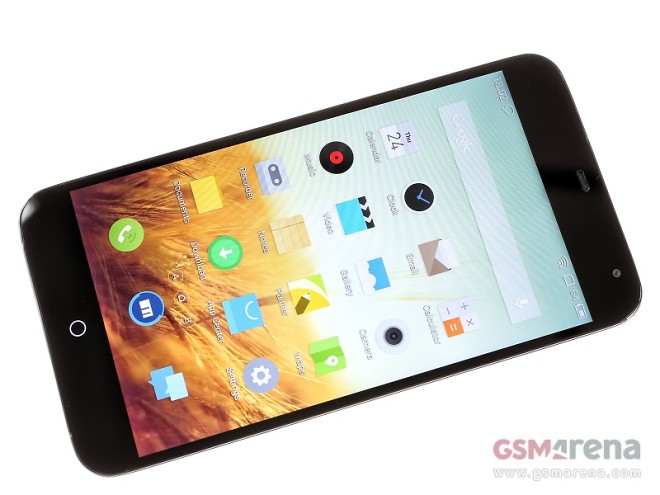 Meizu isn’t a big manufacturer on the international scene but it’s very popular in Asia and there’s a good reason why. The MX3 is its latest flagship and seems to have all the ingredients to challenge the big boys. Follow us as we give the Meizu MX3 the GSMArena hands-on treatment. END_OF_DOCUMENT_TOKEN_TO_BE_REPLACED

The Braven 850 is the Utah-based manufacturer’s most capable wireless speaker to date. With a body made of machined aluminum and chock full of extra features, the speaker looks well-equipped to compete for a chunk of today’s ultra-competitive market for wireless portable speakers. 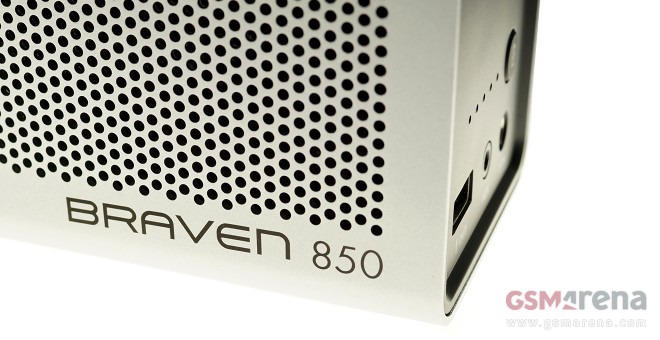 With the market for wireless speakers experiencing massive growth over the past couple of years, we’ve decided to try our best to bring you our take on the more interesting players in the field going forward. After all, most of speakers are destined to be paired with smartphones and tablets, and are being sold alongside them as accessories. Read on to find out how the Braven 850 fares as a go-to audio companion on a daily basis! END_OF_DOCUMENT_TOKEN_TO_BE_REPLACED

The refreshed Samsung Galaxy Note 10.1 slate joined our review queue a while ago. We have the Wi-Fi-only model, which is powered by Samsung’s own Exynos 5420 Octa chipset. 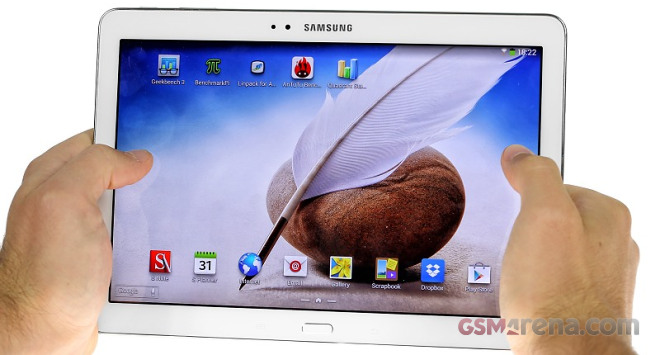 ASUS announced its latest convertible tablet at this year’s IFA in Berlin and it’s called the Transformer Pad TF701T. The eagle-eyed among you will notice that ASUS has dropped the Infinity moniker and has chosen a simpler naming scheme for its premium tablet. 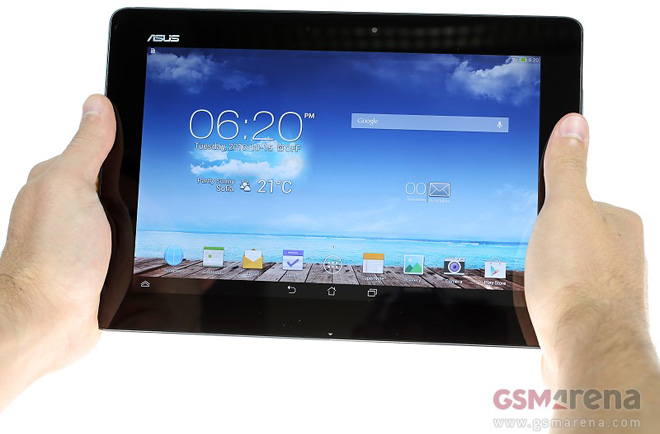 Just like its predecessor, the Transformer Pad rocks a 10.1″ IPS display. Unlike it, however, it’s an IGZO panel, which promises richer, more accurate colors and improved brightness. It’s also featuring a higher, 2560 x 1600 pixel, resolution which results in a pixel density of 300ppi. END_OF_DOCUMENT_TOKEN_TO_BE_REPLACED

We give the HTC One Max the hands-on treatment, lots of photos inside

The freshly unveiled HTC One Max is here at HQ and we’ve got a bunch of images to share with you guys. 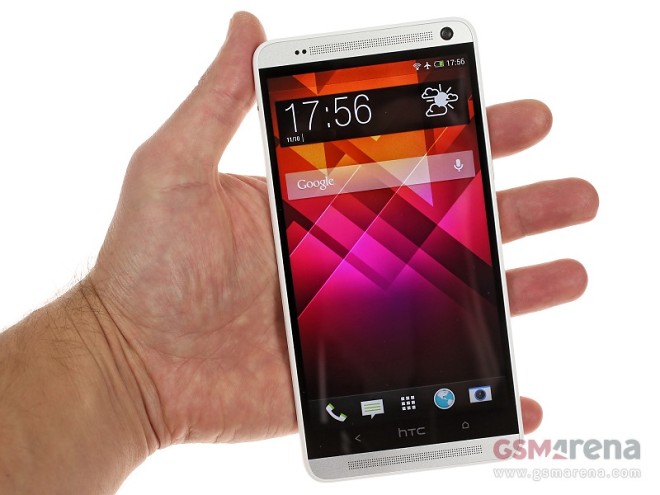 Built around a whopping 5.9″ display of 1080p resolution, the One Max is HTC’s first real attempt at a phablet device and will be taking on the likes of the Samsung Galaxy Note 3, Sony Xperia Z Ultra and LG Optimus G Pro. END_OF_DOCUMENT_TOKEN_TO_BE_REPLACED

The Griffin WoodTones over-ear headphones as their name suggests, are made from the increasingly popular these days natural wood. The accessories powerhouse has aimed to combine the fashionable look of the headset with top-notch ergonomics, capable sound, and affordable price tag.

I’ve experienced in-ear headphones with wooden construction on a couple of occasions in the past and found them to have pleasantly characterful sound profiles. Read on to find out how the much bigger Griffin WoodTones fare as a daily driver! END_OF_DOCUMENT_TOKEN_TO_BE_REPLACED