The long wait is almost over, then. Samsung’s sweet-looking Galaxy Tab 8.9 Honeycomb tablet will be going on sale in select BestBuy stores this Thursday. Reportedly, shipments have already arrived in the US and now we are just waiting for them to be distributed to stores around the country. 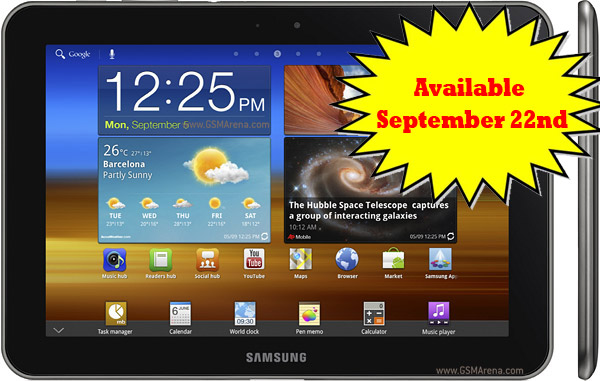 According to BestBuy some stores will have to wait until 25th to get their retail units, but the company didn’t specify which ones. The Galaxy Tab 8.9 is currently listed at $399 on the seller’s official website, which sound like a great deal for the Tegra chipset and the 1280 x 800 PLS TFT screen. END_OF_DOCUMENT_TOKEN_TO_BE_REPLACED

The Archos 80 G9 Honeycomb tablet coming at the end of this month, the 101 G9 delayed to October

If you have been waiting for the two latest Archos G9 slates to hit the shelves so you can finally jump on Honeycomb bandwagon, we are afraid we have some bad news for you. The French manufacturer confirmed that only the Archos 80 G9 will be meeting its promised September release schedule for the Archos 80 G9, while the Archos 101 G9 has been delayed to October.

The TI OMAP4-based 8″ Archos 80 G9 and 0.1″ Archos 101 G9 prices will be starting at $299 and $399, respectively and they will both have HDD versions for those in need of high storage capacities. END_OF_DOCUMENT_TOKEN_TO_BE_REPLACED 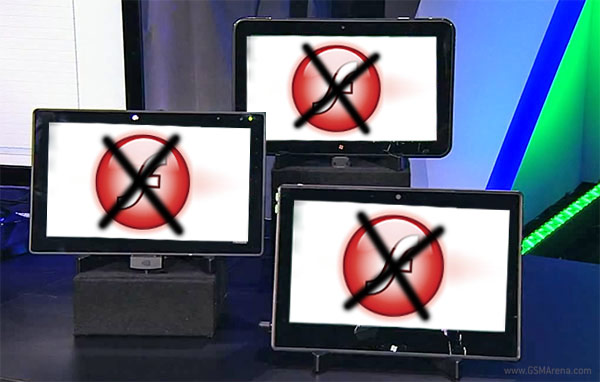 Apparently, the Metro IE 10 won’t support any plug-ins and that includes the famous Adobe Flash Player. According to Microsoft getting rid of plug-ins will lead to improved battery life as well as security, reliability, and privacy for consumers, so the company chose to do an Apple and put performance over functionality. END_OF_DOCUMENT_TOKEN_TO_BE_REPLACED

With Microsoft’s latest operating system looking like a great fit for tablets and Apple’s iOS still the one to beat, there this will be a choice a lot of people will be making in a few months. “What should I choose – a Windows 8 slate or an iPad?”.

Of course, the hardware and the available third-party apps will play a large part in this choice, but the underlying OS is ultimately what can make or break the user experience. So here we give you a 10-minute video showdown of the iOS 5 and Windows 8 for you to enjoy. END_OF_DOCUMENT_TOKEN_TO_BE_REPLACED

Samsung Galaxy Tab 8.9 US goes on pre-order at BestBuy, starts at $470

The Samsung Galaxy Tab 8.9 pre-orders in the US have begun, as BestBuy started listing two versions of the Android 3.1 Honeycomb slate. The 16GB Wi-Fi-only version of the 8.9″ droid goes for $470, while the units with 32GB of storage cost $570. 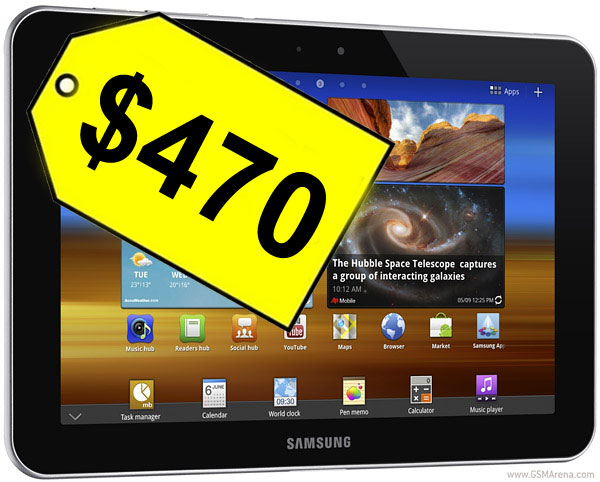 The estimated arrival time of your orders is listed as September 25th to September 26th , so the tablets are probably already on their way to BestBuy stores around the US. Unfortunately the 3G-enabled version is nowhere to be seen at this stage, but it should come up eventually. END_OF_DOCUMENT_TOKEN_TO_BE_REPLACED