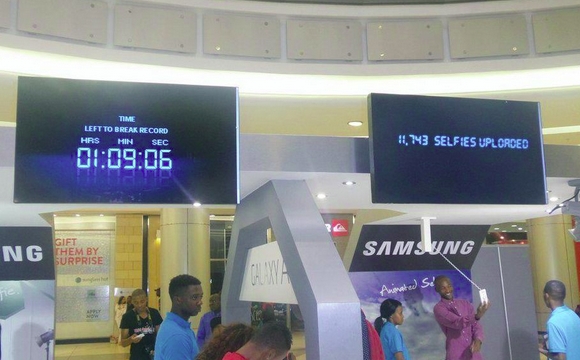 A total of 12,803 selfies were taken with the company’s Galaxy A series devices, which was 3,000 more than the previous record. END_OF_DOCUMENT_TOKEN_TO_BE_REPLACED

On March 1 Samsung is set to unveil its next flagship smartphone, which it will probably call the Galaxy S6. This is obviously one of the most hotly anticipated devices of the year, and because of that we’ve heard a lot of rumors about it recently. Some of them have even brought us pictures of such things as the phone’s metal frame. And now someone has decided to use all the information in the most recent rumors and leaks to create a few renders of what the Galaxy S6 might end up looking like. 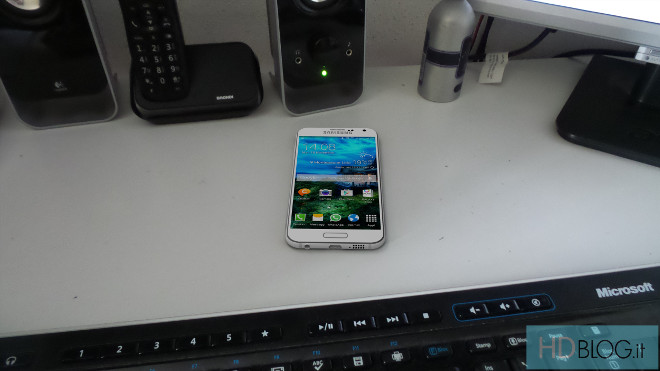 So do keep in mind that these aren’t leaked images actually depicting the handset. Instead, they are renders that were created to give us an idea about its design, assuming of course that the rumors would pan out. END_OF_DOCUMENT_TOKEN_TO_BE_REPLACED 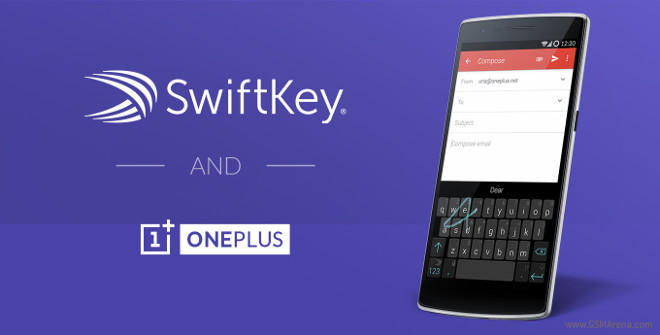 On the other hand, if you don’t like SwiftKey, you’ll now have to live with it on your OnePlus One, since there probably won’t be an easy way to uninstall it. At least it won’t be selected as the default input method – those who want to try it will have to enable it from the dedicated Settings menu first. END_OF_DOCUMENT_TOKEN_TO_BE_REPLACED

US retailer BestBuy is now offering the HTC One (M7) off contract for $149.99. The store is obviously clearing its inventory as a preparation for the launch of the HTC One (M9) in a month’s time. 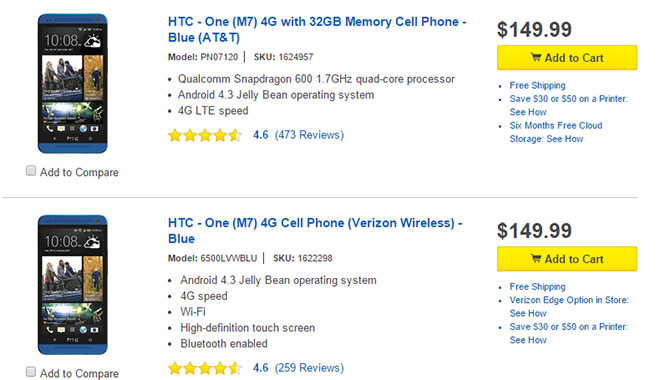 The device is available for both AT&T and Verizon and is more than a decent phone for the money considering there’s a no long-term contract to sign. Not to mention, that HTC is working on an Android 5.0 Lollipop update for the phone as well. END_OF_DOCUMENT_TOKEN_TO_BE_REPLACED 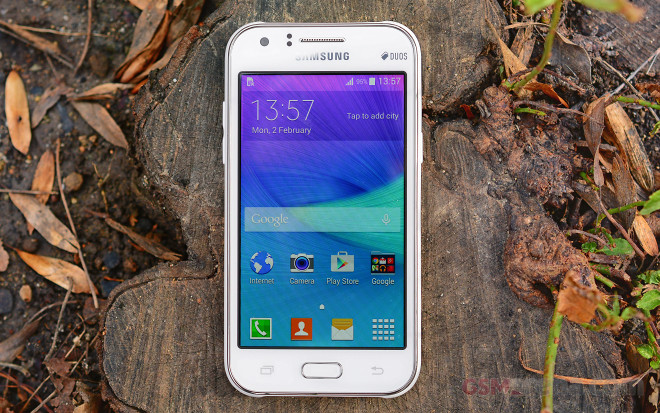 The phone is set to be priced very attractively and will come in three hardware versions – two will have a 64-bit Marvel Armada Mobile chipset with either single or dual-SIM options and the one we have with us here – a Spreadtrum chip with dual-core 1.2GHz processor and dual-SIM abilities. END_OF_DOCUMENT_TOKEN_TO_BE_REPLACED 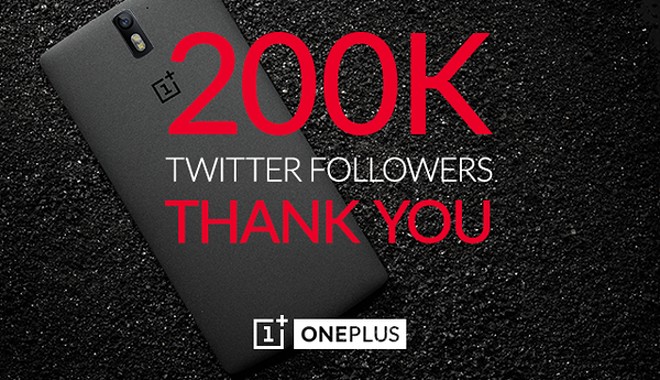 Naturally this is an opportunity to celebrate and what better way than giving out 20,000 free invites to purchase the OnePlus One handset. The small, start-up style company has been battling to handle the massive interest towards their device by implementing an invite purchase system. The smartphone is also available through outer retailers, but the price is usually a bit higher. On rare occasion like this you have a chance to snatch one straight from the source. END_OF_DOCUMENT_TOKEN_TO_BE_REPLACED 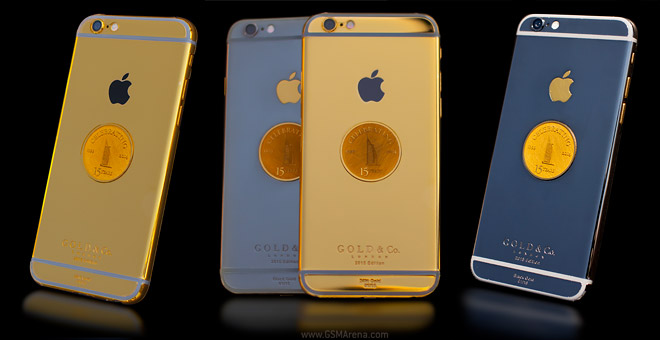 Crafted by Gold & Co London (which had previously supplied the hotel with golden iPads), the commemorative iPhone 6 units come in Yellow and Black Gold. END_OF_DOCUMENT_TOKEN_TO_BE_REPLACED

In a statement to Sammobile, the tech giant said, “Samsung has no plans to host an Unpacked event in the US,” adding that those who are not traveling to MWC, can watch the event via livestream at youtube.com/SamsungMobile. END_OF_DOCUMENT_TOKEN_TO_BE_REPLACED 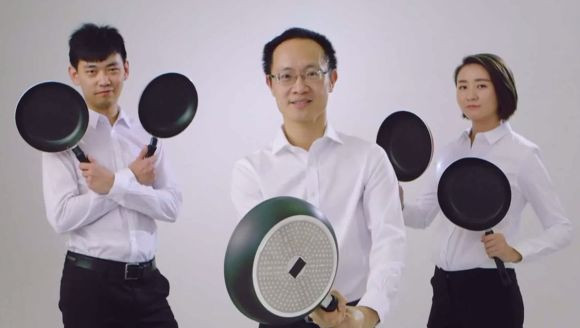 In it, we can see Xiaomi President and co-founder Bin Lin musing about how his company has a patented new solution which ensures there are no protruding cameras on its phones’ backs. END_OF_DOCUMENT_TOKEN_TO_BE_REPLACED

Chinese smartphone manufacturer Oppo has launched a new global mobile photography contest that gives participants a chance to share their stories with photographs. Dubbed It’s Your Turn, the three-week contest centers on three themes: “Selfie Showdown”, “Our World”, and “Inspiring Moments”, and will see winners getting the company’s N3 smartphone. 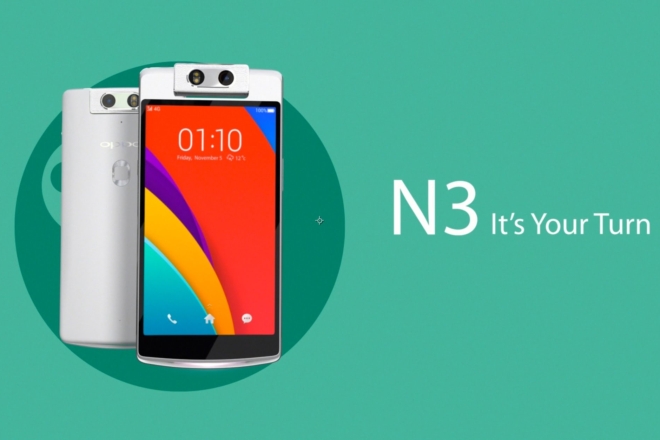 To take part in the contest, you can either directly visit the contest’s official page or share your photos on social media websites like Facebook. “The Facebook accounts of OPPO’s global and country sites will share photos uploaded by participants on a regular basis,” the company said. END_OF_DOCUMENT_TOKEN_TO_BE_REPLACED 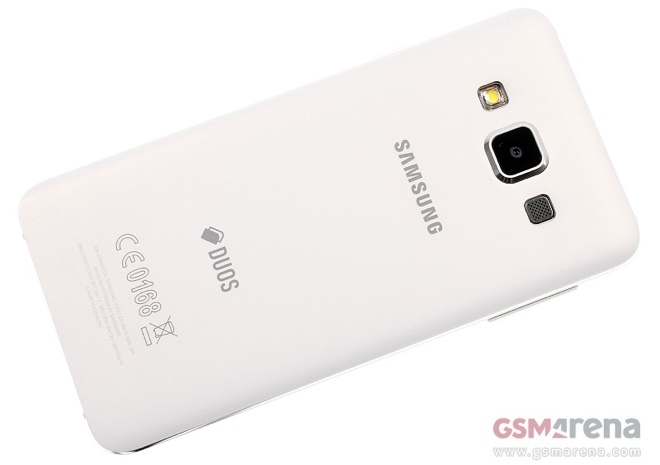 However, the phone doesn’t sport battery hungry specifications either. We have a 4.5″ Super AMOLED qHD display and a Snapdragon 410 chipset with a quad-core Cortex-A53 CPU. It all sounds like a classic recipe for a solid battery life, so let’s dig right in and see if this is the case. END_OF_DOCUMENT_TOKEN_TO_BE_REPLACED 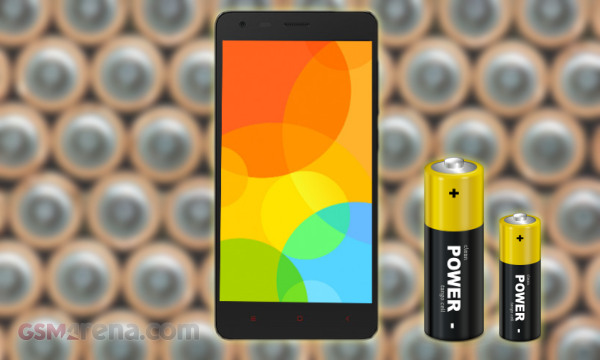 The Redmi 2 battery has 10% higher capacity, while the display and overall performance have been kept the same. We are eager to check how the new hardware and MIUI v.6 are doing with the 2,200 mAh battery unit. END_OF_DOCUMENT_TOKEN_TO_BE_REPLACED

In the last week of January we saw the introduction of a wave of new phones from major players in the industry. Motorola, ZTE, HTC, Asus, Samsung and Meizu outed smartphones to compete in the mid-range and upper mid-range segments. 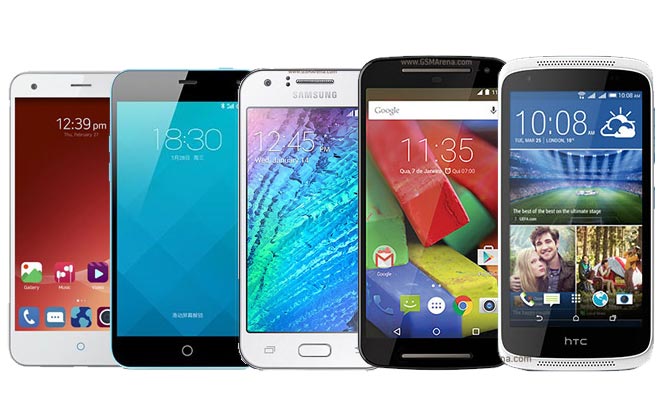 So now, it’s only logical to ask you which one got your interest most. Motorola outed the Moto G 4G (2015) on Friday, but throughout the week we welcomed the ZTE Blade 6, HTC Desire 526G+, Asus Zenfone C, Samsung Galaxy J1 and Meizu m1 to our database. END_OF_DOCUMENT_TOKEN_TO_BE_REPLACED

The all-important new OS carries a lot of weight on its shoulders and needs to succeed if Microsoft is to stand a chance at more than marginal presence in the smartphone world. The dominant position in the desktop market seems stable but shouldn’t be taken for granted. END_OF_DOCUMENT_TOKEN_TO_BE_REPLACED 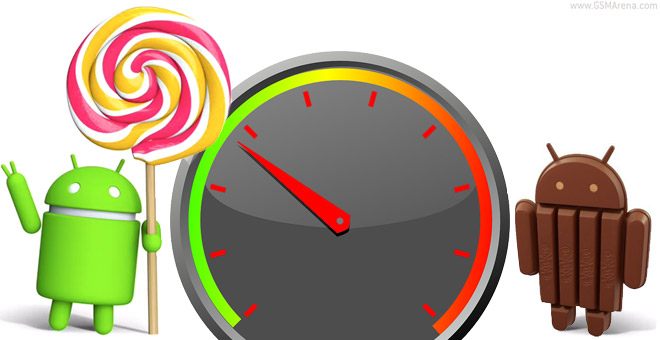 So, does Lollipop improve performance or make it worse? Read on to find out. END_OF_DOCUMENT_TOKEN_TO_BE_REPLACED