The Ubuntu Edge jumped past the $10 million mark today and as of the time of writing has gathered $10,386,000 in its (doomed) crowd-sourced funding campaign. 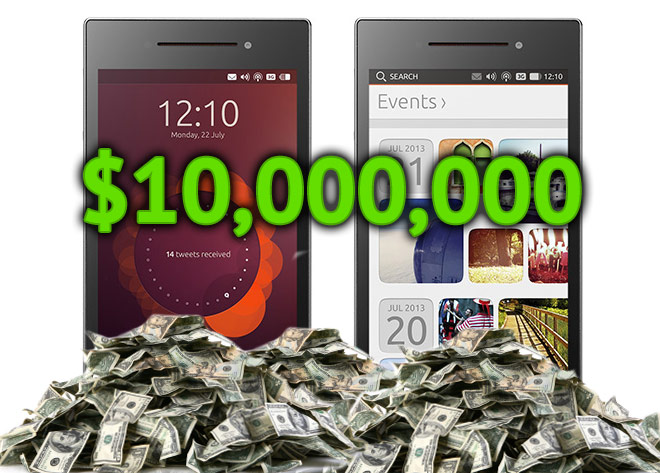 The first couple of days of Canonical’s Ubuntu Edge crowd-funded campaign went pretty well. The company raised a bit over $2 million in the first 24 hours, but since then, the whole project has slowed down too much for it to become successful.

Achieving more than $10 million in a crowd-funding project allowed the Ubuntu Edge to overtake the Pebble smartwatch and the Scanadu Scout tricorder, and set a new record for most funds raised in this sort of campaigns.

According to Canonical founder Mark Shuttleworth, the Ubuntu Edge hybrid smartphone has managed to get the attention of some manufacturers (he didn’t name which) and has a pretty good chance of making it to production, despite the failure of its campaign.

Follow the link below for the full set of details regarding the concept smartphone.