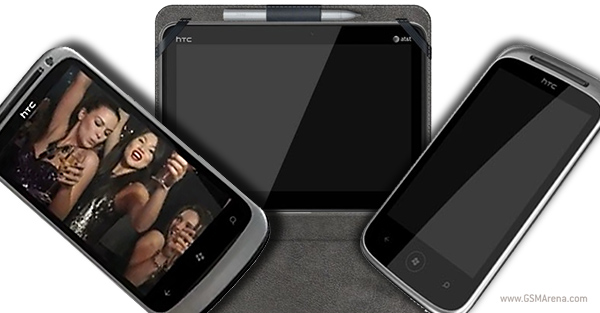 No less than six unannounced HTC devices are doing the rounds on the web and we suspect the Taiwanese will be officially unveiling some of them in London. There are three Android smartphones, a couple of WP7 handsets and a tablet. Here’s what they are about:

The HTC Vigor leads the Android charge with its 1.5GHz dual-core Qualcomm processor and a 4.3-inch 720p display. It should also pack an 8 megapixel snapper that will be doing 1080p video recording. The Vigor is, reportedly, the first handset in the HTC Beats lineup (backed up with Beats by Dr Dre sound innovations) and is going to run on the Android 2.3.4 Gingerbread skinned with the latest HTC Sense 3.5 UI. 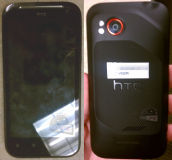 The other HTC Android smartphone that leaked repeatedly recently is the HTC Bliss. A handset reportedly targeted at the ladies out there, the Bliss sports a 3.7-inch display and a mid-range camera (5 megapixel or so). It will have an 800MHz single-core processor with the Adreno 205 GPU, Android Gingerbread 2.3 and Sense 3.5 UI.

HTC Holiday and HTC Lead complete the Android smartphone tally. The two are said to be joining the first wave of AT&T LTE devices. Both should offer a 1.2GHz dual-core processor, Adreno 220 graphics and large screens (4.3″ WVGA for the Lead and 4.5″ qHD for the Holiday). Sure enough, these two might as well have their GSM versions.

After the initial leak, though, we’ve only seen evidence of the HTC Holiday continued development, so the Lead might have been a dead-end street. Most recently, we got news that the HTC Holiday will actually retail under the name HTC Rider. 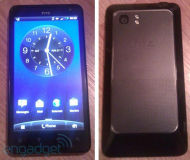 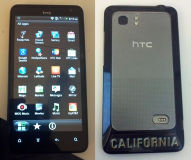 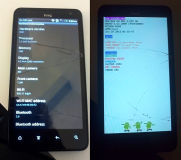 One of the most certain announcement to come at the HTC event is their first Honeycomb-running slate – the HTC Puccini. The 10″ tablet is another AT&T-bound device, which will quite possibly jump over the ocean and look for an European presence as well. The tablet reportedly also features an LTE radio and support for the HTC Scribe capacitive pen input. 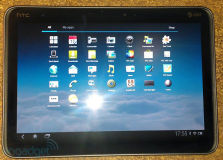 The other Puccini specs that have been revealed before the official announcement include a 1.5GHz dual-core processor, 1 gig of RAM, 16GB on-board storage, an 8 MP snapper with dual-LED flash.

On the Windows Phone 7 side of things HTC has at least two smartphones in the works – HTC Eternity and HTC Omega. The first of those should feature a huge 4.7″ Super LCD screen, a 1.5GHz single-core CPU and an 8MP camera at the back.

As for the HTC Omega you can expect a 3.8-inch SLCD WVGA display, an 8 megapixel snapper with LED flash plus a 720p camcorder and, again, a 1.5GHz processor. Rumor also had it that the Omega official name will be HTC Radar. 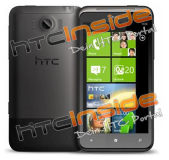 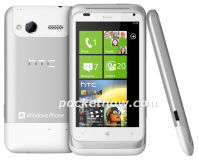 Most importantly, these two should come with Microsoft’s latest Windows Phone Mango edition, as coincidence will have it, September 1st is the official release date for this major update of the mobile OS.

We also shouldn’t forget the long rumored HTC Bresson – a 16MP monster of a camera phone with an unknown OS and perhaps, even the WP7 touting HTC Prime and HTC Ignite (all codenames, sure enough). 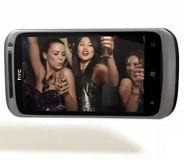 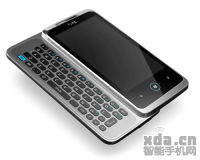 So that’s all the HTC devices that seem in contention. We don’t know how many of them will actually get announced, but we’ll be there to cover the event and we are hoping to really busy.