The 7-inch Kindle Fire HD and the updated Fire are available now, basic Kindle e-reader too 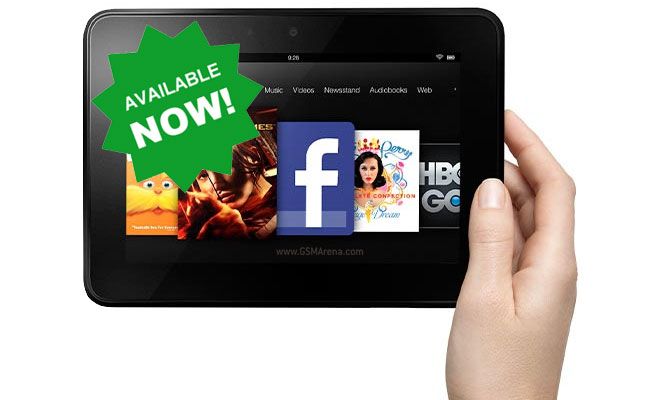 The basic Kindle e-reader is also out now.

The new 7″ Kindle Fire HD has a better screen (with 1280 x 800 resolution, polarizer and anti-glare tech), it also has Dolby stereo speakers, more internal storage and is actually thinner than the original.

Only the 16GB version is available at the moment for $199, the 32GB version will come on October 25.

As for the updated Kindle Fire, Amazon gave it a faster CPU, doubled the RAM and improved the battery compared to the original. This one is available only with 8GB storage but is cheaper at $159.

The basic Amazon Kindle e-reader received a price cut and now costs just $69. That is the version with ads though, it will cost you $89 to get the one without. This model doesn’t use the new Paperwhite screen like the higher-end Kindle (which is coming October 22).

Amazon will be bringing the updated Kindle Fire and Fire HD 7″ to the UK too, but they are still on pre-order there. Unlike their American counterparts, these won’t net you a free year of Amazon Prime.

What is available though is the price cut for the basic Kindle e-reader, which costs £69. This one doesn’t include Amazon’s “special offers” (a.k.a. the ads).