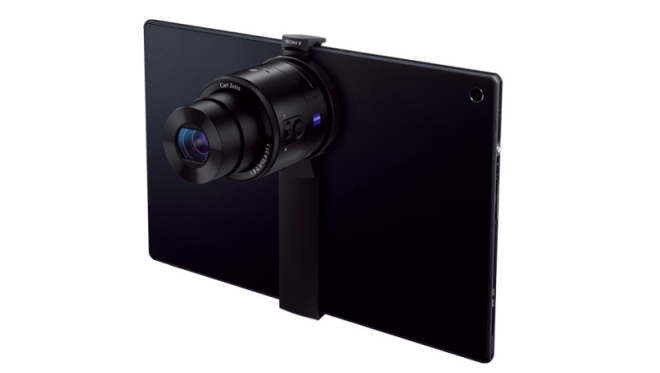 Carrying the model number SPA-TA1, the tablet attachment is set to launch in Japan in the beginning of April. It will ship with six different arm sizes – from 85mm in width, all the way to 190mm. The mount which ships with the camera lenses tops out at 75mm of width, therefore leaving owners of devices such as the Sony Xperia Z Ultra in need of a dedicated case.

The Sony SPA-TA1 will be priced at ¥3,675 when launched (about $36) when available. Details on its availability in other markets are yet to be announced.