The new Samsung NX3000 smart camera is a selfie-obsessed NX1000

Samsung just unveiled the NX3000 smart camera – an interchangeable lens camera with advanced connectivity features. It goes back to relying more on hardware controls than on touchscreen controls, similar to the NX1000. 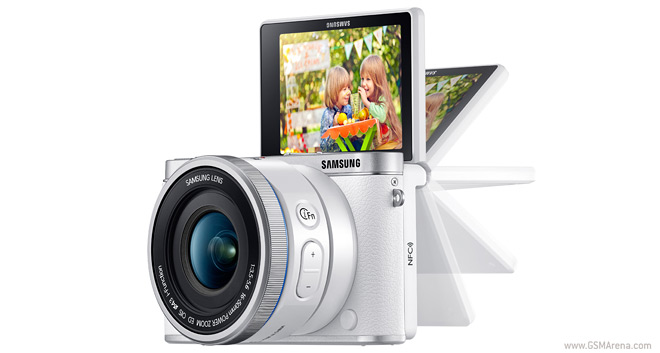 It has a 20.3MP APS-C sensor that can record 1080p videos, the same basic specs as its two predecessors.

So what’s changed? The screen went down in size to 3″ (down from 3.7″ on the NX2000) and in resolution – the new camera has an HVGA screen (compared to VGA on the NX1000, WVGA on the NX2000). It is a flip-up display though, plus Wink Shot for those all-important selfies.

This is done with the SmartCamera 3.0 interface over Wi-Fi b/g/n. NFC is available for easier pairing too. Despite the size of the NX3000, it relies on microSD cards for storage (as did previous models).

The Samsung NX3000 will be available in mid-June, but there’s nothing yet on the launch price. The NX2000 launch price was $650 / €649, so we are expecting this one to be slightly cheaper.