New details on the QWERTY slider Motorola DROID 3 for Verizon

The DROID 3 is another Motorola upcoming smartphone that keeps leaking ahead of its official announcement. We first met it this March along with the already available DROID X2 and the still unannounced Tagra. 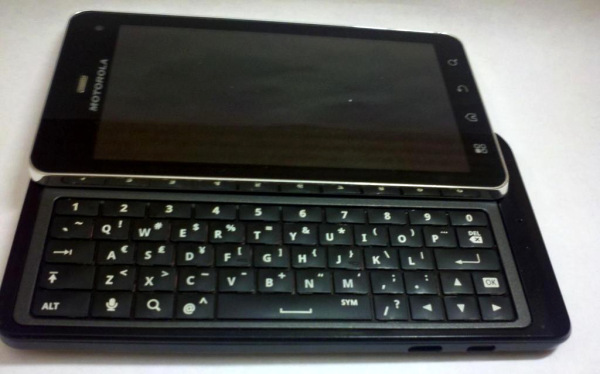 Today an anonymous tipster revealed a few more details about the DROID 3.

First and most important it appears that the DROID 3 won’t be an LTE-capable device. Despite Verizon’s aggressive promotion of its LTE network, it seems the DROID 3 won’t join the elite group of LTE smartphones in its portfolio.

The other spicy info concerns the DROID 3 chipset – according to the tipster it should be either NVIDIA Tegra2 or the TI OMAP4430 one, both featuring dual-core processors.

Finally we have some info on the camera department – the smartphone will supposedly pack an 8 megapixel snapper at the back and a 1.3 megapixel front camera for video calls.

Motorola DROID 3 is supposed to hit Verizon’s stores in June, so I guess its announcement should happen in the next few weeks.