Microsoft Surface Pro 3 is anything but easy to repair

In what’s clearly becoming a trend for Microsoft’s tablet line, the Surface Pro 3 has been torn down and found to be almost impossible to repair. 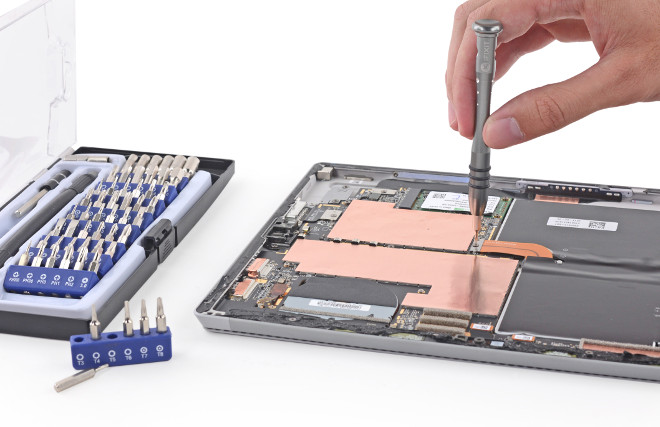 The exact same thing happened with its predecessors, the original Surface Pro as well as the Surface Pro 2. In fact, the three tablets share the lowest possible repairability score issued by the experts over at iFixit.

So while the Surface Pro 3 is a clear improvement compared to its older siblings in many areas, repairability simply isn’t any different. Don’t expect to easily mend the Surface Pro 3 if it breaks down, or upgrade certain bits, not even if you’re a professional.

There’s a big focus on heavy-duty adhesives in this device, as almost everything is glued in, and a myriad of unconventional connectors only make things worse.

The only thing that’s actually replaceable in the Surface Pro 3 is its solid state drive, but do note that you may very well crack the tablet’s screen trying to get to it. That’s because in its quest to make the Surface Pro 3 as slim as possible Microsoft has used very thin glass that doesn’t score well in the ruggedness department.