First off, here’s a video demo of ProFORMA if you haven’t seen it in action:

Whenever we get a new phone at our office, we always make a 360° spin (like this one for the LG BL20 New Chocolate). So, one of the first things that comes to mind is “ProFORMA + webcam + phone = instant 3D view”. Well, not quite. Putting a 3D model in a web page is not a very easy task and the ways to do it either don’t work very well or are not widely supported. 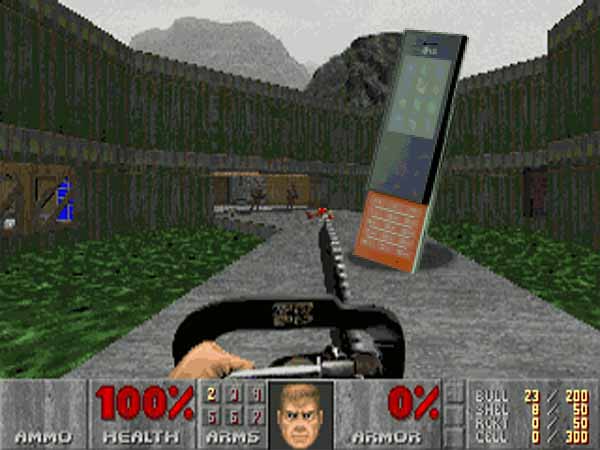 Papervision3D, for example, does 3D rendering in Flash, but it’s quite taxing on the CPU. There are even demos that do 3D with JavaScript, like this one. It uses OpenGL, but who knows, maybe after Direct2D makes its way into Firefox, they’ll do OpenGL next.

But I digress. In short it may be quite a while before 3D on the web is usable by most people and it wouldn’t really do much better than our current 360° spins.

Okay, second possible application. Google Street View. They drive around with a ton of cameras anyway, with something like ProFORMA they could make the 3D models of the buildings on the go. For now, the 3D buildings are made by people by hand, which is a tedious process. But how about instant 3D models wherever Street View is available? Then they’d have to rename Street View to Virtual Reality View. Throw in a pair of 3D goggles (there are plenty to choose from) and you’re all set to travel across the world from the comfort of your couch.

Travelling has never been easier… pass the popcorn

The third application that came into my mind is “movies”. While watching Beowulf I was wondering why you’d pay actors to do a role, then have 3D artist model, animate and render 3D versions of the actors doing the roles. It seems like getting to the second floor of a building by first climbing to the 10th floor using the stairs and then get on the elevator to get down to the second. But if ProFORMA is really as good at capturing 3D models as it seems, then the whole process would be simplified greatly.

And it’s not just for 3D animated movies, having a perfect 3D model of the actor plus a bit of animation means scary, dangerous (and expensive) stunts can be done much easier and still look good. Or you could do a 3D scan of, say, Charlie Chaplin and (copyrights permitting) make a new movie.

Well, these are the first three suggestions I could think of, but I’m sure there are many more. Good luck to Qi Pan and his team and I hope they make good on their promise to release a demo for download.