One of the main focuses on this year’s Google I/O is going to be Android Wear and products such as the LG G Watch and Motorola Moto 360 will take center stage. LG’s first Android Wear smartwatch has popped up today in a retail listing, which suggests a price tag of $255. 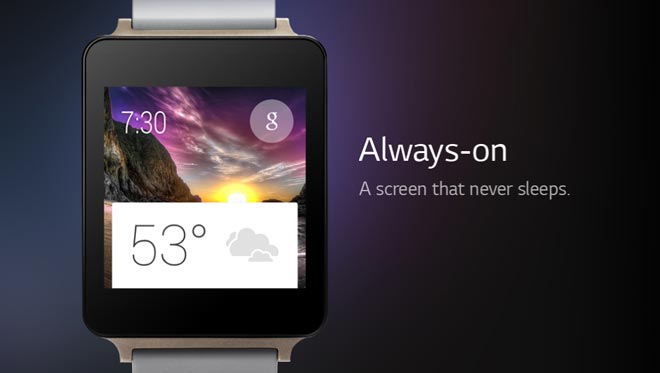 The price isn’t yet confirmed and there’s every possibility we could see the G Watch retail on the Google Play Store, too. In terms of availability, we should expect the watch to go on sale on July 7.

Earlier, a rumor floated around stating the G Watch will hit Europe for €199, which is in line with what the current listing states. As far as specs go, the G Watch should sport 512MB of RAM and 4GB of internal storage. Its display is of 280 x 280 pixel resolution and LG markets it as a “never sleeping” one.

We should know more at tonight’s Google I/O Keynote, which kicks off 4PM GMT/5PM BST. We’ll be covering it live, so stay tuned!