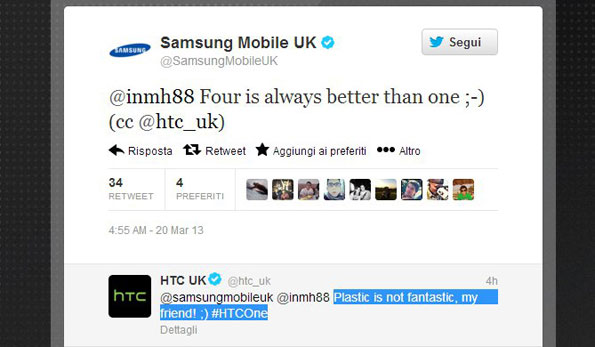 Naturally, HTC was quick to respond with their UK office even making the answer rhyme: “Plastic is not fantastic, my friend! ;)“.

Despite the emoticons used in both tweets, you can tell that the two companies are taking it all pretty seriously. Whether this is the right way to go about it is a whole different question, of course.

Both tweets date from March 20 and have since been deleted, and the tweets of the user they’ve replied to made private. Here’s hoping that both offices have realized their mistake and this is where these childish Twitter attacks end.