An official ROM from a hackers community such as the XDA? I know, it doesn’t make much sense on first sight, but bear with me. Think of this ROM as a leaked release of the official Samsung-made XXLS2 firmware. 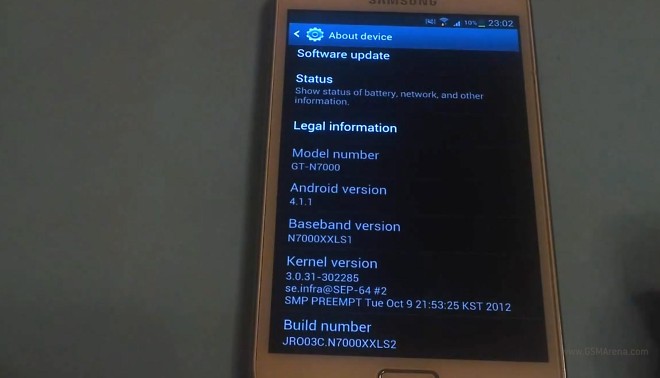 We’ve all known for some time that Samsung is cooking a delicious Jelly bean serving for the original Galaxy Note owners, but the company is yet to release that.

So if you cannot bear to wait any longer, here’s your chance of getting some new tricks running on your smartphone. What better thing to do over the weekend with all this bad weather coming up across Europe.

Here’s a userland video that shows some of the new features brought along with the update:

User reports say the ROM has been stable so far, but as usual with these things, if Samsung have not yet deemed it ready for release, there still might be some kinks to iron out. So make sure you know what you’re doing and always have a contingency plan.

So has anybody of you installed it already? Does it fix the black clipping issue?

Thanks for the tip, musashiro.