Extensibility may be iOS 8 best feature

Apple’s iOS has so far been a tightly controlled application environment where each app runs in its own sandbox and you hardly have any interaction between the apps. iOS is a place where you can’t even access one app’s files from within another one.

Well, as of iOS 8 this seems finally about to change (to a reasonable extent). Enter Extensibility. 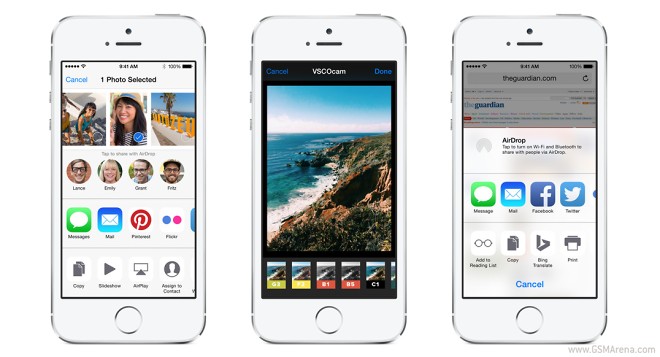 For the first time ever Apple will be giving developers access to enhance the core system apps and options.

Thanks to Extensibility, the iOS users will finally have a chance to add new stuff such as:

What I am still waiting for is a more meaningful way to utilize the lockscreen for delivering at a glance info of my choosing and an option to pick new default system apps – such as a new default Mail app or a new default web browser. Not to mention the lack of a split screen view on the iPad.

What about you? What is your iOS 8 favorite feature and which part of your reasonable wishlist has still not seen daylight?