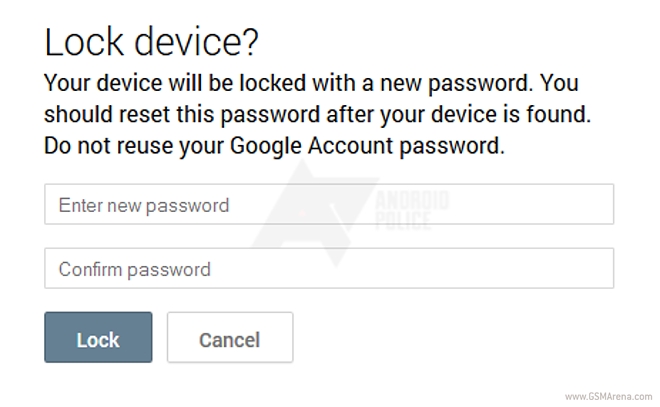 The Android Device Manager also offered you to wipe your device’s data or make your smartphone ring from the web interface. Now, it looks like Google is also set to add a few more features to its service, according to the leaked APK of the upcoming version of Google Play Service.

The teardown of the Google Play Service APK has revealed the addition of the remote password changing and device locking features to the tracking service.

There is no word on when the update would start rolling out, but in case you just can’t wait for the official update, then the APK file is available for you from the source link below.