The secret art of URL guessing – sometimes it pays off. Someone decided to add /apps after amazon.com and the upcoming Android app store was revealed. It was stocked with about 50 apps, some exclusive and some cheaper than in Google’s Market.

AndroidNews.de discovered the URL, took screenshots of the Amazon App Store and made a price comparison table between it and the Android Market…

The page has been taken down since but apparently wasn’t fully working even when it was up. Still, there were 48 apps and games were listed in the Amazon App Store. Angry Birds Rio (which will launch exclusively there) wasn’t on the list so, there will be more content added before the store launches.

Here’s a sample of what was available in the Amazon App Store. You can check out the full list over at AndroidNews.de along with the price comparison between the two app stores. 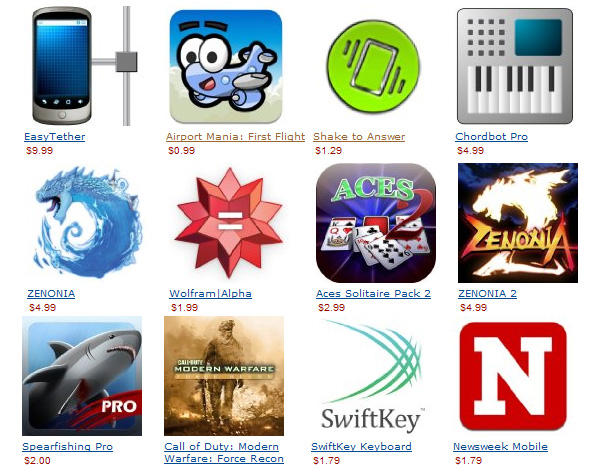 Among the exclusive titles was Call of Duty: Modern Warfare: Force Recon (now that’s a mouthful), while some apps like Scan2PDF Mobile 2.0 was a cool $2.50 cheaper in the Amazon App Store.

It’s getting crowded in the app store world, isn’t it?