Tablets and Motorola DROIDs are also on the menu but as you might expect Verizon is requiring a contract with almost everything. Check inside for the full list.

The DROID RAZR HD will come free with a two-year deal, the DROID MAXX has a feature spot, despite its $199.99 price being the same as right now, the same goes for the DROID ULTRA with a price of $99.99 – these two might be featured with a different, lower, price come Friday, November 29. 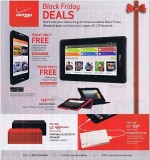 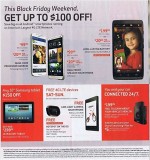 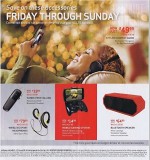 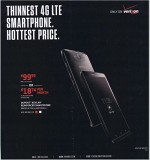 Verizon’s own Ellipsis 7 slate will be free and users will get (with a contract) $150 off any Samsung Galaxy slate. The Nokia Lumia 928 will be free on a deal as well. And then there are a number of accessories and misc gadgets on sale, which you can check out in the screenshots above.