Microsoft’s next big Windows release, codenamed Threshold, but which will probably be called Windows 9, is set to drop yet another controversial feature introduced in Windows 8. We’re talking about the (in)famous Charms bar. 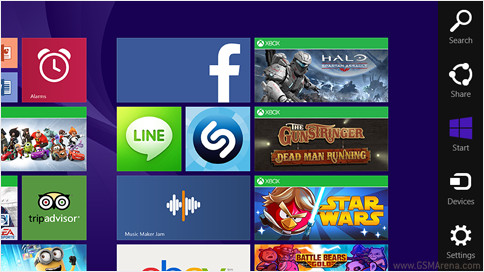 On a touchscreen device, this slides in from the right of the screen, and it’s reasonably easy to use (though not obvious that it’s there). If you’ve got a keyboard and mouse situation, however, you need to take your mouse pointer to either the top or bottom right side of your screen, let it hover there and then the bar “magically” appears.

It lets you search for things, share stuff, and get access to device settings. And in a new move that’s meant to make Windows work well with a mouse and keyboard again, the Charms bar will be completely gone from Windows 9. Previously, it’s been rumored that this version of the OS will get a proper Start menu back, as well as support for windowing of “modern” (read: Metro) style apps.

Interestingly, Charms won’t only be killed for desktops, but it will be wiped from all versions of Windows – so it won’t make an appearance on tablets or laptops with touchscreens either. That’s because “modern” apps will get title bars that will include menus with the components of the Charms bar in them.

Windows 9 is also set to add virtual desktops, something that competing operating systems have enjoyed for quite a while. In a similar manner to switching apps, you’ll be able to switch between a few different desktops – and in each one of those you can run any apps you want.

Microsoft’s goal with the next release of Windows is to make it a more enticing offering for those who still run Windows XP, Vista, or 7. A public preview of Windows 9 may come out this fall.