The latest technical preview of Windows 10 showcases the integration of Cortana. Similarly to Windows Phone 8.1, the virtual assistant will react to voice and text commands and deliver necessary information. 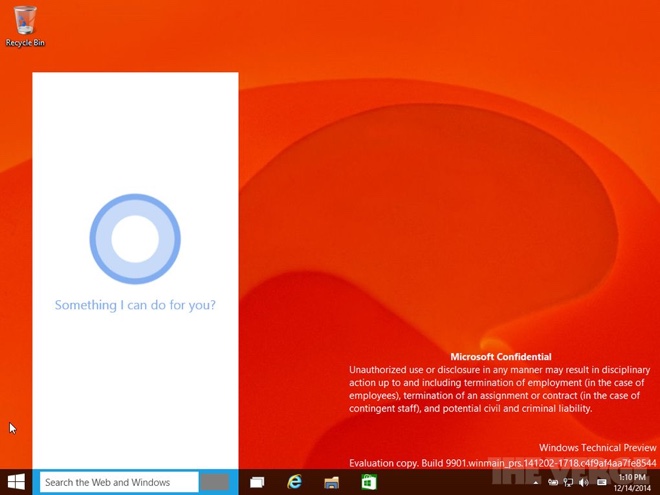 It is worth noting that Cortana integration into the OS is still at an early stage. By the time Windows 10 reaches customers, its functionality can change noticeably.

A brand new Xbox app is also part of build 9901. It offers access to a number of Xbox goodies, including achievements, friends’ lists, activity feeds, and content storefront. Rumor has it that a future version might contain SmartGlass integration too. 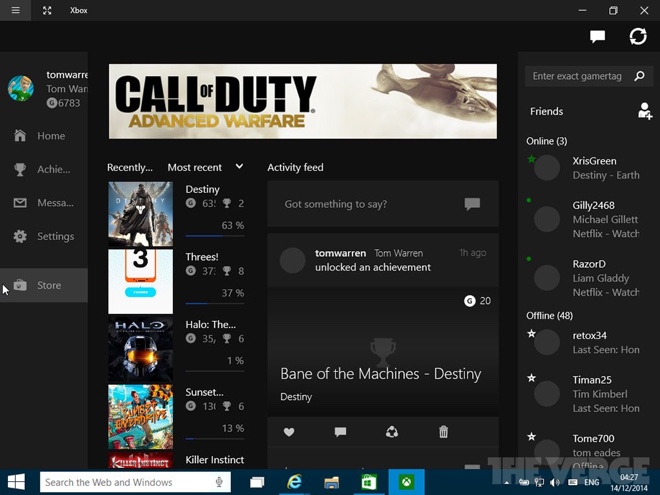 New animations to the task switcher are also on board. Access to settings has been improved as well.

Finally, the leaked OS build reveals an updated Windows Store app. The latter might soon bring Xbox Music and Xbox Video integration at some point in the near future.