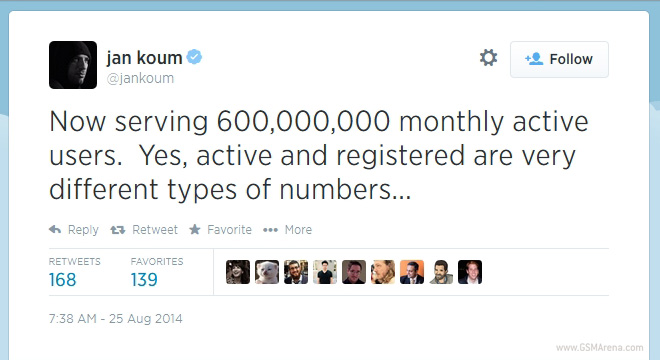 The CEO was quick to point out that it’s active users, that is, people actually using the service everyday, and not just registered users, which would be a bigger number but a lot of those people won’t actually be using the service.

This makes the milestone all the more impressive and shows once again just how popular WhatsApp is. The service may not be popular in America but in the rest of the world, and especially in developing markets, WhatsApp has an unwavering fan following, especially since the service is available on practically every mobile platform, including low-end feature phones. For example, 60 million of WhatsApp’s current active users are from India.

The company was recently acquired by Facebook for $19 billion, although it has remained unchanged and operated independently despite that.