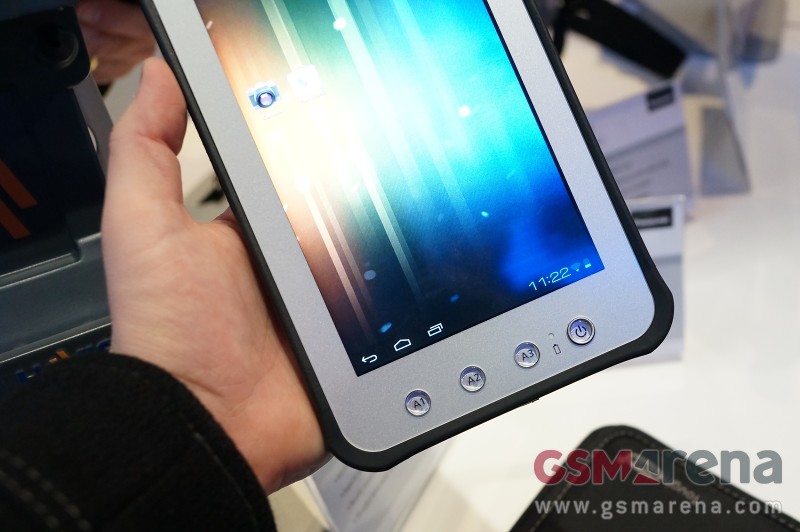 Being mobile-loving as we are we decided to have a closer look at the JT-B1 and we’ve got the hands-on below.

As suggested by those official images and the specs sheet the thing is built like a tank and feels every bit as rugged as you would expect from just such a device.

The screen isn’t anything special, though, and we did notice that it’s not as responsive as we would have liked. It could be due to the pre-release status of the units available at the Panasonic booth, but we suspect the extra tough glass protection has something to do with that too.

The Panasonic JT-B1 up front

The whole tablet feels much larger than your typical 7-incher and is very thick, but that’s hardly shocking news. The weight is also pretty badly affected by the added armor, making this one of the hardest to wield 7-inchers.

A look at the back

We like the rubbery accents to the cold metallic body as they allow a better grip and will undoubtedly prove priceless if you happen to drop the tablet.

A look from the sides

We suggest you not drop the JT-B1, however, as it does start at $1199 and you know, could brake someone’s leg.