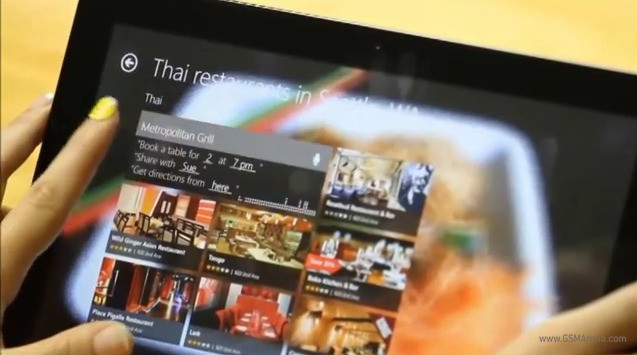 Apparently before the name Cortana was chosen to be used for the assistant’s public release, it was going by Project Louise. And Microsoft Research had it running on a Windows 8 tablet a long time ago.

That’s what can be viewed in the video embedded below. Someone is using Cortana to search for Thai restaurants in the Seattle area, and then even to make a dinner reservation at one of those.

That’s about it, as you can see. This video offers only a very short glimpse at what could be if Cortana ever lands on desktops and tablets. And there’s really no reason why it shouldn’t make the jump from phones onto bigger devices – so let’s hope this will happen sooner, rather than later.

To learn more about Cortana in its current, phone-only iteration, check out our review of Windows Phone 8.1.