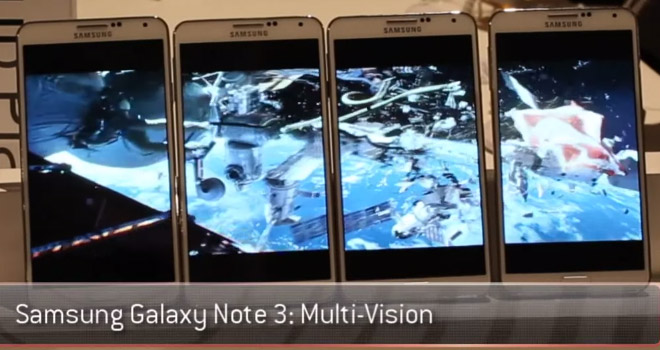 Multi Vision on the Samsung Galaxy Note 3 allows you to stack up several devices and get a bigger resulting screen area for your content. But really? It’s sounds way cooler than it’s useful, because… you know… who has four of these just lying around?

Check it out in our short hands-on video below.