Now here’s an intriguing Android screenshot. You notice that Sync Music option down there? Yep, I thought so too.

Obviously Google is hard at work on some sort of cloud-based music-syncing service. My guess is it’s primarily for Chrome OS but it will obviously find place on all Android handsets out there. Or at least the ones with the proper Android version, right? 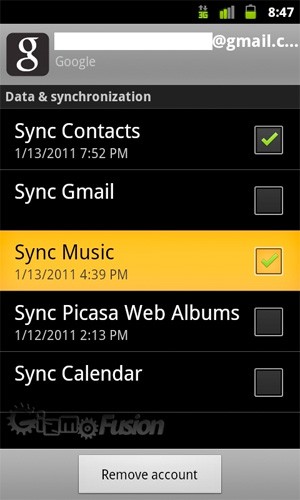 Unfortunately, so far we don’t know which OS version would that be. Since Android 2.3 Gingerbread is already out there, we’re guessing 2.4 Ice Cream Sandwich or whatever comes next. It could even be the tablet-oriented Honeycomb.

Either way, Google has already hinted the company is working on a cloud-based music service at last year’s Google I/O conference, so it’s only a matter of time until we see it up and running.