The Apple iPhone 5 uses an 8MP sensor by Sony

Sony has long been the key supplier of imaging sensors for the iPhone and other high-end smartphones. As it seems, the iPhone 5 again uses Sony’s tech for its main camera module. 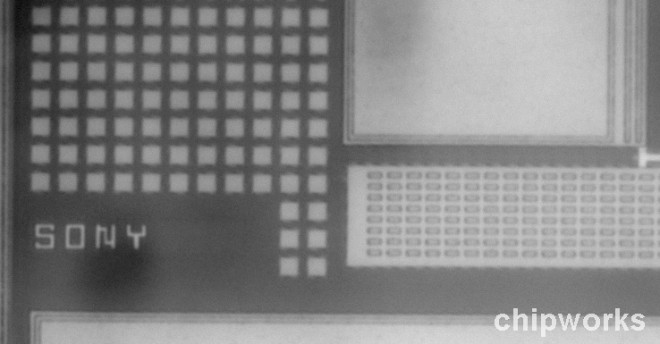 A closeup shot revealed the Sony branding on the iPhone 5 image sensor, though no specific model number was found. In contrast, the iPhone 4S image sensor has already been identified as a Sony IMX145.

The front camera however is manufactured by another maker. Chipworks, who did all this analyzing under the microscope, found that the front-facing camera sensor on the iPhone 5 was made by OmniVision.