Rumors, leaks and photos of the Apple iPhone 5C, a more budget-oriented variation of the next iPhone 5, just keep on coming. The latest one comes from Taiwan, where a local singer and actor Jimmy Lin posed for the camera holding the phone. 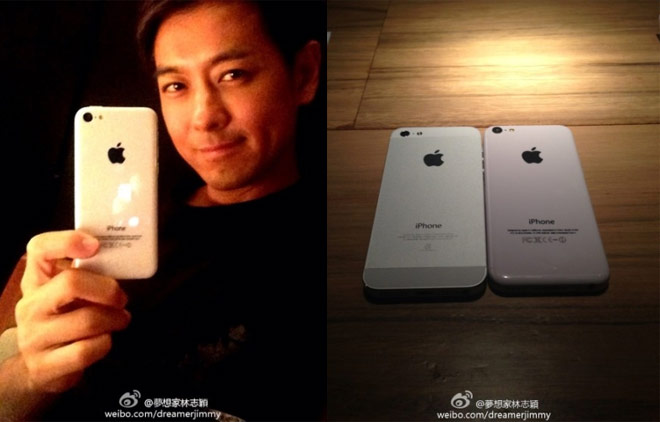 If you don’t know who Mr. Lin is, he’s a very famous musician, actor and even a former race car driver from Taiwan. This gives the photo of him holding the iPhone 5C and then placing it next to an iPhone 5 a lot of credibility.

The device itself looks similar to many of the other leaks we’ve encountered so far. The bottom of it looks weird and appears to have all the ports and speaker grills missing, but that might only appear like that due to the poor lighting.

The existence of the Apple iPhone 5C was further confirmed some days ago, when iPhone case maker SPIGEN posted its Amazon listing of cases for the budget iPhone.

According to a report, Apple is expected to start selling the iPhone 5S and iPhone 5C on October 25. Apple’s announcement event is expected to happen on September 10.