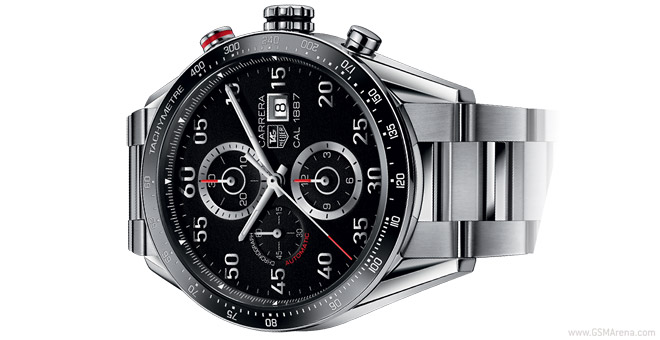 Not much is known about the watch itself, other than it will cost $1,400. That’s about the price of an Apple Watch with a stainless steel case and link bracelet.

The Swiss watchmaker officially announced that it has partnered with Intel and Google the develop the hardware and software. The design of the TAG Heuer smartwatch is said to be based on the Carrera (pictured above).