Sony announced a new 13″ VAIO Z laptop, which makes even the S Series model look chubby. Long story short, the new Z Series puts an Intel Core i7 processor in a body that weighs less than 1.2kg and is thinner than 17mm. 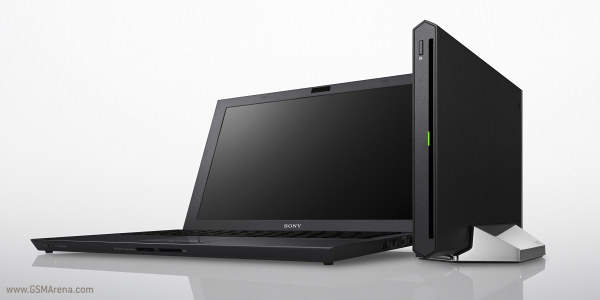 There’s also a clever dock that houses a discreet video card and a Blu-ray drive (which is great as neither of those two have a place on a portable device if you ask me). And typically for the Z Series, the laptop weighs less than its price in gold.

The Power Media Dock (which is optional) packs external graphics AMD Radeon HD 6650M with 1GB of video RAM and a Blu-ray writer (Blu-ray reader and DVD writer options are available too).

The Sony VAIO Z can go up 7 hours autonomously or up to 16.5 hours with the sheet battery.

The UK configurator for the VAIO Z is up and running if you care for some window shopping.