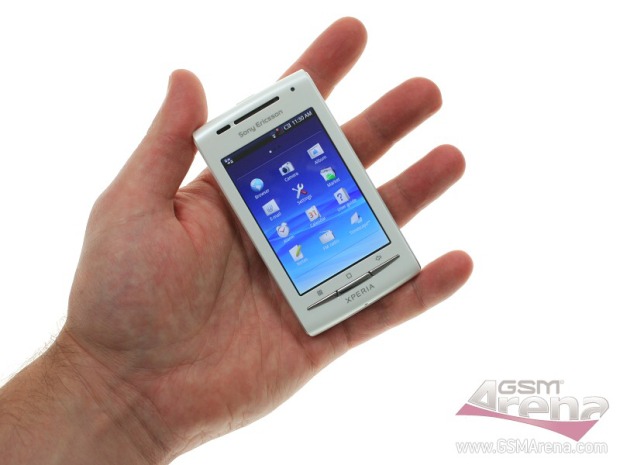 For the XPERIA X8 Sony Ericsson has used the same single-widget-per-single-page homescreen layout that we saw on the X10 mini. They’ve gone for that since X8 has a relatively smallish screen. I think 3-inches is as low as Android smartphones with HVGA resoution have gone down.

So yes, it’s a pixel-dense screen (3-inches, 320 x 480 pixels) and any other layout would have made some items on-screen a bit too small. I can see the logic, but I’d still prefer the regular layout, which is more feature-rich. But that’s just me, I guess.

We’ve prepared a not-so-short video demo to take you throughout the interface. As you will see, X8 performs admirably in most situations. It’s a great compact smartphone, which, as we hear, would be pretty temptingly priced (rumored at 200 euro). So enjoy the show, we’ll get back to you with a more detailed preview in our regular fashion.

P.S. This baby is still a pre-release version, so software changes are likely, though I’d say, there won’t be anything major.