Second generation Google Nexus 7 leaks out in a press photo

The highly anticipated second generation of the Google Nexus 7 made a couple of unofficial appearances. The upcoming ASUS-made slate showed up in a press photo, as well as a BestBuy print catalogue. 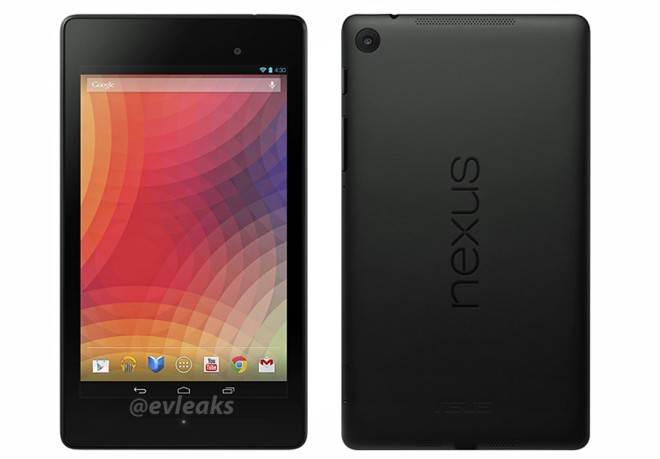 Both alleged images of the upcoming Nexus 7 fall right in line with previous leaks. The BestBuy ad points at a screen resolution of 1920 x 1200 pixels. It also confirms the $229 price tag for the 16GB version of the slate. 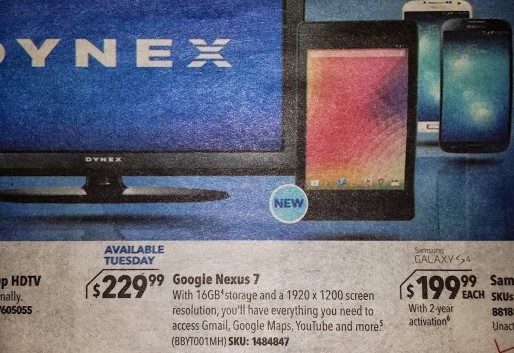 The second generation ASUS Nexus 7 is all but certain to break cover at an event hosted by Google this coming Wednesday, July 24. We will be covering it as it unfolds, so be sure to tune in for the full scoop on the slate.