Purported second generation Nexus 7 leaks out in photos and video

Hot on the heels of the pricing details from yesterday, the second generation Nexus 7 made yet another appearance. This time around the highly anticipated tablet allegedly showed up in photos and video footage. 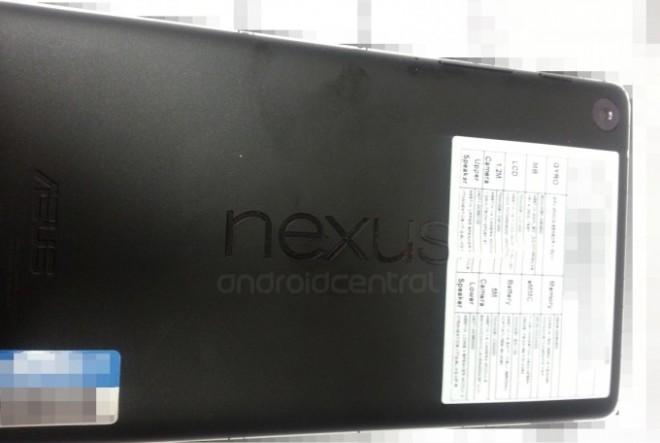 The images unsurprisingly reveal an ASUS-made tablet with a 7″ LCD display and a duo of cameras which include a 1.2MP and a 5MP unit, located on its front and back respectively. The listed SoC of the leaked device is reportedly a Qualcomm’s APQ8064 Snapdragon S4 Pro – right in line with past reports.

Allegedly, the slate from the above images packs a whopping 4GB of DDR3L RAM. Unsurprisingly, models with 16 and 32GB of built-in storage are expected at launch. The unit from the leaked images is said to boot Android 4.3 Jelly Bean.

You can see a video of the alleged second generation Nexus 7 below.

The second generation Nexus 7 is expected to break cover next week, on July 24 at an event in San Francisco.