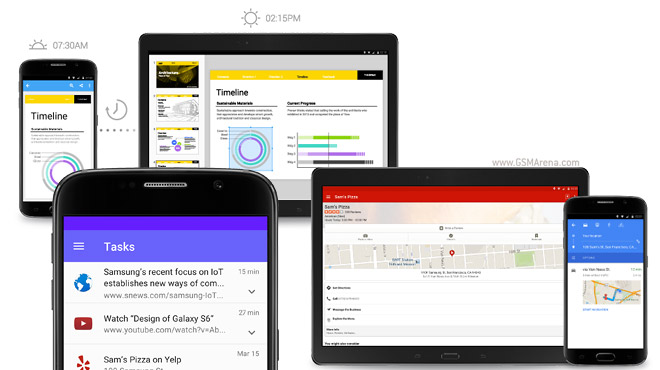 Currently, Flow is in beta, available only on the latest Galaxy S phones (S5, S6, S6 edge), Note 4 and Note Edge, the Galaxy Alpha and the Galaxy Tab S tablet. Also, the app seems to region-limited to the US.

Developers can add support for Samsung Flow, some apps already work with the new service – the web browser on Galaxys, Google Maps, Yelp, Sondcloud and others.