Today Samsung announced it is pushing its 3.2TB NVMe PCIE solid state drives in mass production. The SSD is based on the 3D V-NAND flash memory technology and will primarily be used in high-end enterprise server systems. 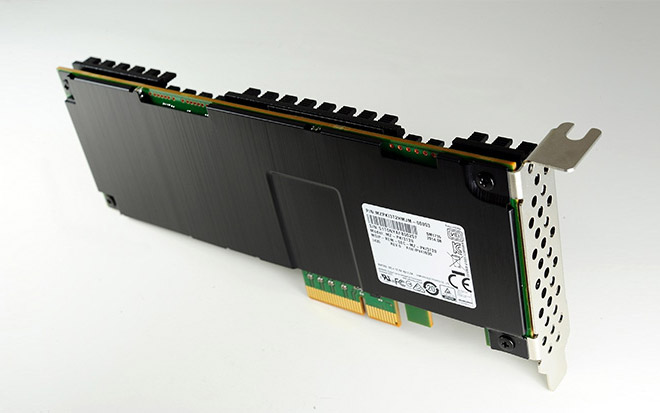 However, this doesn’t take away from the awesomeness of the drive. It reaches sequential read speed of 3,000MB/s and writes sequentially at up to 2,200MB/s. The random read/write IOPS are 75,000/130,000 respectively, which is really, really fast.

Reliability of such hard drives is measured in drive writes per day (DWPD) and the Samsung 3.2TB NVMe SSD manages 10 DWPD for five years, which is impressive and key in enterprise storage.

Pricing isn’t known yet, as you’d probably won’t find these SSDs in your local PC store.